Thuso Mbedu has won another Award 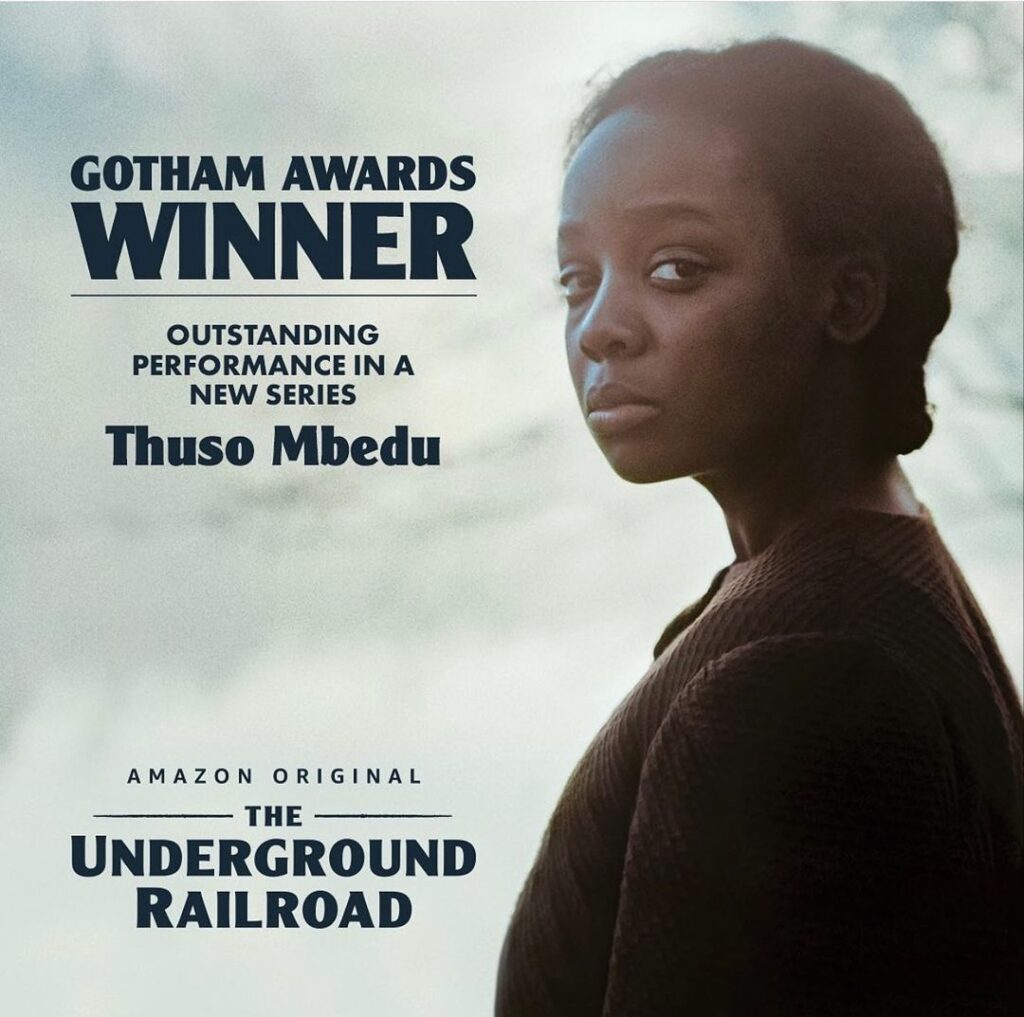 For her portrayal of Cora in The Underground Railroad, Thuso Mbedu of South Africa tied for Outstanding Performance in a New Series.

In Showtime’s The Good Lord Bird, the 30-year-old actor co-stars with Ethan Hawke.

“Waking up to a slew of missed calls from my manager, fearing I’d missed my pickup (for the first time in my life), only to be informed of this fantastic news.”

“What a delightful surprise. Mr. Ethan Hawke and I are tied for first place. @thegotham, thank you so much.
“It’s both humbling and inspiring,” Thuso wrote on Instagram after the announcement.

Thuso won the TV Breakout Star award at the Hollywood Critics Association TV Awards earlier this year for The Underground Railroad, and she will star with Academy Award winner Viola Davis in the upcoming feature picture The Woman King. Gina Prince-Bythewood, who most recently directed The Old Guard, will direct The Woman King.

Outstanding Performance in a New Series

Best Performance by an Actress

Best Performance by an Actress

Best Actress in a Limited Series or TV Movie

Best Actress in a Motion Picture or Limited Series