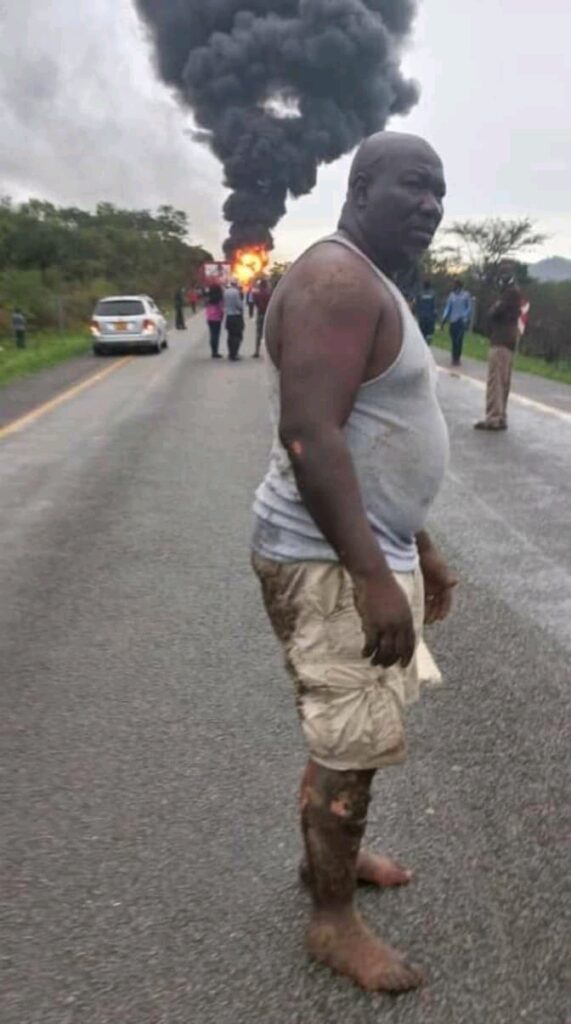 Image of Sirizani Butau who saved 8 people out of a burning bus.

Sirizani Butau has become a national hero in Zimbabwe after rescuing 8 people out of a burning bus. The bus collided with fuel tanker and it caught fire immediately. Butau did not take his phone to shoot a video of suffering souls but he sacrificed himself to rescue eight people out of the burning bus.

The president of Zimbabwe has recognised the selfless act of Butau and appreciated him as a national Hero.

He was speaking during the National Thanksgiving and Dedication Service in Bulawayo this Sunday morning.

“Let me take this opportunity to appreciate Sirizani Butau who saved people from the Mutare Accident . As government we will honour him for his selfless sacrifice,” he said

Butau was among the first responders at the fatal accident which happened 20 kilometres outside Mutare along the Mutare-Harare highway.

The death toll has reached five, and more than 20 are currently admitted to hospital for varying injuries.

Among those being nursed is Butau, a man who was not in the Beta bus, nor was he aboard the haulage truck it collided with.

He was driving another truck when he identified one of the vehicles which had been involved in the fatal crash.