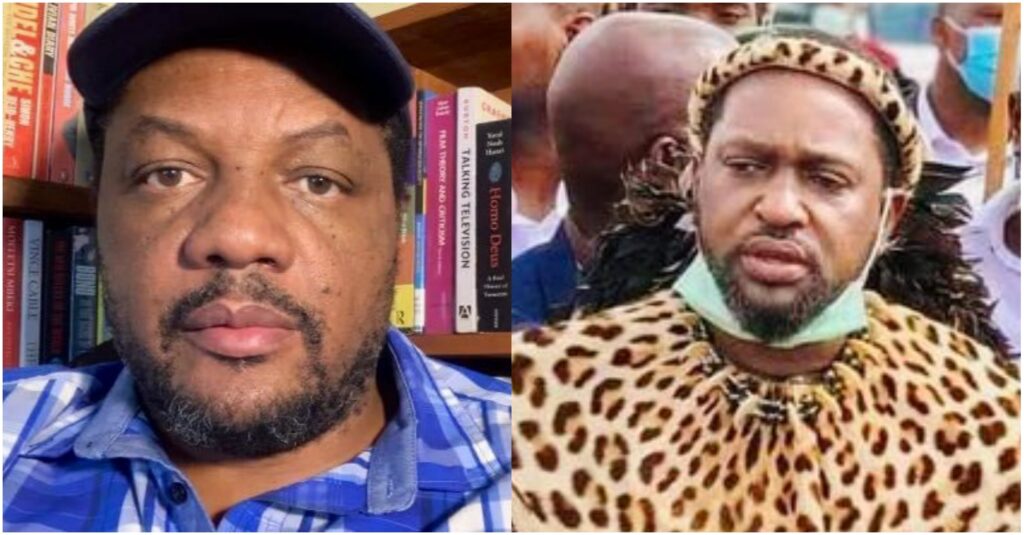 Who would have thought that the new crowned Zulu king ‘Prince Misuzulu Zulu’ would have a lookalike? Yes, he does! That lookalike has happened to be Hopewell Chin’ono.

Hopewell, who is a famous Zimbabwean journalist who exposed the current Zimbabwean government of corruption. This famous journalist who has been encouraging Zimbabwean youths to register to vote in order to bring change for their future has published a tweet that was fun for his audience.

This time in his tweet he was not encouraging anyone to fight for his freedom with his vote. Nor was he exposing corruption in the country nor doing a documentary. But he was just showing us something we have never noticed, but something he himself noticed and shared with the world.

The prince has been crowned the New King of the Zulu people and people are celebrating. Misuzulu is the surviving son of King Goodwill Zwelithini KaBhekuzulu. And he has been named King after the death of his father, King Goodwill and his mother Queen Mantfombi Dlamini of Eswatini.

Some social media users saw Hopewell as Prince and King of journalism for his work in Zim. But some found an opportunity to critisize.

Shona Manh said Hopewell looked like the Prince, “You look each each Each other.”