Nomvelo Makhanya featured in Netflix film ‘I am all girls’ 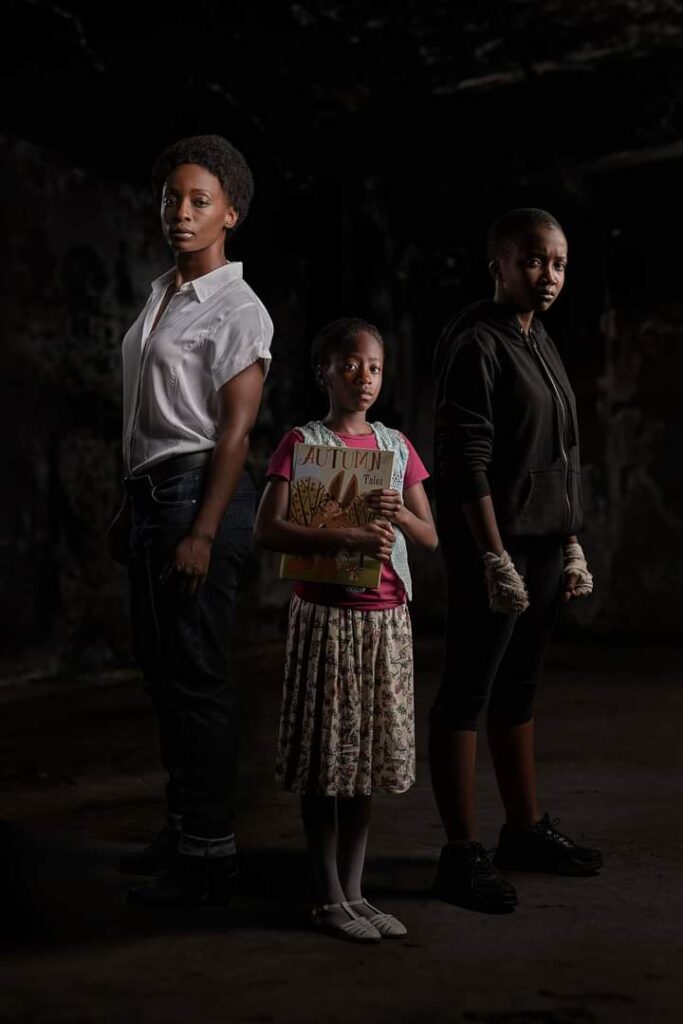 Nomvelo Mkhanya featured in Netflix film ‘I am all girls’

Nomvelo Makhanya has been featured in a Netflix film called I am all girls as Ntombi Bapai.

The film ‘I am all girls’ with the Character Ntombi Bapai played by Nomvelo Makhanya, Hlubi Mboya and Leshego Molokwane is set to appear this Friday on the 14th of May on Netflix. The film is starred by big actors such as Mothusi Magano as Captain George Mululeka, Brendan Daniels as Det. Samuel Arendse and Deon Lotz as FJ Nolte.

I Am All Girls drops this FRIDAY!
Starring the Unwavering @HlubiMboya
& @eeerica_w working to Bring Down a Global Trafficking Syndicate.
Join us at 6pm, 14th May on SPACES to discuss this Netflix Original South African Production
Support Local🙌🇿🇦#iamAllGirls #NetflixWatchClub pic.twitter.com/u3PfuXSFAe

The narrative of the film ‘I am all girls’

“In the dying days of Apartheid, a corrupt Government Minister, pays for young girls to be abducted by an infamous pedophile and sold. Once these girls are considered “used up” they are returned to be sold into low-end brothels,” narrative by ‘I am all girls Facebook page.

“One girl does not accept this fate. NTOMBIZONKE BAPAI (Hlubi Mboya) not only survives this ordeal – she plans on coming back from it. With a steely resolution, Ntombi educates herself in every spare hour in the dingy rooms between men, working to break her debt bondage and finally leaving the moment she can. Although she physically escapes, can she ever really be free? She qualifies as a forensic detective with one goal in mind: to find the men who stole her life, who stole so many others and stop them. No matter what.”

Related post: Mapula has been featured in a short film called Manong

“Our protagonist is JODIE SNYMAN (Erica Wessels), a tough but emotional special detective, leading the charge into child trafficking syndicates. But with scant government resources and the limitations of the judicial system, the traffickers are always one step ahead. With budgets allocated according to convictions, the department is losing not only momentum but credibility in a vicious downward spiral.”

The film is premiering on Netflix on May 14, 2021, where your favorite Scandal star, Nomvelo Makhanya who plays Lindiwe on etv is set to appear on the film.

The director of the Film, Donovan Mash, narrates the film as a journey,

“This film is shocking, deeply atmospheric, thrilling mystery and intense character journey into one of the most terrifying tragedies of modern times,” said Donovan Mash, the director of the film.

Watch the trailer of ‘I am all girls’ film below, dont miss out!

WATCH @iamAllGirls, a Nthibah Pictures thriller set against the dying days of Apartheid, centering around a notorious human trafficking ring that involved, amongst others, powerful politicians – Directed by Donovan Marsh#iamallgirls #Netflix #callsheetafrica pic.twitter.com/8Ut8EVY8Pz

Child actors, their ages and roles 2021