Mapula Mofole has received food parcel from SAFTA and Netflix 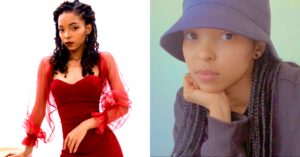 Mapula Mofole has received food give away from SAFTA and Netflix

The Rhythm City star, Mapula Mofole, has received food package from Daily Dish bought by SAFTA and Netflix and she is very grateful. Watch the video below!

From the her post it’s not clear why she received food from Netflix and Safta. Mapula who is known for her role of Mapula on the show (Rhythm City) that is soon coming to an end, is a SAFTA nominee and has been admiring Thuso Mbedu for getting a role on Netflix. It seems like there is connection between her receiving food parcel and her recent post since Rhythm City announced that its ending.

Related post: watch the last video of the Khuse Family from Rhythm City

“Waking for work… can’t believe RC days are coming to an end soon. It’s really been a journey of growth. I’ll always be grateful. Now I pray God opens new doors for me… so many great shows on SA tv I’ve been watching. So much talent!! I pray there’s a place for me” she said.

This is what she recently posted pertaining Thuso,

And on another one she said,