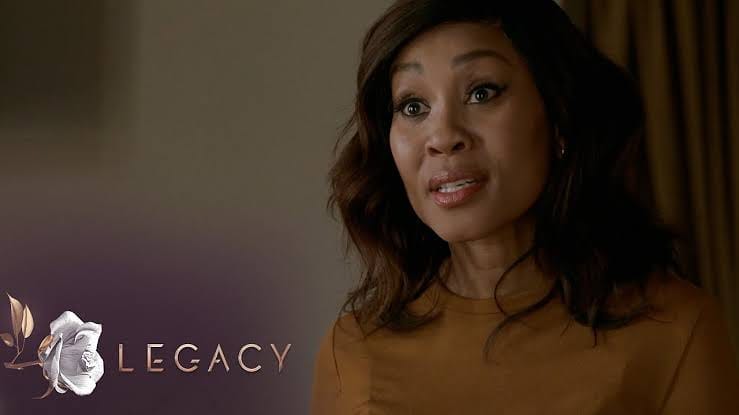 Legacy telenovela is coming to an end. Picture of Kgomotso Christopher on the Legacy.

When a new soap opera, drama series or telenovela is announced to begin, we get excited but ending it broke viewers’ hearts. Now like other soap opera and drama series that ended such as Rhythm City, Isidingo and Isibaya to name a few, we have Legacy telenovela ending next year.

M-net has announced that its telenovela called Legacy is coming to an end after running for not more than two years. The Legacy was officially released on 21 September 2020 and it’s now in its second season. It is produced by Tshedza Pictures, it airs on M-net and runs for about 25 minutes.

Tshedza – the production house for Legacy – will conclude the shooting of the second season in February 2022. However, the show will air until September 2022.

According to the Executive Head of Programming and Multichoice Group, ending the popular and award winning telenovela is a strategy that they’ve derived from the surveys with viewers.

“Our viewership surveys guide us to adapt our content to the evolving needs of our customers. While Legacy is a popular show, our M-Net 101 customers have indicated that they now want more limited series rather than long-running telenovelas. The success of our local strategy depends on how well we tune into what our customers would like to see on their screens,” says Nomsa Philiso, Executive Head: Programming, MultiChoice Group.

She went on to say that M-Net and Tshedza are on the same page about the strategic shift and will manage the impact on cast and crew. The two organizations have a lengthy working connection and will continue to collaborate on projects like the award-winning The River, which was just extended for a fifth season.

The co-owner of Tshiedza Productions also gave his remarks;

“Working with M-Net channel 101 has always been a dream for us as a company, and we thank the channel for their incredible support and encouragement in bringing Legacy to life. All our writers, crew members and actors have poured their hearts and souls into this project. We applaud MultiChoice Group for continuing to support local content and look forward to working on other exciting projects in future,” says Phathu Makwarela and Gwydion Beynon, co-owners of Tshedza Productions.

The Price family is at the center of Legacy, which is situated in the fast-paced world of investing millionaires. It’s a story of a family at odds with itself at its core. Kgomotso Christopher, Michelle Botes, Mary-anne Barlow, Siyabonga Thwala, Neil McCarthy, and others are among the cast members.