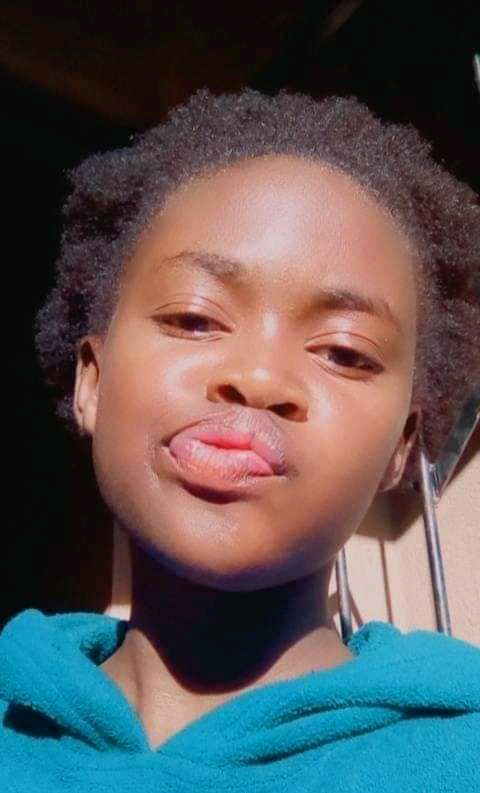 Lufuno Mavhunga, video clip and her (inputed) last words to the world, the Mbilwi secondary school young lady has left us early.

If they say bullying is traumatizing and dangerous, its neither a lie nor an assumption. For Lufuno Mavhunga, it took her life on Tuesday, 12 April after being bullied at school by her peers. Lufuno was a 15-year-old young lady who was victimized by bullies at her school for being different. This young girl was bullied over R5 at Mbilwi high school at Sibasa right , She later went home after the incident and COMMITTED SUICIDE.

Lufuno was bullied at her school of Mbilwi secondary school in Thohoyandou, Limpopo. And the bullying incident was captured on a video which trended amongst her school peers and on social media. This led Lufuno Mavhunga to commit suicide by drinking poison. Later on Lufuno’s video in which she was bullied trended on social media platforms of which the majority of those who saw it sought justice for Lufuno and published posts with hashtag “#justiceforLufuno”.

According to the department’s statement, they are shocked by a video clip of a grade 10 female being slapped. The incident took place at Mbilwi Secondary School, in the Vhembe East education district.

The statements reads as follows:

“The incident took place yesterday, 12 April 2021. In the video clip, other learners can be heard in the background cheering the perpetrator, who is also a grade 10 female learner. The victimized learner is reported to have since passed away, however the cause of her death is unknown at this stage. The department is awaiting a formal report on the cause of her death from the relevant authorities.
“The department has also noted another recording of a physical altercation incident involving grade 12 female learners from Nthuba High School making rounds on social media last week Friday. Details of this incident have been requested from the school principal on and due disciplinary processes will be undertaken immediately”, read the statement.
“It is quite disturbing to witness this level of violent behaviour among young people. We strongly condemn such conduct that has turned our schools into horrendous havens of those who have no regards for their peers. Bullying is wrong and will never be tolerated in our schools.
“We send our condolences to the family and friends of the deceased learner and pledge our commitment towards ensuring that all those involved in bullying incidents are made to face the consequences of their actions.
“It is important that we also capacitate our schools to strengthen enforcement of their code of conduct, especially on such incidents. Education is a societal matter, therefore putting the responsibility on all of us to ensure a safe learning and teaching environment” said MEC Boshielo.

Watch the video in which she was bullied.

The video below is the one in which Lufuno Mavhunga was bullied in front of her peers while some were screaming and shooting the very video. The young lady who was hitting her is a 15 years old girl from her school. In the video, Lufuno is seen trying to apologize, though it’s not clear, and she can be seen being beaten in front of her peers while she aint fighting back.

The girl in Black jersey went home and drink poison , after this incident.

They are from one of the best Schools in the country, Mbilwi Secondary. pic.twitter.com/xZHiLOVzM9

The 15 year-old who was bullying her was arrested

After her video goes viral all over South Africa, a hashtag of “#justiceforLufuno” also went viral and the department had to act to justify Lufuno. So, the lady who bullied her was arrested and we are still waiting to hear the proceedings of her case.

Lufuno spoke out to her family

Lufuno did spoke out to her family about the bullying incident and her family did showed concern but Lufuno remained overwhelmed and her best solution was to take her life away.  Her family is devastated and looking for justice, they also said their daughter was peace loving child. The students who bullied her have been suspended so far.

A controversal letter written on behalf of Lufuno to her bullies

In recent news published by enca, Lufuno didnt write a suicidal note or letter to her bullies but somebody made it up for her. The letter below is what seculated as her suicidal note. We appologize for inconvinience.

“Forgive me for what I did wrong to you and what I did to you wasn’t so big for you to embarrass me in the eyes of the whole country…Where will I find strength to sit in a class and learn? When they pointed at me, looked at me, laughed at me it caused a pond of pain…Your doings made me (to) lose hope.” She said.

“May the God help you continue with the journey where I left off…May you get educated and materialise the dreams I had for my mother for them to become true. My soul is not resting, it is not resting in peace. It was sent to death by those better than me. The mighty God must not sympathize with you, my tears that shed shall cause a cloud of curse upon them. I hope you are happy considering I’ve passed on..,” she added.[1]

There was no suicide note from the late #lufunomavhunga who committed suicide after being bullied at school. A pupil was seen repeatedly slapping Mavhunga in the video that was circulated on social media. #DStv403 #RIPLulu pic.twitter.com/lgBXjnAr09

Again she left us so soon. We hope Lufuno Mavhungo rests in peace! Her bully, Darlene Candy has appologized via her new facebook page which we could not confirm that it trully belongs to her.

Related post: A Mandela lookalike is looking for re-unitement with his Mandela Family

Some think Mbili school where Lufuno attended should be called Lufuno Secondary school to end the violence at this school because Lufuno’s bullying incident wasnt the first one on this school. Check the following tweets.