Kwesta accused of withholding gratitude payments to his producers 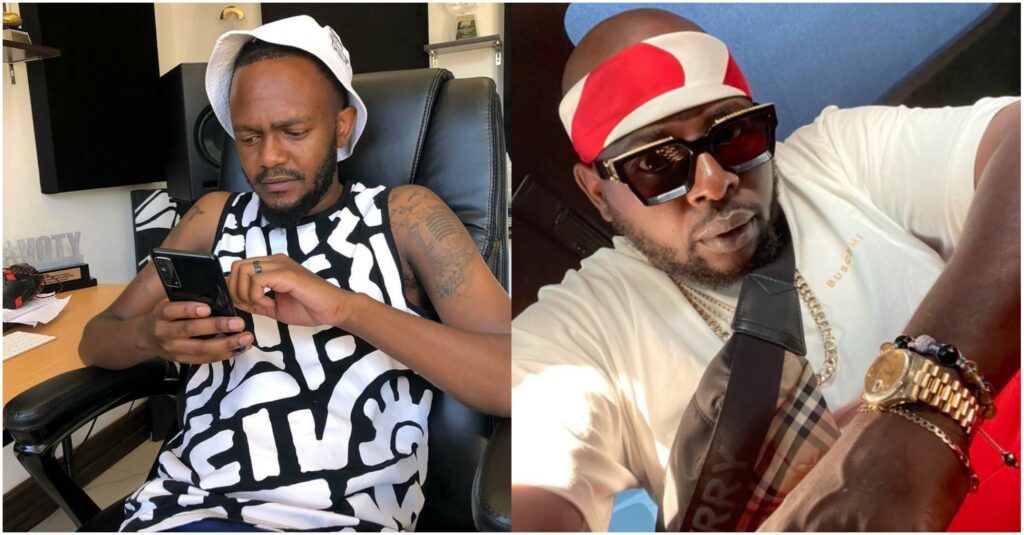 Kwesta accused of not paying Makwa and DJ maphorisa

Kwesta has been accused by his producers, DJ Maphorisa and Makwa, of not paying them for Ngudu sales.

Maphorisa said since Ngudu made millions of money why not just appreciate your producer, even with R20k. He said before the song became a success, it was him who produced the song. The DJ said Kwesta and Nota came to his house and stayed there for three days and had vibe with them producing three songs including Ngudu.

“…why don’t you come back to me and say here is R50 0000 just to show appreciation. I have never found a cent from (your) Ngudu, I have got no cent from the sales of Ngudu. I have never got nothing. So look now whats going on, Ke majita, it happens…we learn, we learn, I have room for disappointment. I understand they’re very new they’re getting shows its exciting but I never got a cent,” says Maphorisa.

Makwa has got similar complaints to those of Maphorisa

And Makwa has got his own complains against the Ngudu rapper too. Makwa went public on youtube show called ‘the Sobering Podcast’ whining and claiming that Kwesta used to send him painful messages while still recording with Maphorisa. He said Kwesta and his other gang would call him for consultation about how voices are mastered and about how studio technicality is done.

The Ngudu assistant producer Makwa was offered a car by Nota, who is believed to be the manager of Kwesta by the time but the car was in the name of Nota not Makwa’s name.

Makwa furthered his complains on ‘the Sobering Podcast’ saying he is in deep debts and cannot even afford rent while Nota, Leroy and Kwesta are living in mansions.

“If music is about family, how do you eat the money we collaborated for without paying me, without even showing me that we made so much? After this you say we are family.” Said Makwa.

“If you have children and you know the struggles that you must leave an inheritance for your children, how do you become such (a selfish) you are now? You know I went to these guys’ houses, they live in beautiful mansions while I, on the other hand, can’t even pay R7000.00 of rent.” Makwa continued.

Makwa said the car he is using is the name of Leroy Kgoza. He said he got nothing from the Ngudu sales too just like DJ Maphorisa.

These guys must sort this shxt out, aowa!
Makwa is crying pic.twitter.com/xgD0crmU4Q

But Maphorisa said Makwa is better because he got a car, which he said “that’s better than” than him who got absolutely nothing.

“What Makwa is going through? At leats they bought him a car and he managed to his own things.” Said Maphorisa.