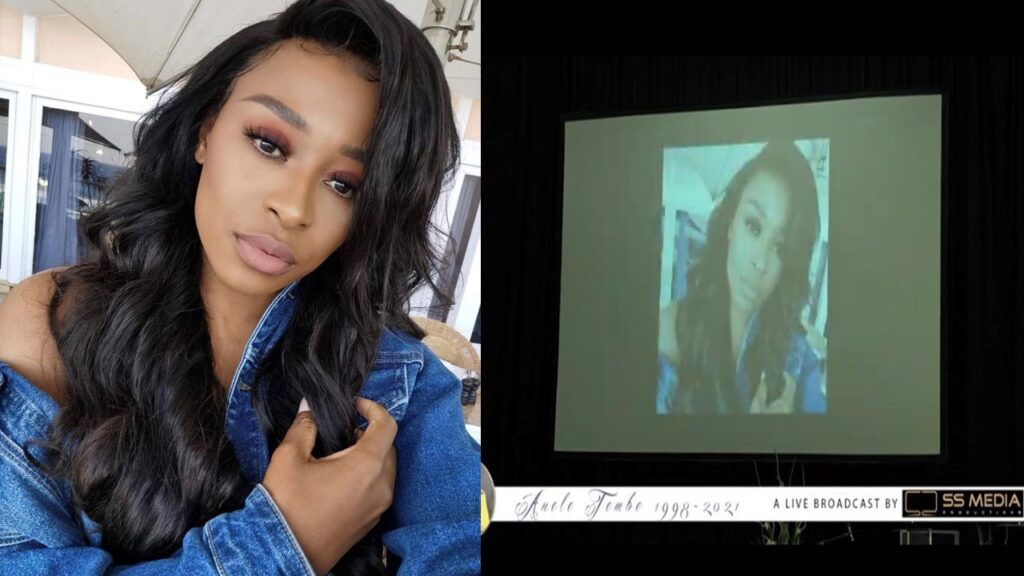 South Africa is shocked by seeing DJ Zinhle photos appearing on Anele Tembe’s funeral slides show. Anele Tembe also known as Nelli Tembe fell from a tenth floor in Cape town on Sunday, 11 April 2021. She was engaged to the South African rapper AKA whose real name is Kiernan Jarryd Forbes.[1] So, she was burried today. The funeral service for Anele Tembe was held at the Durban International Conference Centre.[2]

The video below is of Anele’s slide show which was played at her funeral. It was posted by Yhuthi Sisi @zee_mv on twitter and it went viral.

South Africa has reacted on social media, check the comments below

Man’s NOT Barry Roux  @AdvoBarryRoux also twitted showing that he was suprised by the pictures of DJ Zinhle mixed with Anele Tembe on the same slide.
“How did DJ Zinhle appear in Anele Tembe’s funeral slide show?” He twitted.