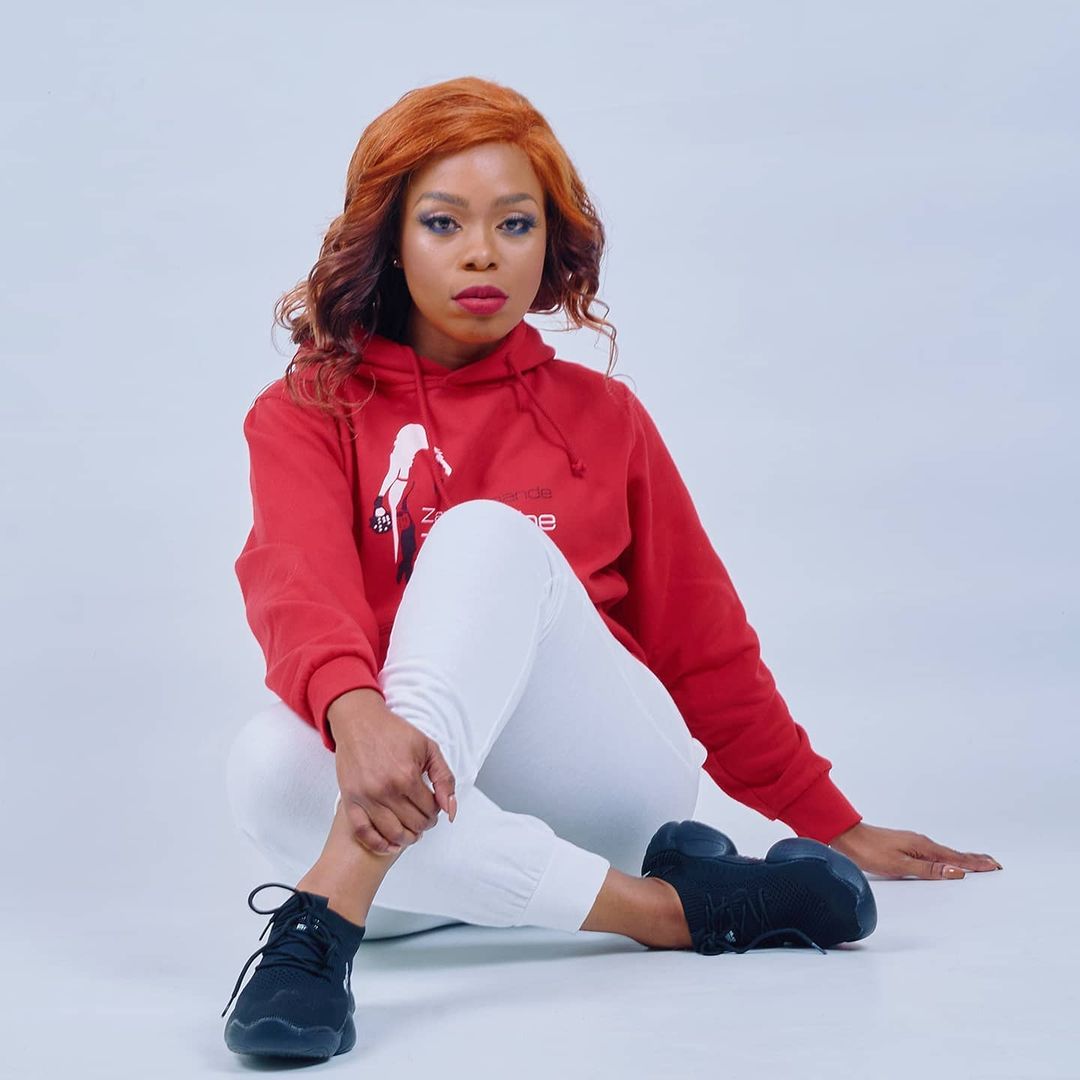 A picture of Lusanda Mbane in her Self-Branded hoodie from her clothing line “Zzz”.

Lusanda Mbane known as Boniswa Langa is leaving the big show of Scandal on etv and it seems she knew this 5 years ago. Mbane joined Scandal 5 years ago in 2016 where she played the wife of the great Siseko Langa who was a human rights lawyer, activist and a businessman. Her role started off as a bit stale in the back but kept moving to the front. At this point in time Boniswa Langa was one of the biggest antagonists in the show.

Lusanda Mbane’s craft was soo perfect that people all over the country were taken by storm by her acting capabilities. Some had even started to hate her in real life like people did with Vincent/Sandile Mahlangu known as Simo and the character Mthunzi Mayisa. Her manipulative endeavours and selfish character had many people taunting her name with real intense emotions. All these show how good her acting skills are and also reflects on how ethically upheld the society is.

Read: Valentine from Rhythm City: Get to know Mmatema Moremi

Why is she leaving?

Lusanda is not the only one leaving, Tshepo Howsa Mosese known as Lerumo is also departing from the show. He had become a loved cop in the heart of many for his ethical statutes and hunger for justice. Mbane however in her statement mentions that it wasn’t possible to stay for more than 5 years. Just like with Hungani Ndlovu it may seem that better endeavours and challenges have arisen and the actress chose growth. Leaving while she was still loved is also a smart move.

This is her official statement from her page on why she’s leaving.

In a statement she issued on facebook she said that when her contract was renegotiated last year she only committed till the end of June. Lusanda Mbane said that she also Loved the Boniswa Character but she had to challenge herself with new characters. From her statement it seems Lusanda has found herself a role somewhere else and we will be seeing her again a little while. This may be goodbye to Boniswa Langa but it is definitely not the last we see of Lusanda Mbane on our screens.

Well, Boniswa Langa has created many enemies both in her past and present. She has done a lot of evil in the past and perhaps it was time her sins cought up with her. Boniswa was partially involved in the death of Siseko Langa after she caused the assassination of Mthunzi Mayisa’s father back in the apartheid days in order to support her husband. Then she murdered Loyiso the real father of Chumani Langa (Ayanda Daweti). However, that is less likely to resurface soon. Boniswa Langa also tried to kill Romeo Medupe. This however doesn’t seem to be the current soup in the pot. Recently she framed Poloko for trying to poison Mamba which poisoned Mamba against Poloko (his daughter).

So with the recent discovery by Aya that someone was impersonating Violetta and faked her departure to Nigeria she might finally get the epiphany that Boniswa is the mastermind behind all the confusion. Which would make Mamba really mad realizing that she is responsible for his separation with the daughter he had grown very fond of. That’s just our analysis, what do you think will kill off her character, do comment below.

The community of the show’s enthusiasts seems shattered by the news. With extremist reactions flowing like: “I won’t be watching again”. Some are lost in sadness at the news as she was their reason to glue their eyes to the etv channel every weekday at 7:30pm. This only became a woe on top of another woe as other iconic actors have recently left the show. And Boniswa Langa leaving is an addition to the woes.

Hungani Ndlovu (Romeo Medupe) left earlier this year(not known when or if he’ll return but there’s hope). Tshepo Howsa Mosese known as Lerumo Chabedi also left the show. Kgomotso Christopher known as Yvonne Langa or simply YV also left the show. These faces were the core of Scandal etv after the greats had gone like Sello Maake (Lucas Nyathi). The show will definitely not be the same again without her but life has to go on.

Now to say Goodbye she shared this on her Instagram and facebook saying farewell to her Scandal fans. Watch till the end.