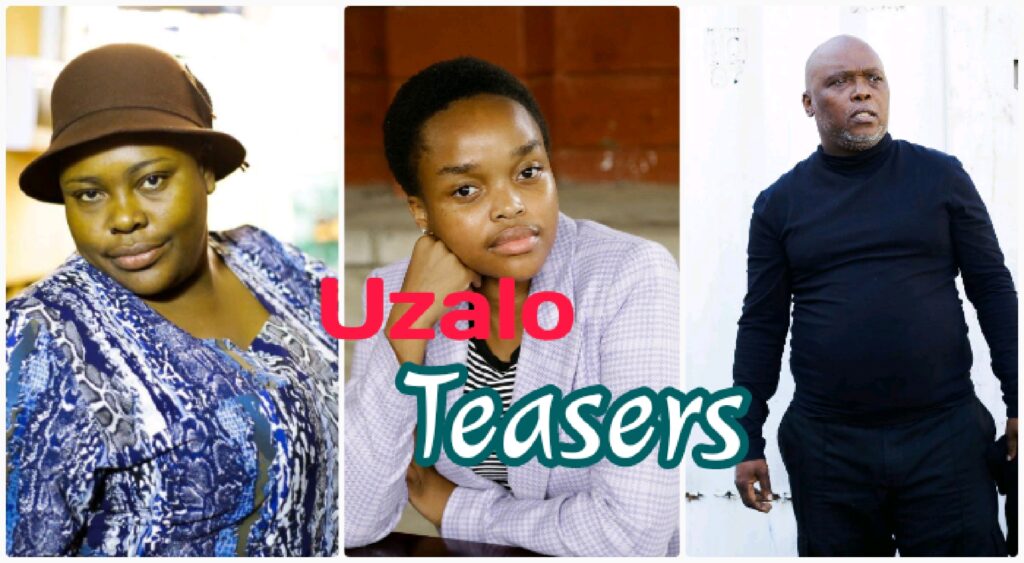 Check out Uzalo teasers for this April 2022.

Vika strikes once more. Gabisile’s golden opportunity is squandered, while Mbatha’s spectacular mid-week service astounds everyone. Vika has gotten his hands on weaponry intended for law enforcement. Gabisile is overjoyed with how she conducted herself during the interview. Sbu reaches an all-time low; he’s on the verge of breaking down.

Since the Vika Saga, KwaMashu officers have been terrified. Amahle is relieved to learn that Lilly has finally come around to her point of view. Gabisile is concerned that her career as an article writer is coming to an end. Vika is dismissive of Nkunzi. Nkunzi has been defeated by Vika. Gabisile’s dreams are about to be put to rest. Lilly is apprehensive about introducing her boyfriend.

Gabisile is saddened by the end of her brief career as a columnist. Nonka attracts the attention of an attractive young man. It’s payback time for Nyawo when a scorned ex pays him an unexpected visit! When Nkunzi refuses to accept Vika’s offer and demands that he leave his territory, battle lines are set. Gabisile turns down a life-changing offer from K-MASH FM, while Lilly decides to stay in the closet.

Mondli is confronted with a moral quandary. Mondli receives Vika’s rifle from Cocoa. Lilly reveals her bisexuality to Nonka. Vika makes a bribe offer to Mondli. In his situation, Mondli achieves a breakthrough. Gabisile takes a calculated risk on her show. Lilly disobeys the doctor’s instructions.

Just as it appears that the walls are closing in on him, Vika makes an unexpected move. Hleziphi is no longer with us. Gabisile is ecstatic about her new position. Nkunzi solidifies his place in the underworld. Gabisile receives a once-in-a-lifetime opportunity from K-Mash FM, and Lilly tells Nonka about the challenges that the LGBTQIA+ community faces.

Despite his difficulties, Mondli goes all effort to catch a police snitch. Sbu’s plight persists. Gabisile receives ‘not so thrilling news,’ as Lilly’s hidden love life continues. Mondli is determined to locate Cocoa, and Lilly is willing to assist him. Kwanda expresses his emotions for Nonka, but she expresses her disinterest. Lilly is having difficulty telling MaDongwe about her relationship with Amahle.

Nkunzi and Mondli establish an odd partnership to track down Cocoa. When MaDongwe learns about Lilly’s sexuality, she is furious. When Nonka questions Hleziphi about Kwanda, she becomes upset. Cocoa’s rescue mission is fraught with peril. Lilly’s nightmare begins with a popular radio broadcast, while Sbu presses on with his escape plot. Nkunzi gives Mondli a reality check. After her altercation with MaDongwe, Lilly storms out of the house. Nonka chased Kwanda out, Hleziphi discovers.

Tensions are high as Nonka and Hleziphi try to balance the Kwanda situation. Sbu tries to persuade Njeza to follow a fail-safe escape plan. Vika is determined to go to any length to avoid being imprisoned. An old church friend gives MaDongwe a harsh tongue lashing. Mondli teaches Vika a lesson he’ll never forget, Kwanda breaks up with Hleziphi, and Lilly prioritises her happiness and makes her romance public.

Vika must scream for rescue from the one he despises the most. Nonka breaks off all contact with her admirer. When Lilly least expects it, she is persecuted. Mondli’s case gets derailed by a sudden visit at the station. In his church, Mbatha makes a public statement about sin and sexuality.