We know him for portraying Buhang on Scandal, for Gold diggers and for a television commercial of Chicken Licken as Michael Nyathi but now we are going to know him as Tshenolo on Muvhango (Thabo Malema). Thabo Malema is going to play Tshonolo on Muvhango

What is Tshenolo going to do on Muvhango?

Thabo Malema is going to portray Tshenolo on Muvhango and South Africa cannot wait to meet him on the show. Tshenolo wants to know his daughter Ndivhuwo whom he begot with his high school sweetheart Mpho (portrayed by Azwi Rambuda). Mpho has been keeping a secret from her family (inlaws) that she has an daughter with her high school sweetheart, Tshenolo and when the secret comes out it provoke havoc in her family.

How the story began? 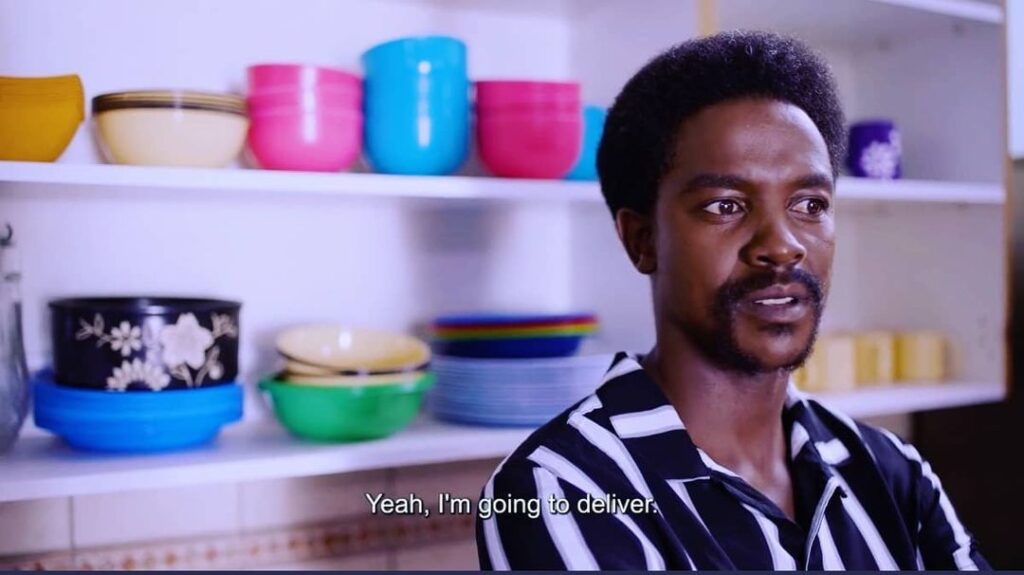 Thabo Malema is going to play Tshonolo on Muvhango

Mpho got pregnant when she was a teenager and gave birth to Ndivhuwo but she didn’t tell her high school sweetheart about it. The parents took part in hiding her pregnancy, because when they found out that she was pregnant they hid her until she gave birth and later pretended the child was Mpho’s sister to cover her shame.

Things changed when Ndivhuwo got sick in Venda and Lindelani (played by Ronewa Mudau), Mpho’s sister calls Tshonolo and spill the beans. Mpho tells Tshenolo that he has a daughter (Ndivhuwo) who is sick because she needs to be introduced to parental ancestors, this was such an astonishing news to Tshenolo to find out that he has fully grown daughter. Then Mpho start to beg for forgiveness from Tshonolo who is planning to lure his daughter to move to Jozi.

All comes out to light

Ndivhuwo back in Venda meets a man online who convinces her to meet in Johannesburg, and boom that man was his father. She realizes this after meeting him and also that Mpho was her mother. Mpho on the other hand is crying over a baby that was kidnapped in June in hospital and she doesn’t want to lose another child. Mpho’s husband Tendamudzimu (played by Nat Ramabulana) forgives his wife because he has his own ghosts since he killed his Nephew Huliseni (by Burnett Gededger) for threatening to kill Mpho and their unborn baby. On the other hand Tshonolo wants to prove his worth to Mpho’s parents after they rejected him long ago because of his financial status, this will cause a root of bitterness in Mpho’s family.

The River teasers in September 2021