Sharon from Generations. Where is she now? 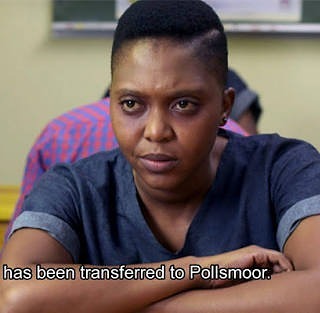 Sharon from Generations was portrayed by Kagiso Rakosa who is a South African actress who became prominent for the very same role on Generations. Her Generations fans last saw her in 2011 when Generations old cast was dissolved after unresolved salaries disputes with the creators of the Show.

When Generations dissolved it was changed to Generations: The legacy which was launched with a totally different cast. This is when fans last saw Kagiso who portrayed Sharon on the drama of Generations. For Sharon Generations was like her school of acting since it was her first screen role which she got while studying for Accounting at University.

“It was at that point that I became interested by the entire entertainment world.” I began with one-liners before moving on to larger roles and working with legends. I’m glad I took up the challenge of becoming a Generations student. “All I can say now is that I believe any difficulty I encounter will be a breeze,” she exclaims. [ ¹]

Where is Sharon from Generations now?

So, fans are concerned about what happens to her after leaving Generations more than ten years ago. Where is she now? Is she busy acting somewhere else or she now pushes other hustles not related to acting?

Well, what we know is Sharon from Generations didn’t do much work in television after leaving Generations but she did appeared on few television shows. In 2014 she had a featuring job as Andiswa Mlaba, the sister of Detective Lungi Mlaba (played by Bonnie Mbuli), on the eKasi+ investigator show arrangement Traffic!

Then in 2022 she was reported by few entertainment news blogs that she was back on small screens. It was said that she now stars on Date My Family as a family to one of the family members of the singles. There is no much information of where else she has acted in the past 10 years since Generations. [ ²]

Controversy of Kagiso Rakosa aka Sharon from Generations

In 2010 she was reported that she was pregnant with Shona Ferguson’s child but Connie Fergusson rubbished these claims as malicious claims towards two people (referring to her marriage to Shona) who are happy. But somehow in 2021 it was reported again that Kagiso Rakosa had a child with Shona Ferguson but all these appeared to be speculations and bogus claims from fans and viewers who miscalculated. [ ³]