Entangled 1Magic drama is a South African produced romantic comedy drama. It was specifically produced by Burnt Onion Production house. The show was debuted on January 7, 2022 on 1Magic TV. 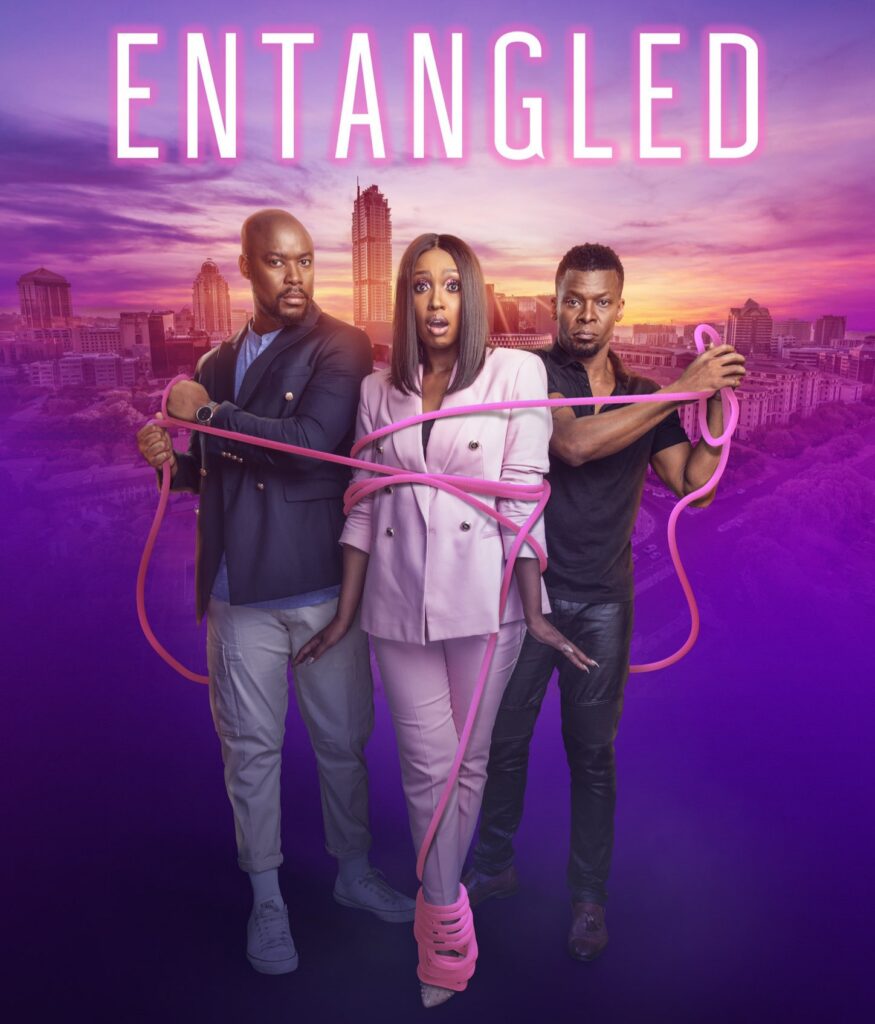 Your 30s are for nursing the hangover from some of those bad mistakes if your 20s were meant to be a time of fun and chaotic self-discovery. At least, that’s how the characters in Entangled feel, a hot new romantic comedy drama premiering exclusively on 1Magic on January 7th. The 13-part show stars actress, media personality, and entrepreneur Phuti Khomo (The Wild, Egoli), Vuyo Ngcukana (The Queen, Unmarried), and Vuyo Dabula (Five Fingers for Marseilles) as Sharon, Sizwe, and Julius, and is produced by the multifaceted and acclaimed Burnt Onion Production house. As Andiswa, Pearl Modiadie, a radio and TV host, leads the supporting cast. This is her first major acting role.¹

Entangled follows Sharon, a 30-year-old overachiever who is about to marry Sizwe, the love of her life. When Sharon’s ex, Julius, reappears after a long absence, everything Sharon and Sizwe have achieved is jeopardized. We examine the hardships of life in our 30s, navigating friendships, the concept of masculinity, culture conflicts, sexual orientation, and the ever-pressing issues of what current day relationships look like through a comedic prism through the characters and storylines of the program.

“We’re pleased to share Entangled with our premium and compact plus audiences because it’s a ground-breaking and edgy show.” As 1Magic, we’re happy to contribute and create content that is engaging, vivid, authentic, and helps people change their thoughts. Shirley Adonisi, M-newly Net’s appointed Director of Local Entertainment Channels, says, “It’s part of our aim to provide a diversity of local productions that our consumers can relate to.”

The series promises to be a tear-jerker, with captivating narratives covering a wide range of topics and themes around modern-day interpersonal relationships, whilst being amusing, light, and controversial. It looks like it’ll be a must-see!