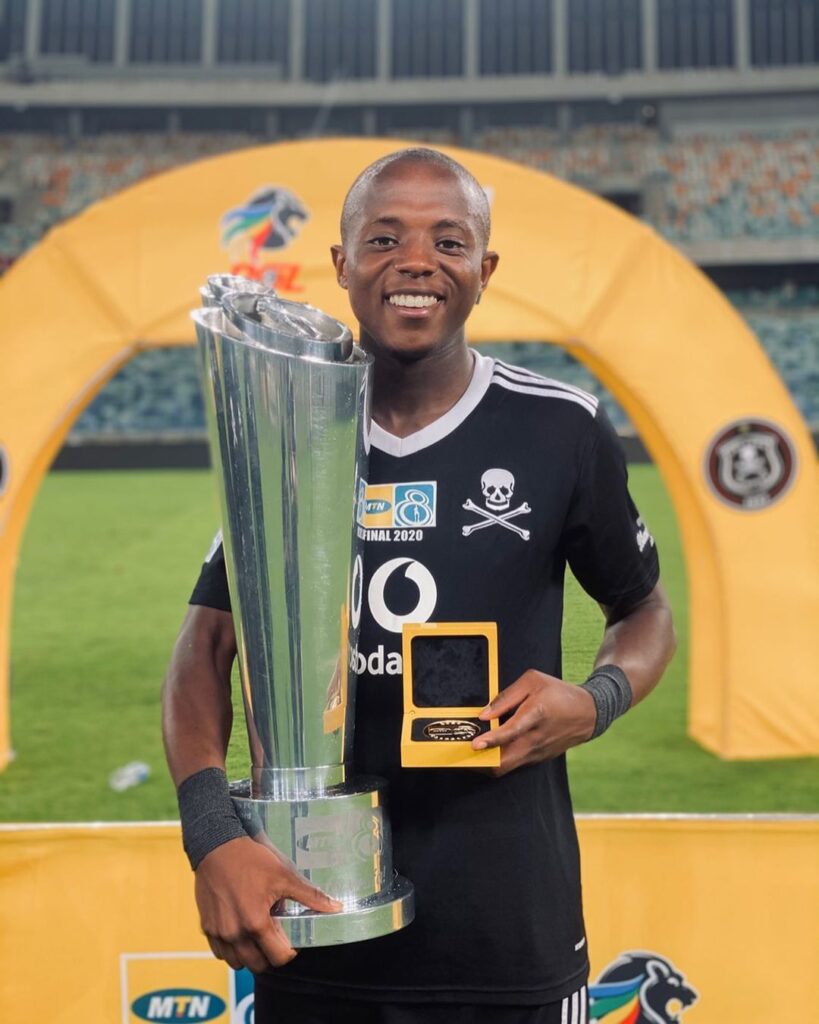 Image of Zakhele Lepasa holding a trophy for Orlando Pirates.

Zakhele Lerato Lepasa is a 24 year-old South African football player. He was born in Soweto, Gauteng Province in South Africa. 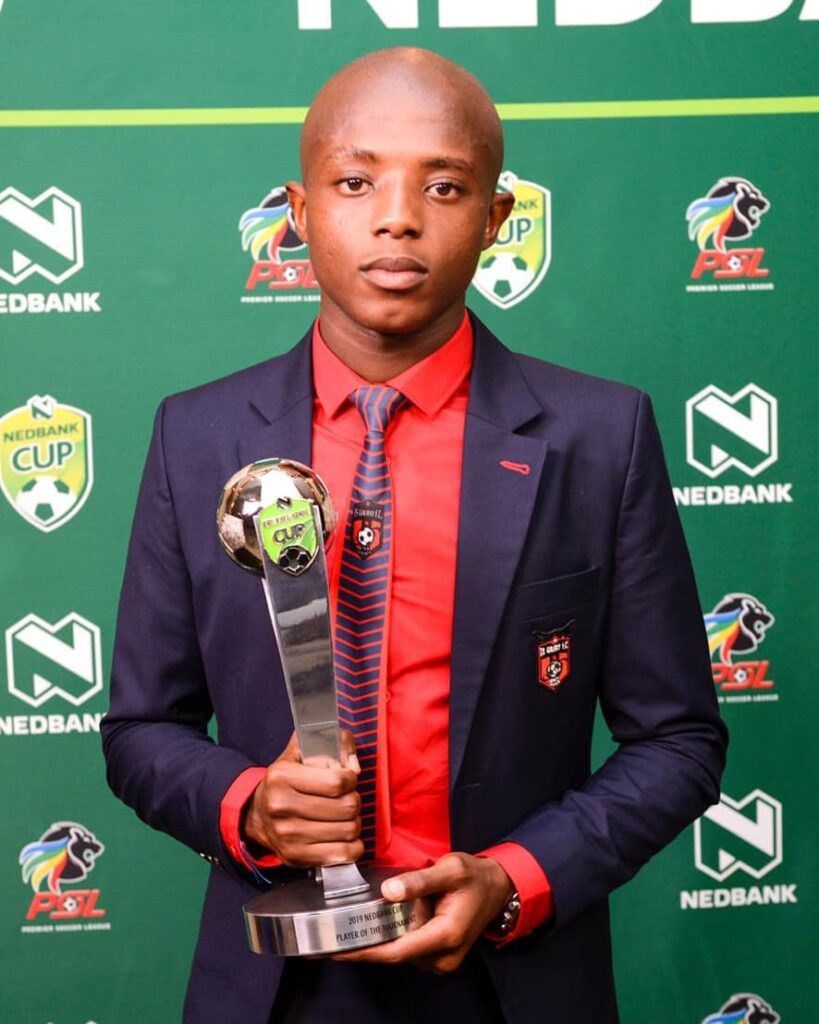 Zakhele Lepasa holding his 2019 Nedbank player of the Tournament trophy.

Zakhele started his career playing for Orlando Pirates then he joined Stellenbosch. But he later switched to TS Galaxy on loan in February 2019 after four league appearances for Stellenbosch. He scored 9 goals in 15 matches for TS Galaxy in all competitions. After 4 goals in 4 matches in the Nedbank Cup, he was awarded the ‘Player of the Tournament’ award as well as being the top scorer in the competition.

Zakhele is also a valuable player for the South African national team Bafana Bafana. He made his debut on 2 June 2019 in Botswana vs South Africa in the 2019 COSAFA Cup. The match initially ended with a draw of 2-2, but South Africa lost in the penalties with final score of 5-4 in which Zakhele scored one penalty.

Injuries and rumours of retiring 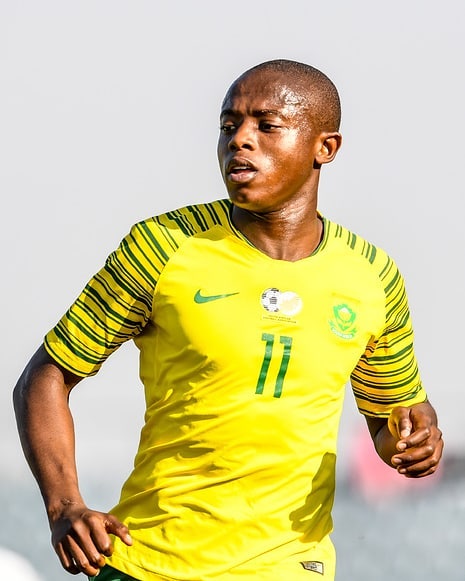 In December 2020 Lepasa was injured during a match between Chipa United and Orlando Pirates. The star suffered a fractured ankle. ¹

“In the game against Chippa United in December [2019/20 season], I jumped [during warm-ups] and when I came back down I heard my ankle crack and it was a pain I’ve never experienced before,” he said.

In September 2021 some social media fake news reporter spread fake news about Lehasa. The News had some speculations that Zakhele Lepasa had retired as a result of the injuries he sustained in Chippa United – Orlando Pirates match.

The social media fake news post in Lepasa’s name read, “It is a very sad end of my career to announce my retirement. I never expected such and it hurts me that I’m forced to, even if I don’t want to, but I won’t force things, it will take some while for me to recover and to be honest it won’t be now. It will take time for me to heal. But I enjoyed every moment with the Buccaneers and the  PSL teams. I wanted to see myself playing for bigger teams, especially in international leagues but unfortunately my journey ends here. I wish nothing but the best to my team.”

But the news were rubbished by Lehasa in his Tweets, his Twitter read:
“This post has been going around and it’s fake news. Rehab has been great, there’s no need to rush though, and it’s almost done. We’ve come so far, and I can’t wait to be back. Please stop spreading fake news and playing with our lives, worse on TV. Disappointing!” the striker tweeted.