Lucky Gumbi is a 40-year-old South African entrepreneur and millionaire. He is best known for his polygamous marriage, for his involvement in mining industry and for being the host of his own reality show, The Gumbis. 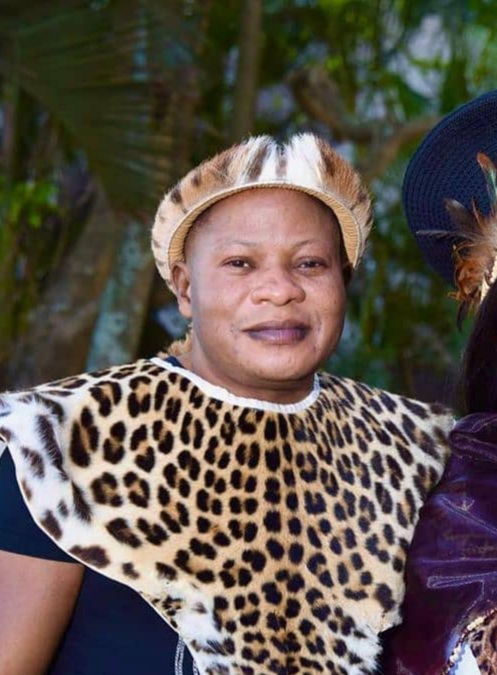 Lucky Gumbi was born in 1982 in Jozini township, Umkhanyakude District Municipality in the KwaZulu-Natal province (KZN) of South Africa. He was raised in Mtubatuba on the far north coast of KZN. He was raised by his mother who struggled to raise him and his siblings since his father died while he was still very young.

There are times when they would go to bed on an empty stomach but he made a decision to change the situation.

“My father died when I was young and as a result we struggled a lot growing up. My mother struggled to take care of us but she did her best and I took a decision that I will change the family situation. At some point even other family members did not believe that our Situation will change the way we struggled. There were days that we slept on empty stomachs.” said Gumbi. [ ¹]

He attended his primary school and High school in Mtubatuba in KwaZulu Natal Province. There is no information of where he obtained his higher education or where he attended college.

How did Lucky Gumbi became a millionaire?

Despite being born in an impoverished home where they slept with hunger, Lucky has become a well known self made millionaire like Mandla Mthembu. There are no clear historical facts on how he moved from rags to riches but its widely known that he runs multimillion rands businesses in South Africa.

His multimillion businesses include mining, coal transportation and construction businesses He also host and runs the most watched reality television show about his polygamous marriage and life. The show has got an average of 1.7 million viewers per day. All these are the sources of income for Gumbi known so far by us. Most people simply refer to him as a mining magnate and polygamist. [ ²] 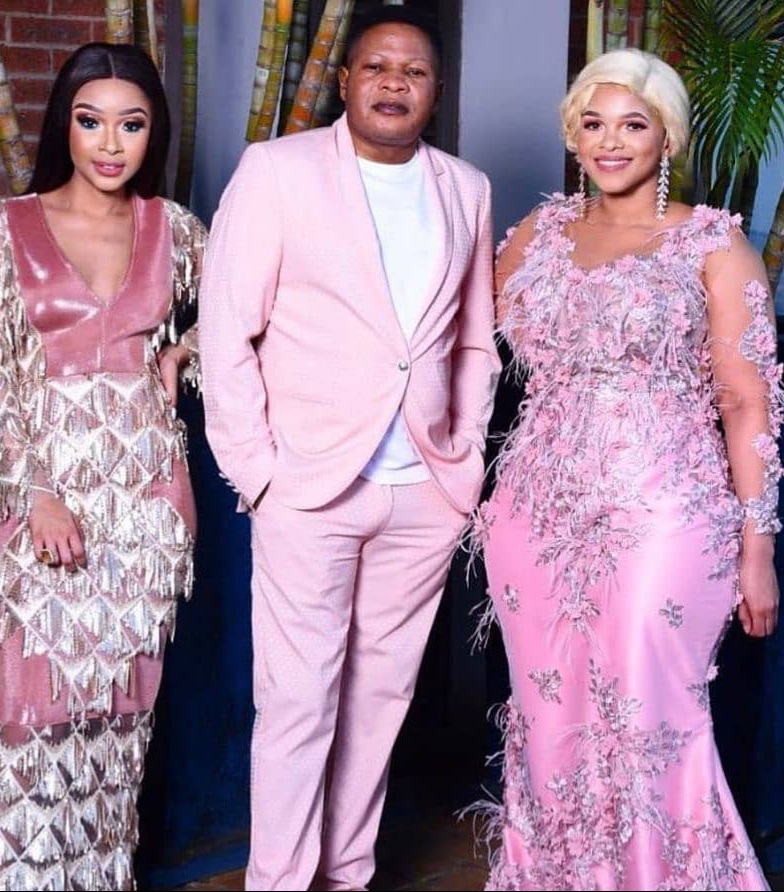 Lucky Gumbi is a soft spoken man who has the looks and the money that women desires. In 2018 he shocked social media when he paid R260,000 for his wife’s bridal shower. He married his second wife in a glamorous wedding ceremony that costed R4 million (rands) in December 2018. His wives are Bayede Cebekhulu Gumbi, who is 8 years younger than him and Nombuso Malinga Gumbi who is 14 years younger than him. His marriage was blessed with four children. [ ³] 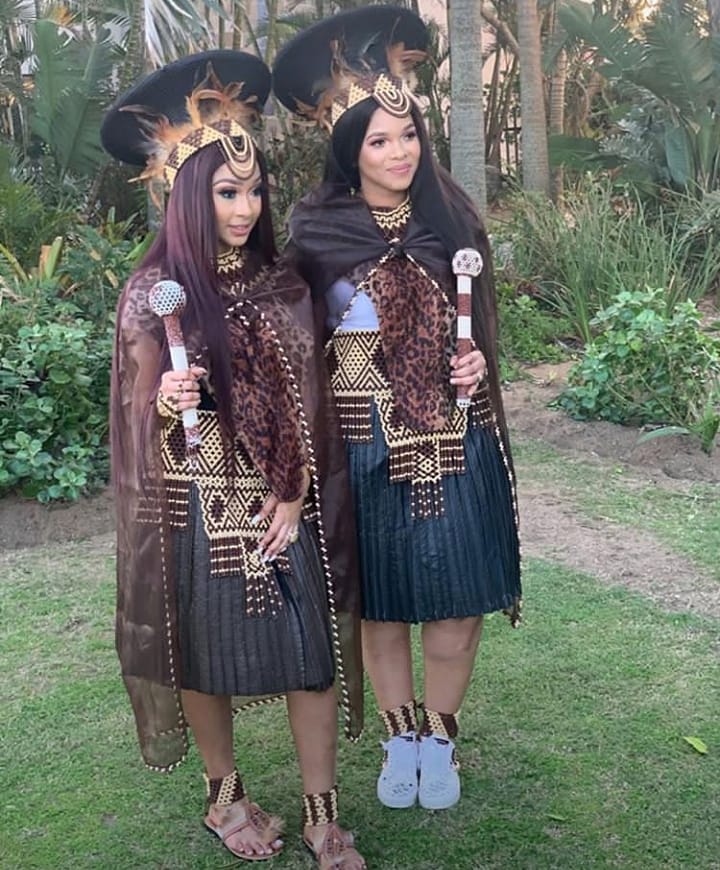 Gumbi made it clear to his already two wives that he is enough with his current four children. He might add more wives to the list of his two wives but he is not obsessed with having more children since he want his children to have everything he never had growing up.

“For the time being, I’m content, but I can assure them that the door is still open for other women to enter. I’m not obsessed with having many kids, the four that I have so far are OK. I want to be able to give my kids everything they want and all the love.” said Gumbi.

“When it comes to isithembu [polygamy], I love it because the women assist me in running the business and also expand our empire as the Gumbis.”

In 2020 Lucky scored a reality show abour his life and his two wives called The Gumbis. The show came after trending on social media and the interest to document his stories grew big with different filmmakers chasing his signature to begin with shooting. Gumbi described himself as a private person and said it was difficult to agree to the reality show but he finally agreed to SABC1 to do the show. His reason for agreeing to do the show was that he wanted to inspire others with his reality show.

“Through this show I want to show  people that your background should not determine your future. Having struggled when I was growing up has pricked an interest to help others and that is what people are going to see in the show. What makes things difficult is that the filming of the show started during the lockdown,” said Lucky Gumbi.

Lucky owns a house in Richards Bay and in Balito, 40km north of Durban. His wives also have their separate houses which makes Gumbi’s polygamous marriage easy,

“I told the first wife that I adore Isithembu, and she had no objections.” It was not a problem when I met my second wife. They each have their own separate homes,” said Mr Gumbi.

Gumbi owns more than five cars that can be seen during the intro song of his reality show. There is no surety that all those cars are in his name or some are in his wifes name. The cars are; about two Mercedes Benz G-class, BMW i8, a Bentley, one of the latest Range Rover SUV, BMW lumma and a Volkswagen SUV latest golf. There are other cars that he owns but we couldn’t verify them. [ ⁴]

Below are few pictures of the cars that Lucky Gumbi owns. 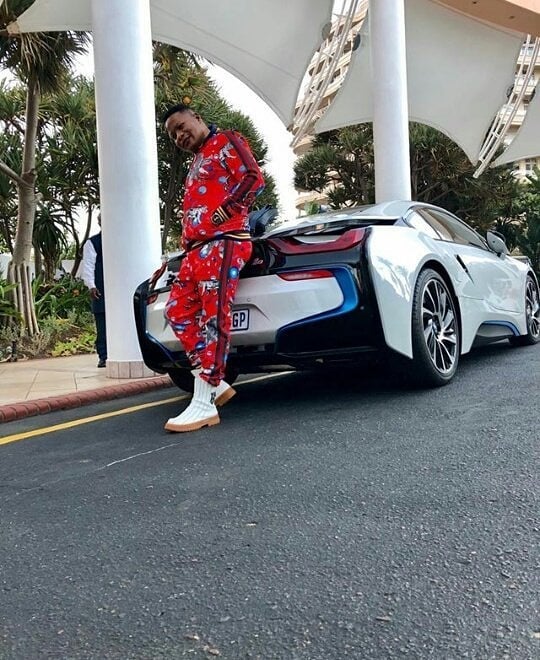 Lucky Gumbi with his BMW i8 car. 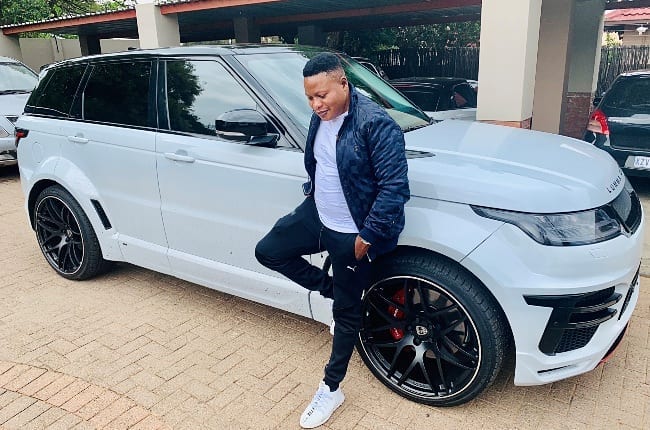 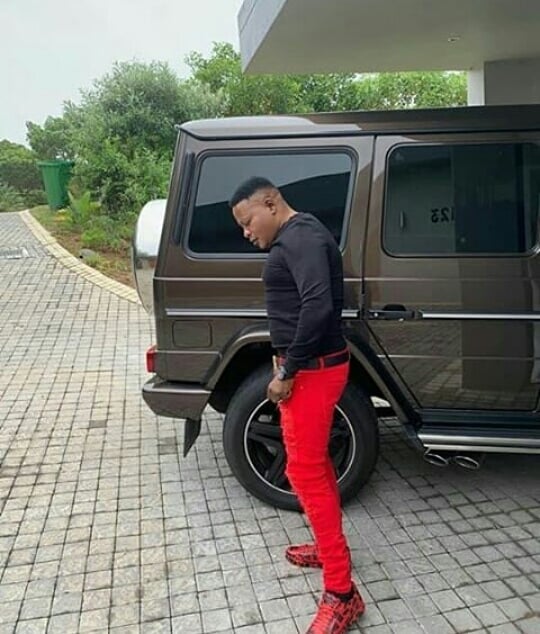 Image of Gumbi with his G-class mercedes Benz car.