Wendy Gumede, born 8 August 1992 (age – 29), is a South African actress, Youtuber and screenwriter well known for her starring role of Nolwandle on Isibaya and for her YouTube channel The Black Wendy. She will be playing Rachel on Scandal etv. And has appeared on Magic Bullet in 2013 and How to Ruin Christmas: The Wedding in 2020. 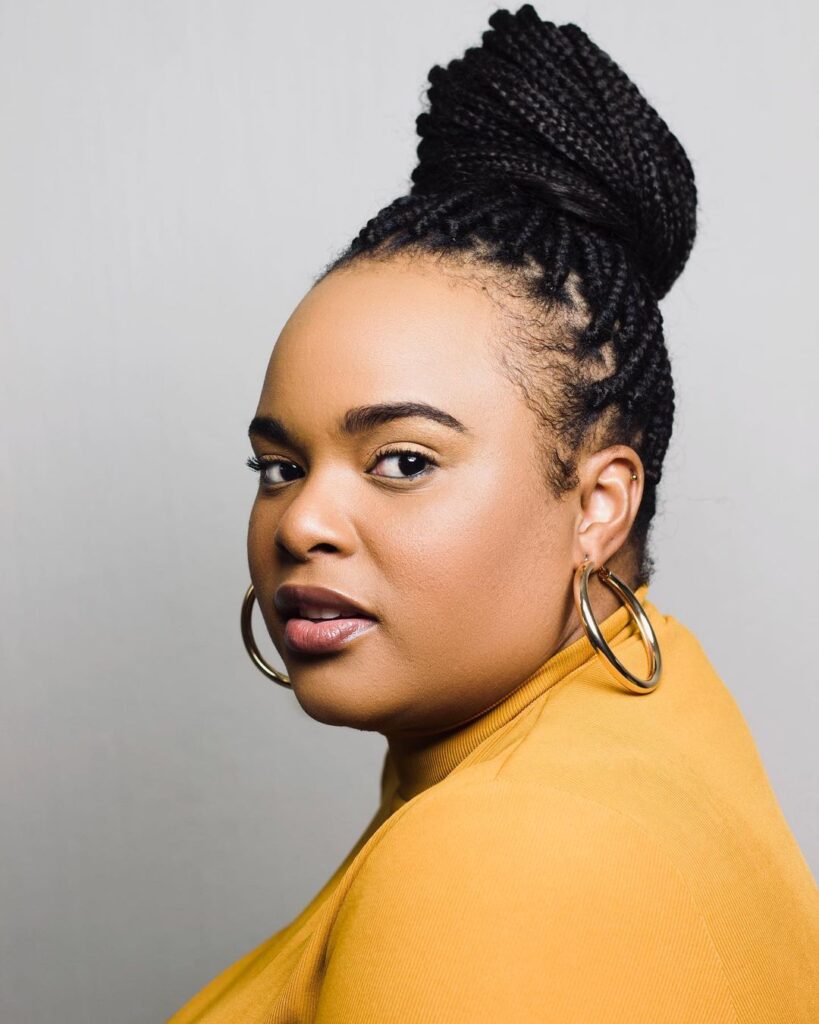 Image of The Black Wendy, Wendy Gumede as Rachel on Scandal. 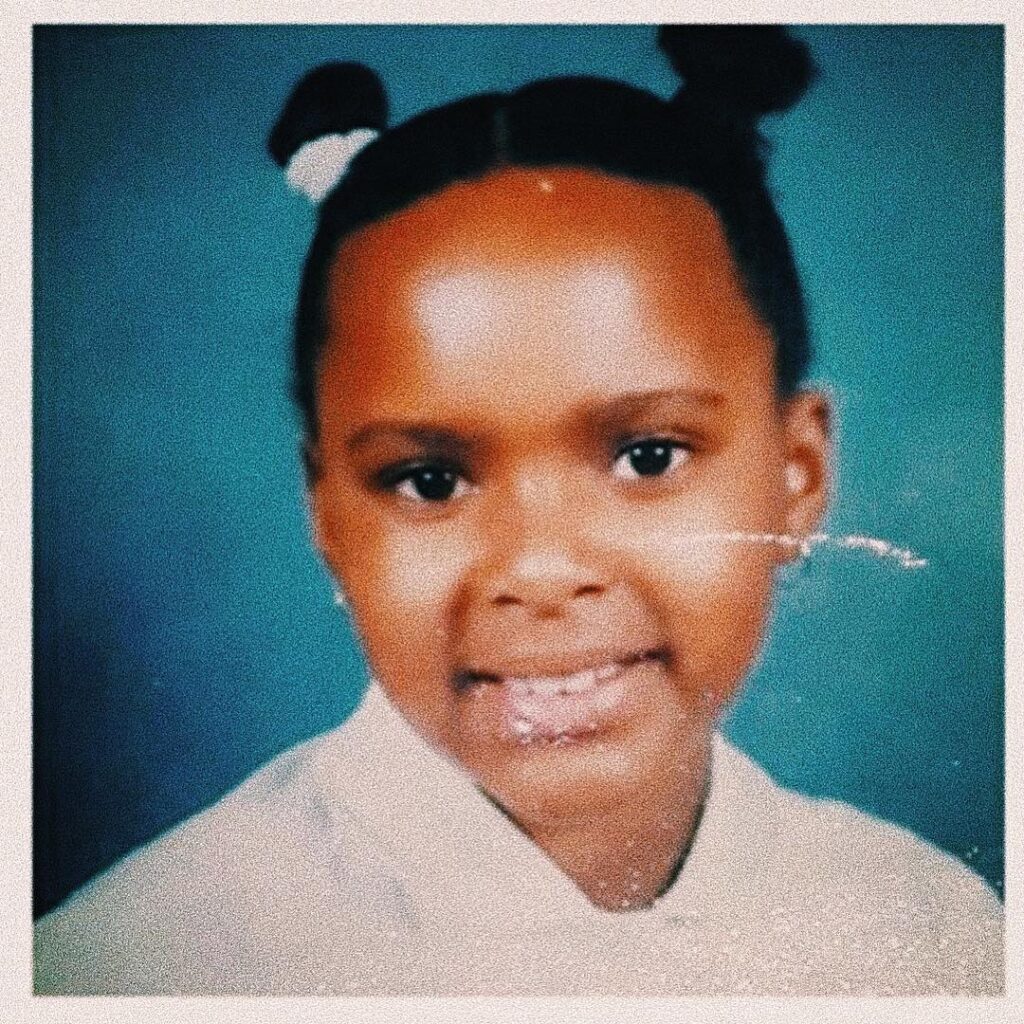 Wendy Gumede was born on 8 August 1992 in Durban, KwaZulu-Natal Province in South Africa. Her father who was a taxi owner foretold that Wendy was going to be a television star before she was born (still in her mother’s womb). Unfortunately both her parents died while she was still young, her father died while she was only one year old and her mother while she was eleven years old thus couldn’t see the fulfillment of the prophesy. So, she was raised by aunt from her mother’s side of the family in Empangeni, Durban, which she said was not an ideal situation for everyone involved as she would’ve wanted to be raised by her parents and her aunt might have wanted to raise only her children.

Growing up and without parents influenced the kind of woman she has become, Wendy was a good kid, very smart and hope’s things would be better one day. After the passing of her mother, she had to deal with trauma and she told herself that she will do her best to honor her parents. She didn’t get everything she wanted but she always stayed hopeful. At school she was a good kid, a head girl and threw herself into her schoolwork from primary up until university. The star developed the love for writing at the age of 13 and this she calls her first love before acting.

“It was hard, it was really hard. I think I cried more than I laughed as a child. But we are here now. And I always say I was raised by God whenever I talk about my childhood. I am like – God raised me, everyone else was helping but actually, UNkulunkulu ungikhulisile [God raised me] and I will never stop being grateful,” says Wendy giving her childhood remarks.

Wendy attended Hoerskool Empangeni High School in Empangeni and matriculated in 2010. She then moved to Capetown to study Film and Television Production at the University of Cape Town in 2011 and finished her studies in 2014. She first graduated with Bachelor of Arts in 2014 then Honours degrees in Film and Television at same university. 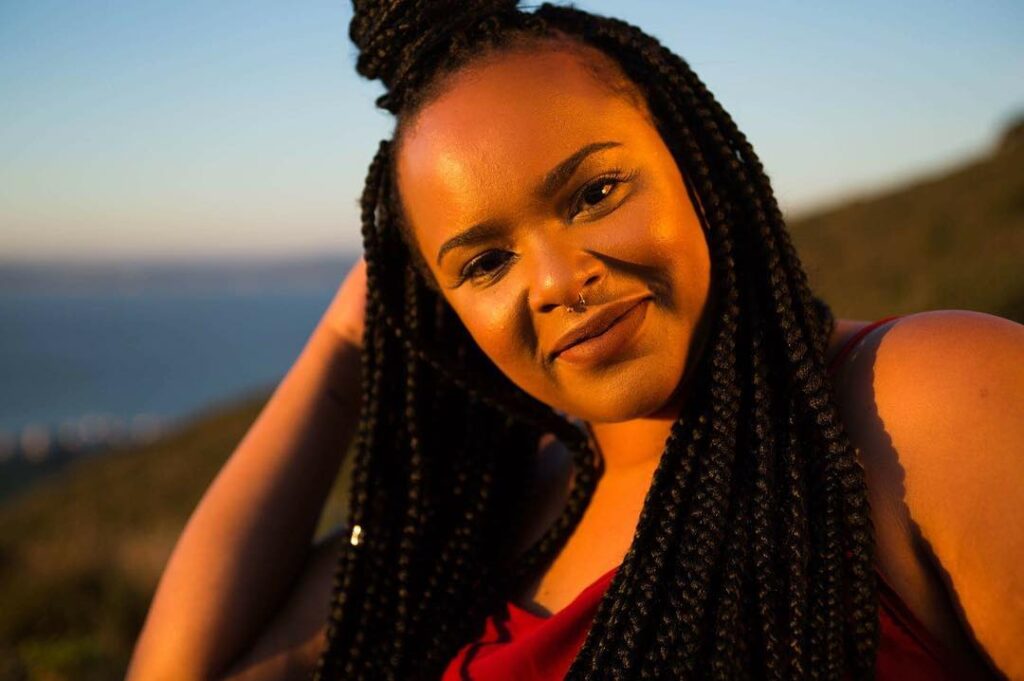 Wendy Gumede who plays Rachel – she is The Black Wendy.

In 2016 while she was still studying, Wendy felt that she needed the practical part of film and television studies so she started her YouTube comedy skit channel as a way of doing practicals for her studies. She wanted to assess herself if she was good at writing, acting and directing. That meant writing her own scripts and getting her friends to act in a few things. And when her friends weren’t around Wendy would do it on her own. She would perform three characters in one video and see how it would look. This is how The Black Wendy channel was born.

Pertaining to her television career, Wendy started as a screenwriter for Isibaya, “I didn’t start as an actress. I started in the writing room and when you are working with other writers you tend to see your personality,” she says. Wendy was having a conversation with other writers when they asked her if she could try out acting as well. Since she was qualified and had the talent as well so she did and thus Nolwandle from Isibaya was born. In 2021 she was part of the new cast added to Scandal etv as Rachel. Wendy also appeared on Magic Bullet in 2013 and How to Ruin Christmas: The Wedding in 2020.

Wendy believes if she had an opportunity to meet her late parents she would tell them that all she is and do she do it for them. The Isibaya star is also a Christian and do give credit to God for who she is. She believes God raised her to be what she is, without God she wouldn’t have been. Wendy was always a hard worker and she would work in different companies during December varsity holidays to raise money. ¹