Sindi Dlathu nailed it as Sarafin on the challenge for June 16 celebration. 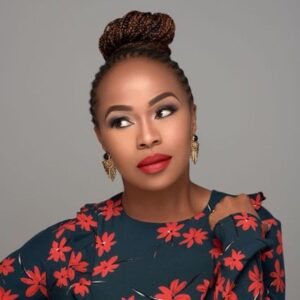 Sindi Dlathu pleased her fans on Twitter after a video of the challenge about Sarafina was released by Tshedza Pictures.

Tshedza Pictures which are the creator of the drama #theRiver that is aired on DStv channel 103 and Mnet 101, recently they shared the video on Twitter where by all the actors of the drama participated.In the video Sindi Dlathu known as Lindiwe on the drama is seen playing the role of Sarafina

Being the likers of things that we are, we also decided to participate in the challenge. #sarafinachallenge #TheRiver1Magic pic.twitter.com/0ixtmwib67

The fans who were so thrilled by her challenge on Sarafina retweeted that she was so good on acting as Sarafina.She once appeared in Sarafina as an understudy among the youth and together with Leleti Khumalo who was the starring on the movie.Others retweeted about other actors who appeared on the video,they thought that they nailed it as well.

45 years later and the struggle still continues for the youth today. Same song, different challenges. We were called to participate in the #sarafinachallenge and the @tshedzapictures family accepted. pic.twitter.com/MfdTUkszoq

The Sarafina movie which is still being aired even today on different channels,is a South African reacting movie about the real uprising that took place on June 16. During the protest,one youth called Hector Peterson lost his life and many were injured.The uprising was about young people denying to learn Africaans in their schools. Today we are still celebrating June 16 as a remembrance of the what happened on that day. The movie Sarafina reminds us of what happened on that day.

Most people knows Sindi Dlathu as an ex actor from Muvhango known as Thandaza.She is a South African actress and a musician and also co-exercutive of “The River”.She left Muvhango in 2018 after being a starring in the sopie for so many years.

She looks younger than her age,most people loves her natural looks.She is actually 46 years old and has two kids.She is also a married woman. Currently,she is known for her character on “The River” as Lindiwe.This year 2021,she won an award for being the best actress in SAFTAs.1