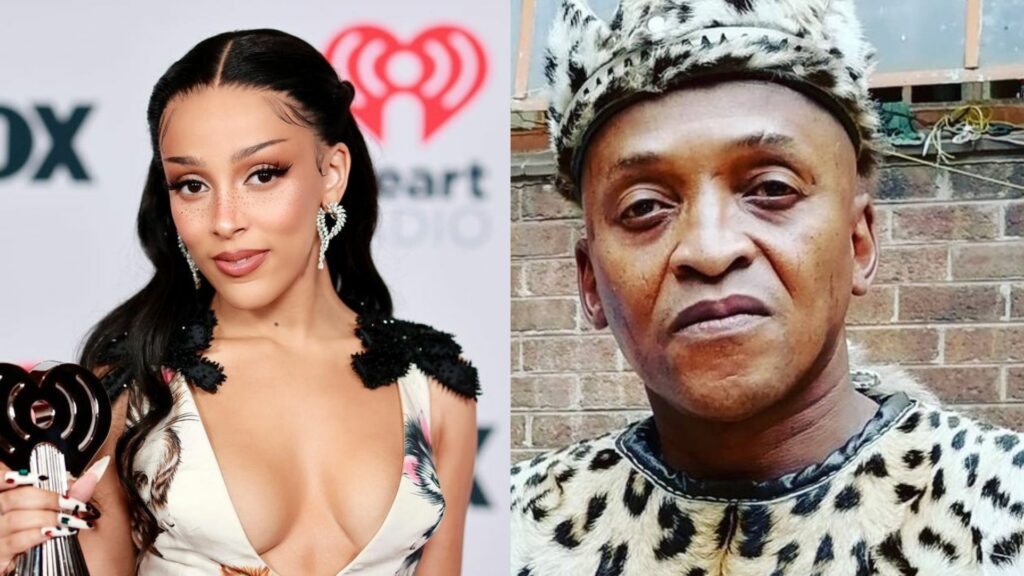 Most people know Doja Cat, the Grammy award winning rapper and songwriter from the United States. He father however, is Dumisani Dlamini. And, in today’s article we will look at the controversies he has been involved in with his daughter.

Dlamini is known for playing roles such as Crocodile in the famous documentary movie Sarafina. Moreover, he may even be known for recent roles in local national series like Uzalo where he played Mzala.

Did Doja Cat really grow up without a father?

Well, technically she did. But, not really. After Doja Cat was born in Tarzana, Los Angeles. She moved to Rye, New York with her grandmother. Who was Jewish, she stayed there for 5 years then at age 8, she left.

She went to live in Santa Monica and there in the mountains she started practicing Hinduism. The woman who taught her Hinduism was Alice Coltrane, who was also a renowned Jazz Musician. However, Hinduism ended up constricting her freedom and taking the fun of being a child for her.

This is because, she was not allowed to spend much time with other kids in the streets and found herself wearing long garments and scarves. However, this was to soon come to an end when she moved away from Santa Monica and could finally participate in other things.

In school however, she wasn’t the brightest and felt as though she was stagnant while everyone was progressing. So, she dropped out of school with the conviction that she was made for music. In all this said time, Dumisani Dlamini was not in her life. He was absent for this period which in Doja Cat’s eyes counts as being an absent father.

You may be asking yourself how a South African actor like Dlamini found himself with a United States born daughter like Cat. Well, this will be our short how I met your mother story.

First of all Doja Cat’s real name is Amala Ratna Zandile Dlamini. So, she still uses her father’s surname? Yes, she does. Dlamini met with Zandile’s mother while he was performing for Broadway. The relationship was brief and from it came Amala and her brother.

However, Dumisani had to leave the United States after getting sick, hoping his family would find him in South Africa. But that didn’t quite happen and as a result some complications happened. Amara even claimed that Dlamini had no time whatsoever for them.

She even went on to say she “never met him”, to which Dumisani categorically denied and said, he had been there for them but had to go back home after his sickness. But, just a few days ago, the two met again. It was made as if he was meeting them for the first time in forever.

As established above, Dlamini was not so present in Doja Cat’s life. In fact he was absent for most of her and her brother’s life. He barely in their eyes contributed anything to how they turned out. As a result, there is some feud. For example, when Doja Cat won a Grammy award for her music.

Dlamini was called for being a fake dad as he congratulated Zandile Dlamini his daughter in a deleted tweet. People found that to be very pretentious and called him out. He then quickly deleted the tweet. It was only a few weeks ago that Dlamini is said by news reports to have visited his daughter for the first time. (Insinuated) And, thr crowd as mixed feelings about it.