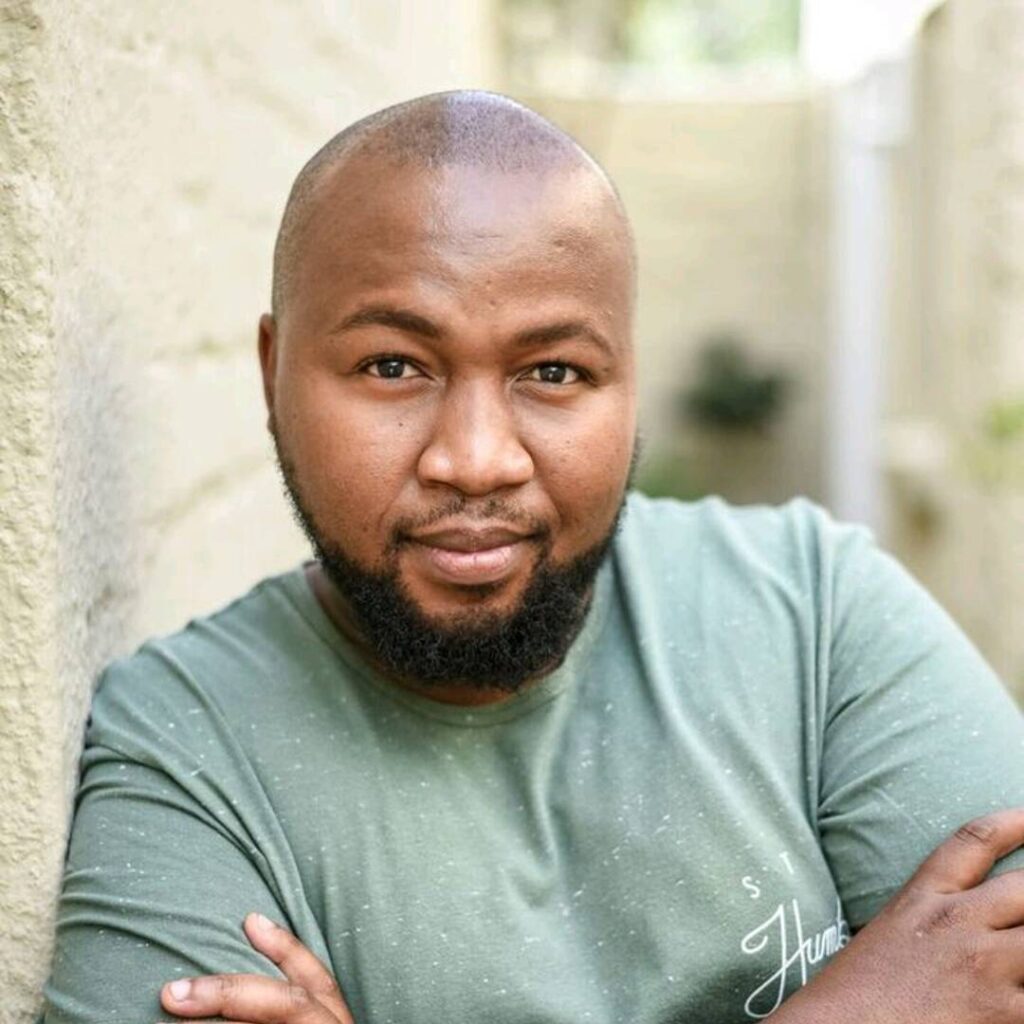 When we see our actors and actresses on screen. We mostly assume that everything is going well. Well, not entirely. In today’s article we will talk about one such actor. The famously creative actor Mandla Gaduka, who was known for playing Choppa on Generations 16. Which was replaced by Generations the Legacy.

Some basic information on the actor Mandla Gaduka

Mandla Gaduka is a South African actor born Mahikeng on the 20th of February in 1984. So, he is 38 years old as of 2022. The actor stands at a height of 5 ft 3 or 160cm. Moreover, Gaduka is known for playing Choppa on Generations 16 and Damian on broken Vows.

However, that’s just a tip of the ice berg. Mandla has appeared in numerous TV roles including some Hollywood block busters like District 9 and Avengers: Age of Ultron. He was also part of other famously known South African series like Ashes to Ashes and Gauteng Maboneng. [ ¹]

He made his screen debut in 2009’s sci-fi thriller District 9, which was helmed by Neill Blomkamp. Furthermore, he appeared in the 2010 season of the SABC1 sitcom Gauteng Maboneng as “Solomon”. He later received the SAFTA Golden Horn Best Actor Award in TV Comedy.

For both 2016 and 2018 at the South African Film and Television Awards. Because of how well-liked his part was among the general public (SAFTA). He competed in the 2011 season of Dance Your Butt Off on SABC1. He then joined the cast of the telenovela Ashes to Ashes in 2014 and took on the role of “Damian.” He received the 2017 SAFTA Best Supporting Actor Award for TV Soap for the performance. 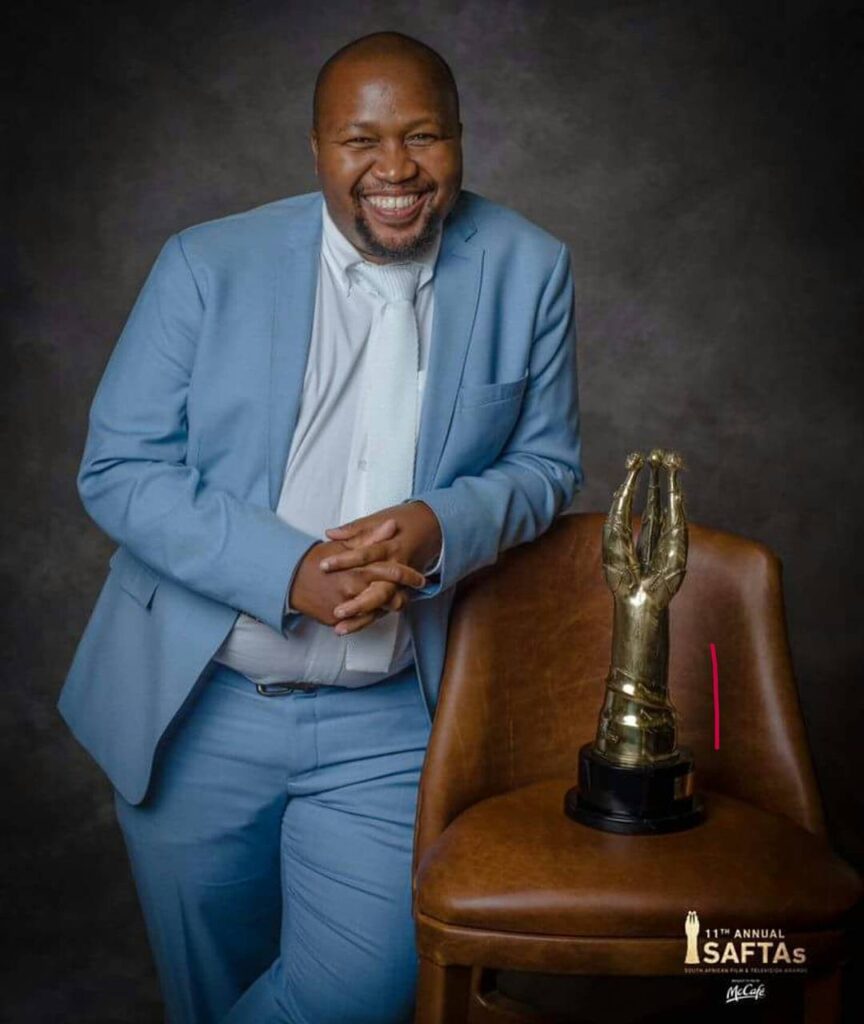 Image of Mandla Gaduka after winning a SAFTA award.

Well, after getting fired with many other actors in a dispute in 2015. The 38 year old actor who was at least 30 at the time found himself struggling to make ends meet. Moreover, he was far more angry at the inconsideration that the creators of the show made. In fact, Gaduka said that he still held a grudge against them. And, said that the decision was a gamble and he was kind of hoping their cry would be considered.

However, the director decided to fire everyone. After this period, the young actor found himself struggling to get roles. After searching for a while he got a role on etv’s Broken Vows as Damian. However, after that? Things got even tougher.

Gaduka ended up acting at the state theatre for a play called Diketso. However, the play was a bit controversial to him considering it somehow conflicted with his beliefs. But, regardless of all of that. He was still grateful for the role. In fact, he said that as long as he was acting and doing what he loved? He was happy. [ ²]

Mandla Gaduka did however learn a lot from the play 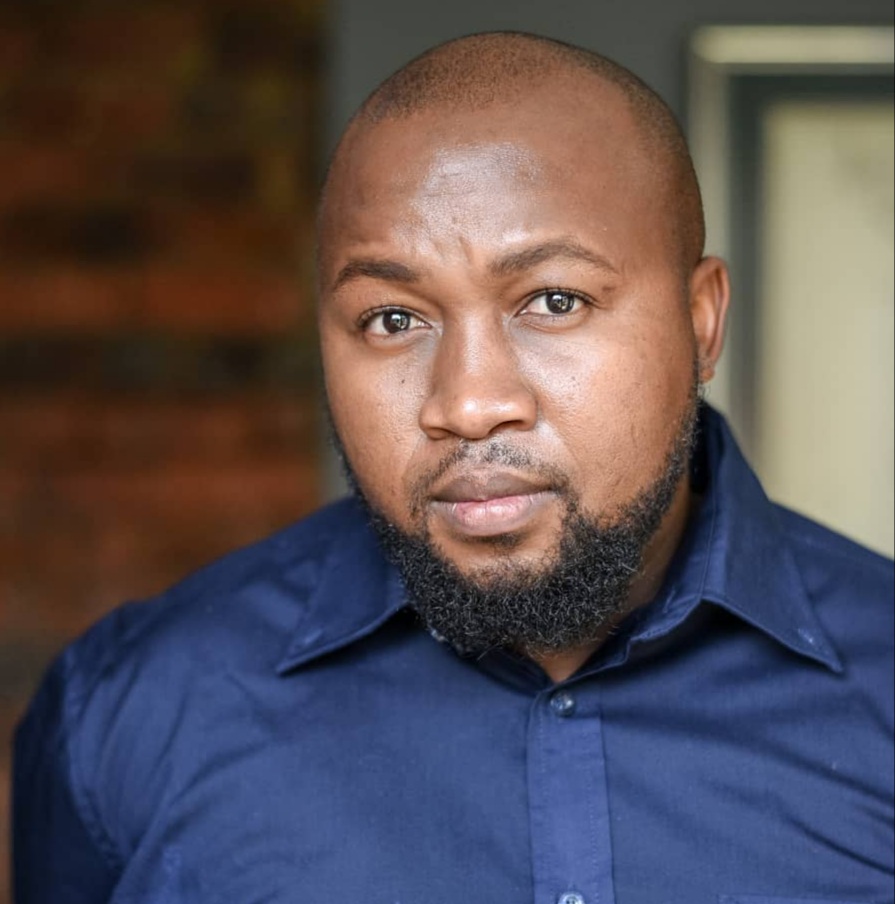 Image of Mandla Gaduka from Broken Vows and Ashes to Ashes.

The play wasn’t all conflicts but an opponent to expand his borders of cultural diversity acceptance. According to Gaduka, growing up in a Christian family made it difficult for him to accept other beliefs. However, after his own cousin got an ancestral calling and they had to support her.

He learnt the importance of accepting and embracing other beliefs. However, he did not saying that he himself believed in African Traditional Religions but that he embraced and was no longer as threatened.

During that time period, Mandla found himself with inmates. Not as a prisoner but as a talent expert. He went to prisons to support the talent that might have been hidden in prisons. In fact, Mandla said it was both a happy experience and a fascinating one. Moreover, he believes that inmates deserve a chance at life. And, even though they made mistakes and lost their way along the road, their talents deserved to be seen.

Fast-forward to 2022, Mandla Gaduka seems to be nearing the light

Well, all of that was in 2019. So where is Mandla Gaduka in 2022? Is he still struggling to get television roles? Well? No. As of 2022, Mandla has appeared in some TV roles including the Kagiso Modupe produced movie “Loosing Lerato”.

In which he plays the infamous Detective Xaba. Gaduka has also appeared in the Isthembiso Telenovela series. On Isthembiso he plays the role of David Maxhosa. This shows that things don’t always go south. No one has heard anything from Gaduka for now.

But he has been present on his present on his social media handles. He even recently posted on the ongoing load shedding issue. In a tweet saying: “The ANC has done to Eskom what Tito Mboweni did to chicken” referring to Tito Mboweni’s hyper pigmented chicken. [ ³]