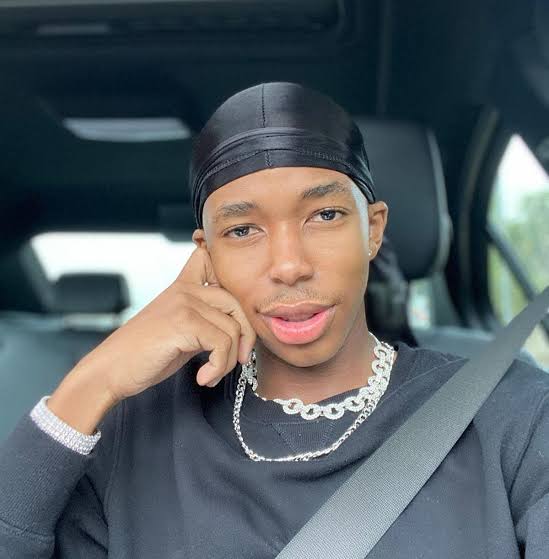 Lasizwe Dambuza revealed to his fans on his Twitter that he has crush on the new King of Zulu Nation.

Lasizwe wrote that he would not mind that his virginity be broken by the King and would make a plan how to have kids for the King. He continue also to say that he has a biggest crush over King.

The new Zulu King can definitely take my virginity… Literally I would make a plan on how I would carry his babies!

No ways!!! I have the biggest crush on him! He’s such a handsome man with PRESENCES AF!

Some Social media Twitter users were surprised by his tweet, they thought that his tweet was a disrespect to the King of the Zulu Nation since he is not homos.e.xual. Some of them even come to the point of forcing him to remove his tweet because it shows no respect to the King Misizulu Zulu.

Some other people tweet that there is no problem that Lasizwe has a crush on the King, because he is a homos.e.xual doesn’t mean he is disrespecting the King Misizulu Zulu. They were comparing if that tweet was from a lady then all those issue of disrespecting weren’t going to be brought out.

After all this disagreement and threat Lasizwe Dambuza didn’t turn back on to delete his tweet. He just tweeted that maybe the v.i.rginity part was more inappropriate to say but insisting that he crushed over the King Misizulu Zulu even though.