Sometimes we take actors too personal when they portray villainous characters as thugs or gansters. We end up thinking they are real life Tsotsis or thugs because of how good they’re on our screens. The fun part is there is a connection, some actors were real life thugs before or during their acting career. So, we are going to discuss 10 actors who were arrested in real life for actual crimes.

1.  Ronnie Nyakale aka Cosmo from Generation: The Legacy

Image of Ronnie, one of South African Celebs who were arrested!

Ronnie Nyakale, a 50-year-old South African actor popularly known for starring in South African drama serials as a gangster and played Cosmo in Generation: The Legacy was once arrested. Nyakale has a criminal background, which Mzansi was made aware of after it was reported that he was detained alongside Mama Jackie in a child trafficking case.

As a well-known actor, most people thought he is a criminal only on TV but on the other hand he was only released on R2000 bail after arrest. It’s worth noting that on the day of his trial, his docket was miraculously misplaced, leaving the court with no choice but to dismiss the case. 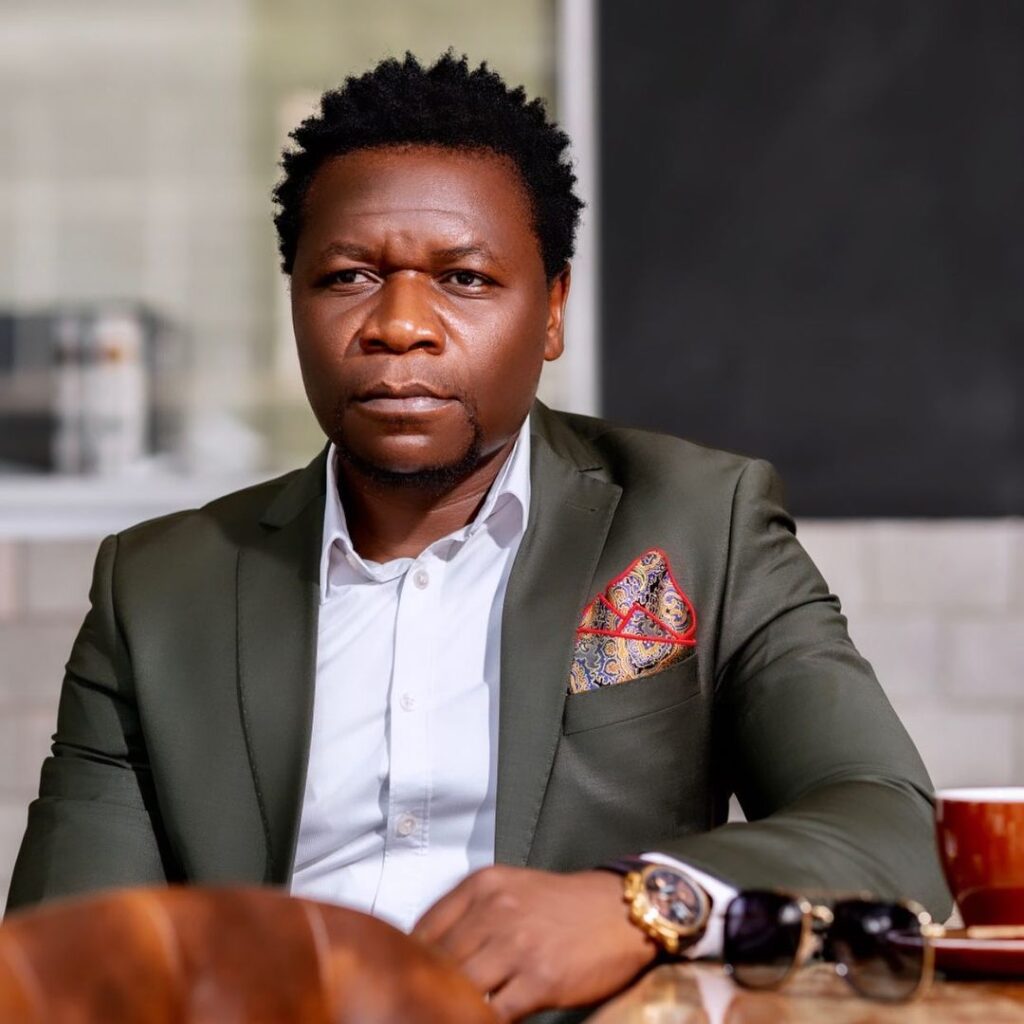 KK from Muvhango was once arrested too.

Muvhango actor; Mcdonald Ndou who plays the role of KK Mulaudzi was arrested with two of his accomplices during a Hawks operation at South Gate Mall, south of Johannesburg, where they allegedly attempted to extort R100 000 from a Gauteng businessman.

The three were facing seven charges of impersonating police officials, extortion, theft, kidnapping, corruption, defeating the ends of justice. Ndou remains a person of interest according to sources. 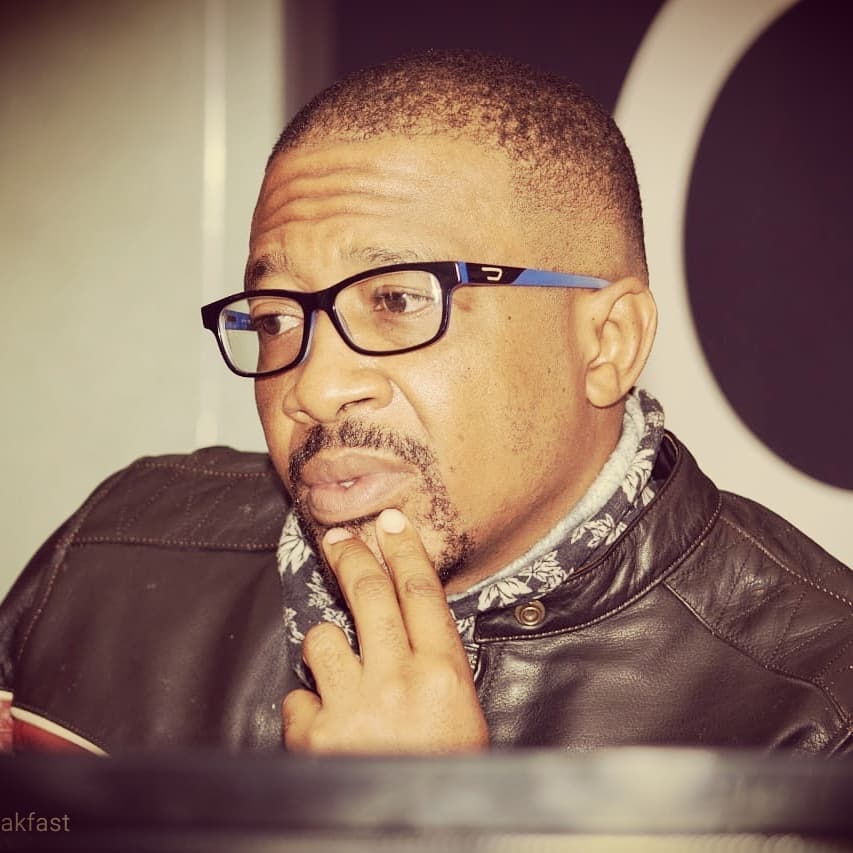 Image of SK, A South African actor among actors who were once arrested.

Skeem Saam actor Skhumbuzo Mbatha was arrested after he was involved in a crime racket. The actor was nabbed after he offered a criminal on the run transport. His car was used as a getaway car, and he happened to be the driver. But it was later revealed that he did not know about the crime beforehand since he thought the woman was desperate for transport in the previous hours; the actor stars as  Meneer Manaka on the SABC1’s drama series. 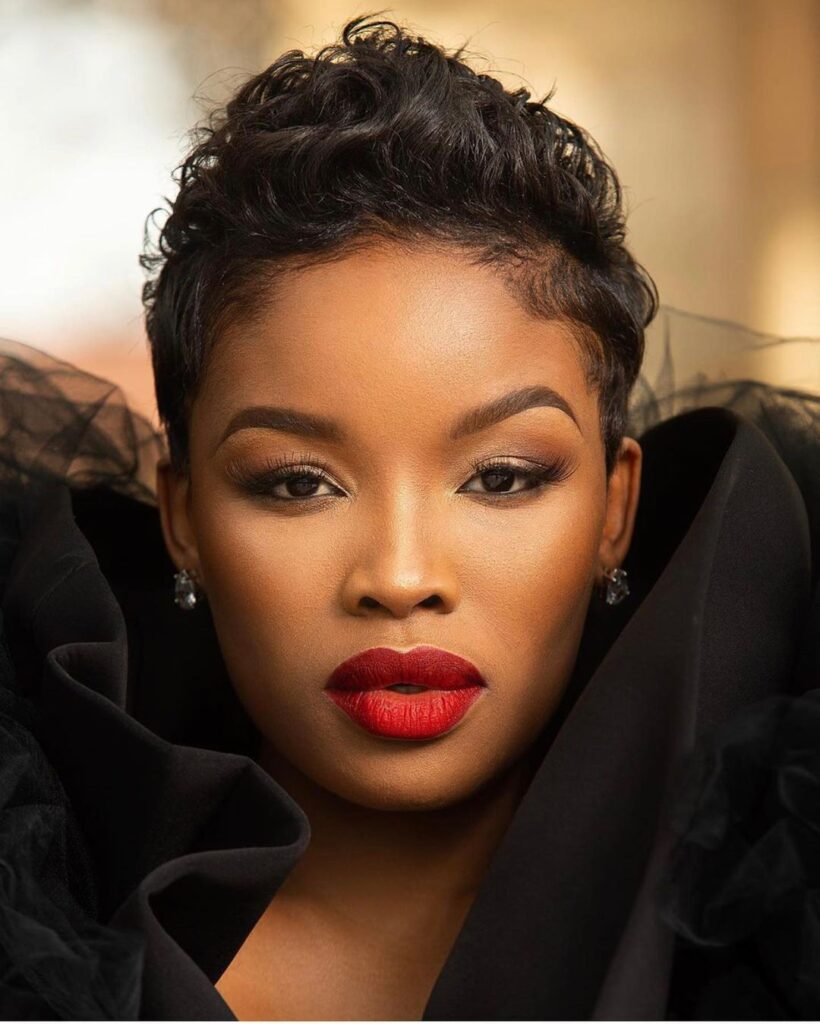 Zinhle Mabena an actress was arrested as well in real life.

Former Isibaya actress Zinhle Mabena who played the on-screen character of Sihle, has been arrested more than twice. The bubbly actress has made all sorts of headlines in recent years. In the backdrop of her arrest in 2017, she was also nabbed for a similar crime a few years later.

In 2017 she was arrested and detained for questioning after being involved in a horrific accident that left two dead and one paralyzed. The actress got away with the crime since no legal action was taken. Last year she hogged the headlines after she was nabbed for attempted murder. However, the attempted murder turned south, instead it left her husband’s bodyguard dead.

5. Presley Chweneyagae known as Cobra from The Queen 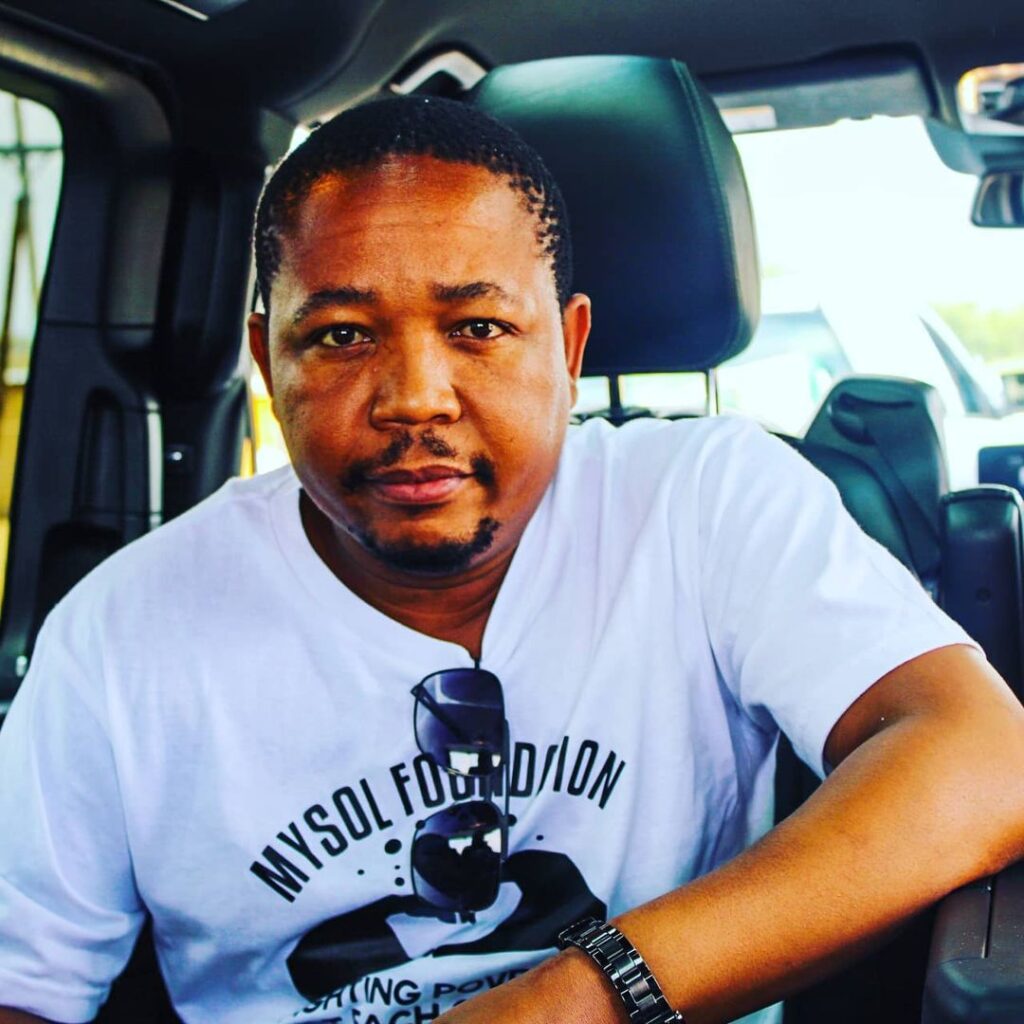 The River actor Presley Chweneyagae was arrested for gender based violence.

He is undoubtedly a bad boy, just as his character on award-winning film Tsotsi. The River actor Presley Chweneyagae has been arrested for gender-based violence, fraud, and forgery.

Late last year, he was nabbed and detained at the Pretoria North police station for allegedly assaulting his wife. However, that arrest came in the backdrop of another arrest. The actor was arrested and forced to pay a fine after driving using an Ivorian licence.

6. Israel Matseke-Zulu aka Don from Gomora 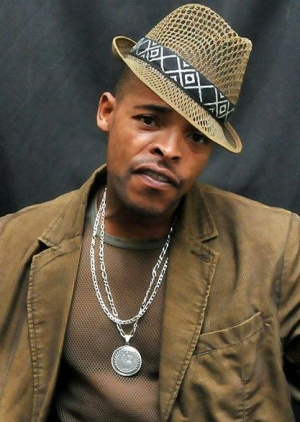 Israel Matseke is one of the actors who were arrested.

He is known for playing the best thug characters in South African drama serials and films such as Tsotsi, iNumber Number, Ganster’s paradise: Jerusalem and others. It’s not a surprise seeing him excelling in portraying Tsotsi characters on TV since he was once a thug in real life.

Makoe is an ex-convict, at the age of 14 in 1987, the actor was arrested for several counts, including theft and burglary. However, he was sentenced to eight years in prison in the mix of things.

After that he was incarcerated three years for car hijacking and housebreaking at Johannesburg Prison from 1996 to 1999. After his prison departure he became the best at playing thug or villain roles in most of his characters if not all.

7. Khanya Mkangisa from the queen 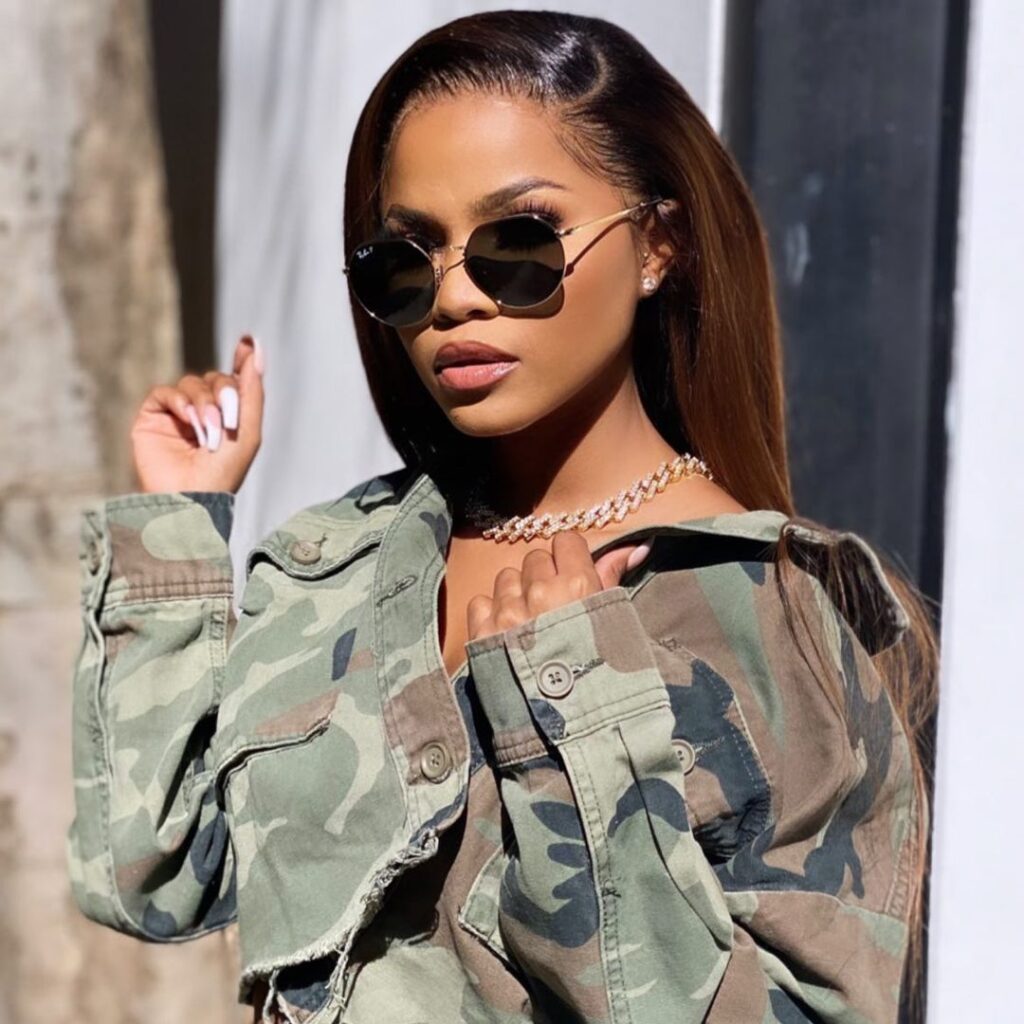 One of the actors who were arrested in real life is Khanya M.

Muvhango and The Queen actress and Selimathunzi TV presenter; Khanya Mkangisa was arrested twice. She was first arrested for drinking and driving and also for a hit and run. The actress was allegedly involved in a high-speed chase with police officers after a hit and run incident and was arrested and taken into custody. A police officer informed the media: “She was arrested, detained, and released.”

Her television debut dates back in the 2000s when she was just a teenager. At the age of 14, she got her big break on television and became a YoTv presenter on Sabc1. After being on YoTv she moved onto an educational science show called Knock Knock. In 2004, she made an appearance on the series Mthunzini.Com and thereafter moved on to star in The Lab1 as ‘Refilwe’ and then onto Ugugu noAndile.

8.  SK Khoza as Shaka Khoza from The Queen 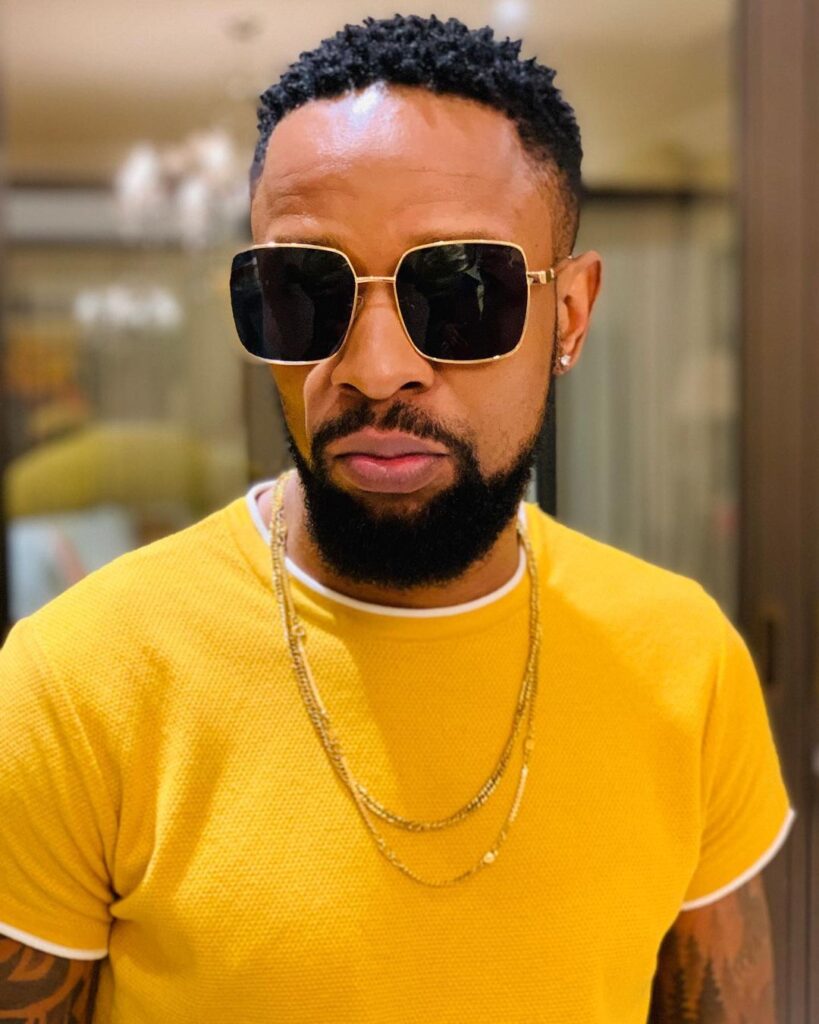 One of the actors who were charged in real life is SK Khoza.

Sthembiso “SK” Khoza is a South African actor and TV host, born to a Zulu father who was the national president of the Independent Municipal and Allied Trade Union at some point. SK Khoza has made all sorts of headlines in the past years. The Queen fired him after he was arrested for assaulting his fiancee. However, this was his second arrest in 2021. Earlier that year, he made all sorts of headlines when he hosted a super spreader party amid Covid-19 violating the lockdown regulations. 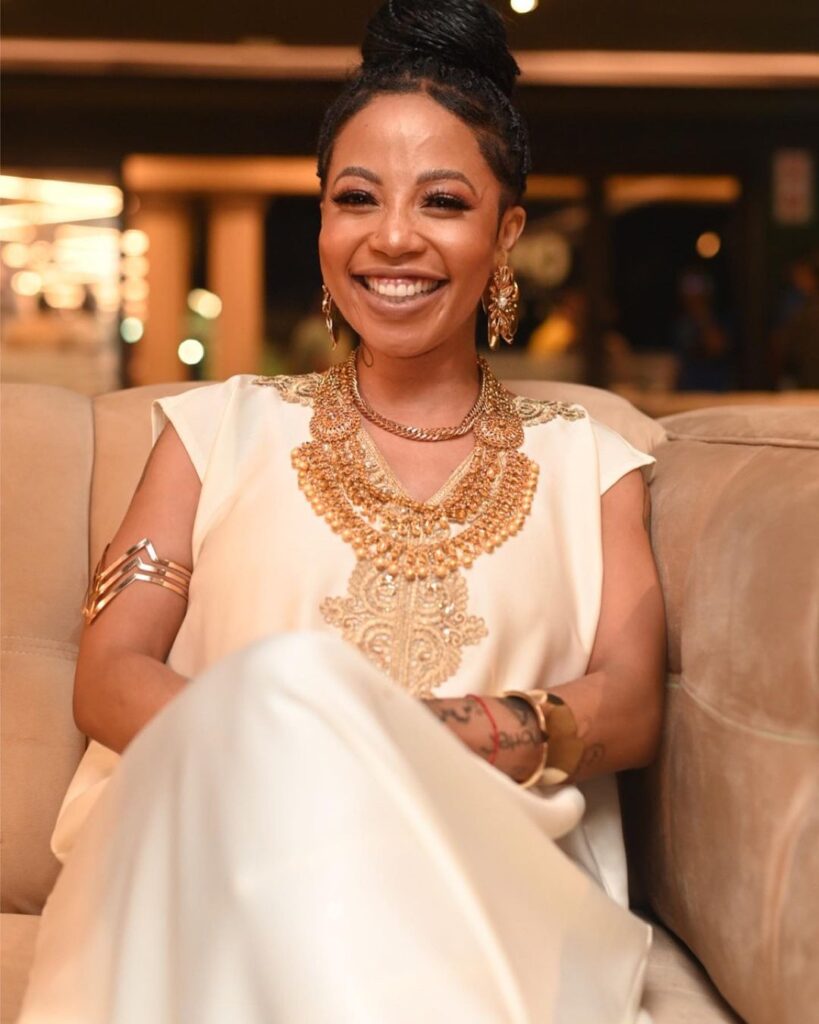 Kelly Nonhlanhla Khumalo was once arrested for the murder of her boyfriend Senzo Meyiwa.

A South African singer, songwriter, actress, and dancer Kelly Nonhlanhla Khumalo was once arrested for the murder of her boyfriend Senzo Meyiwa. She was implicated in Senzo’s murder in a document that was released last year by The South Gauteng Director of Public Prosecutions (DPP). The document which was handed to court states that Kelly and others orchestrated the murder of Bafana Bafana captain Senzo Meyiwa but it was dismissed as it was viewed as a internal opinion which held no merit.
Kelly is known as a songstress but she also acted in etv sopie, House of Zwide in September 2021 making her an actress. 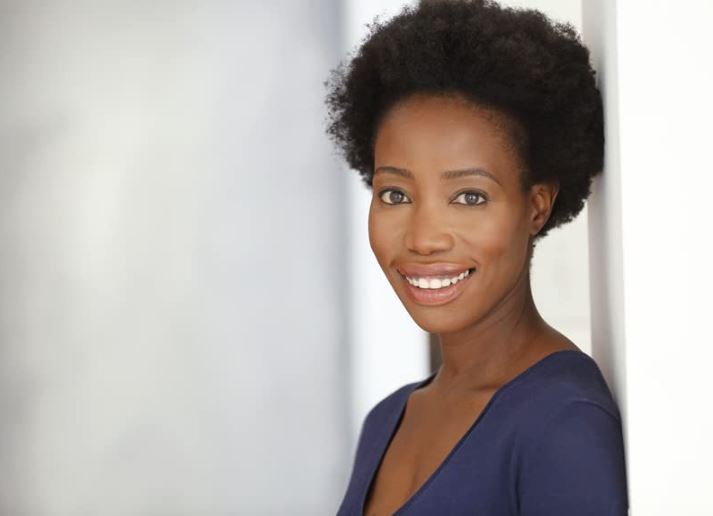 Image of SK, A South African actor among actors who were arrested.

Former Generations actress, Maggie Benedict, was arrested after allegedly stealing a R17.90 packet of Panado tablets at Checkers in Joburg’s Cresta in December 2013. The actress is known for appearing in films including Attack On Durfur (2009), Step to a Start Up (2014) and Queen of Katwe (2016). She received the South African Film and Television Awards for best ensemble cast award for her performance in the 2011 film The Mating Game.

If you liked this video, Please subscribe to our channel, hit the like button and notification bell.  Thank you for watching.