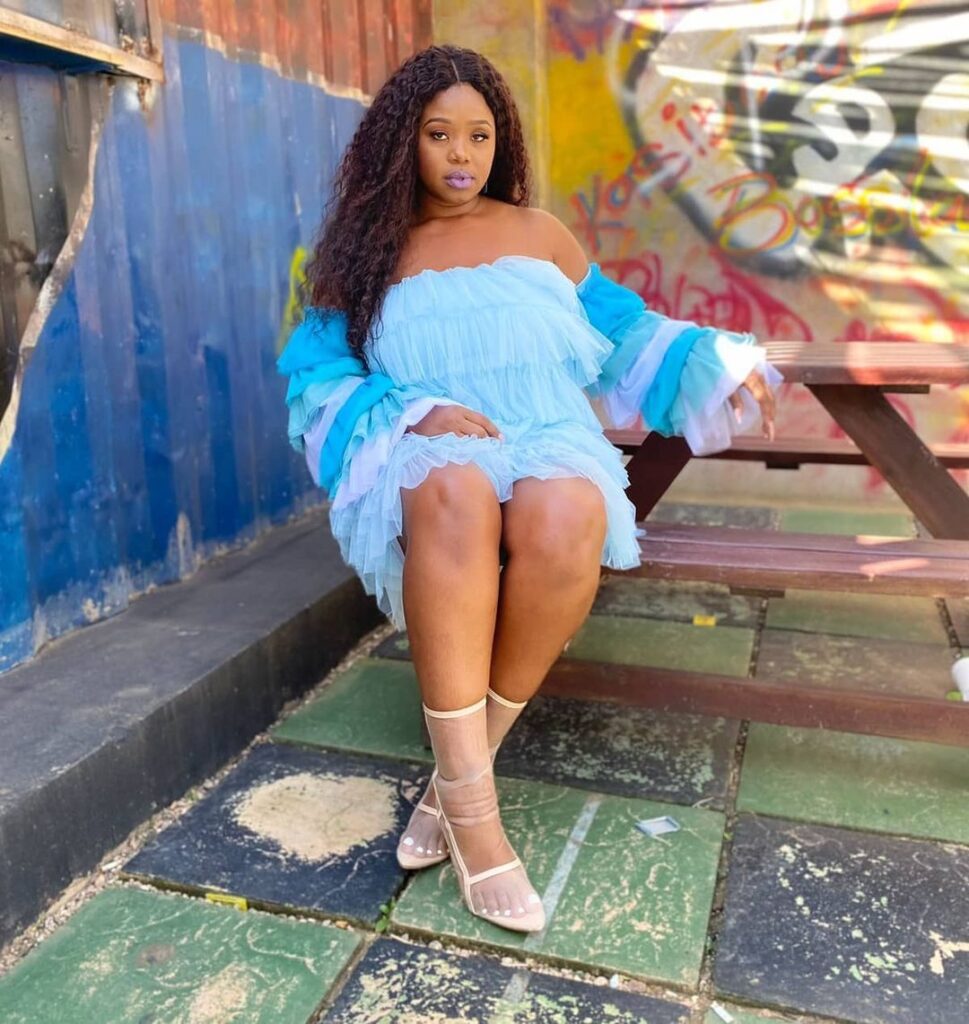 Nokuthula Mabika is South African actress, dancer and TV presenter. She was born on the 28th of July in 1988. Nokuthula was born in New Germany, Durban in Kwa-Zulu Natal. Mabika is famous for her role as Thobile the girl friend to Mastermind in Uzalo. 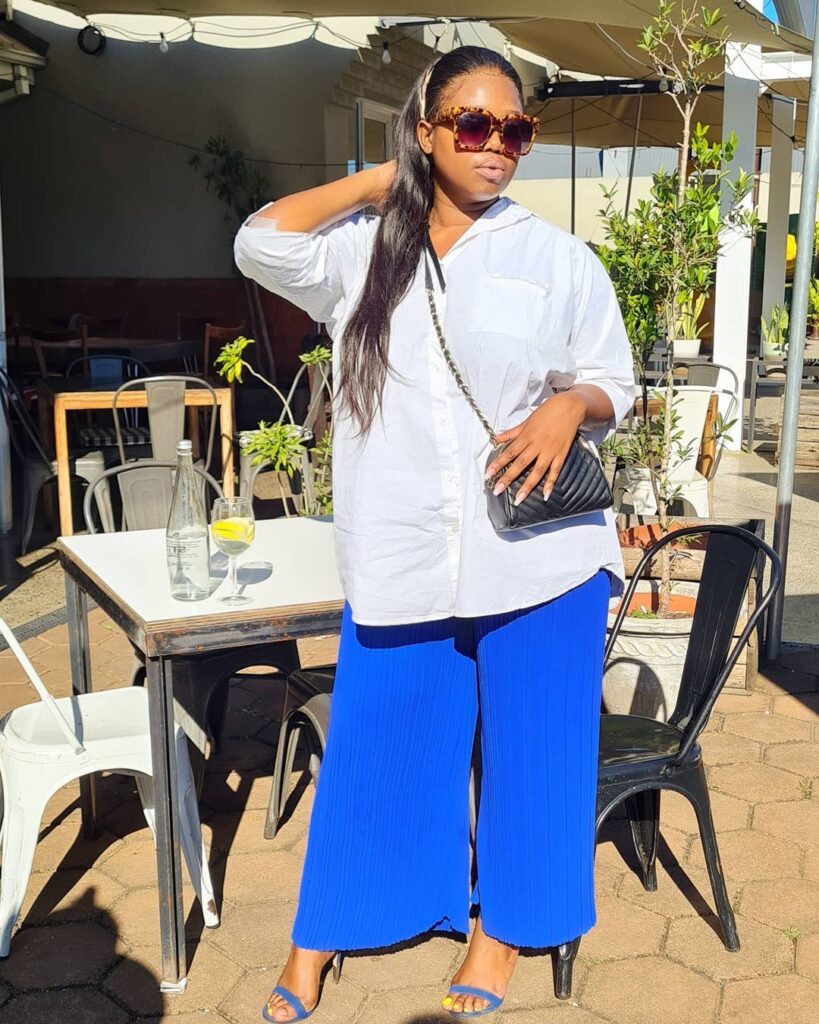 She grew up without her mother around for the most part. However, she reunited with her mother in 2005 when she was 17. Nokuthula and her brother were raised by a single father for the most part. Who had at least 7 children with 6 different women. However, this did not stop him from raising Nokuthula and her siblings with love and care. As Nokuthula expresses, they were a big happy family.

Nokuthula’s mother left her while she was in grade 2. That’s when her father took on the sole role of raising them. His other children also moved in with them and he raised them with ease. However, Nokuthula was the only girl in the family and always felt like her father did not understand her.

Reuniting with her mother

Noxy reunited with her mother in 2005 when she was only 17 years old. When they went to see their mother (Noxy and her brother) Noxy had very high hopes. Noxy (Nokuthula Mabika) thought her mother had a big house and a car.

Their father found out where the mother of the children was living when he bumped into her brother and he pointed them to her place. When they got there, Nokuthula was disappointed with reality. Her mother had no house, she was renting and had no car. However, this didn’t matter at all, all she needed was to see her and they (Noxy and her brother) later reunited with her and the void in Noxy was filled. [1]

Did Nokuthula Mabika’s mother really die at the age of 12?

Some sources say her mother died while she was only 12 years old, however that is very unlikely. In an interview with afternoon express, Nokuthula speaks of reuniting with her mother when she was 17 years in 2005. Which debunks that story of her mother dying while she was 12 years. 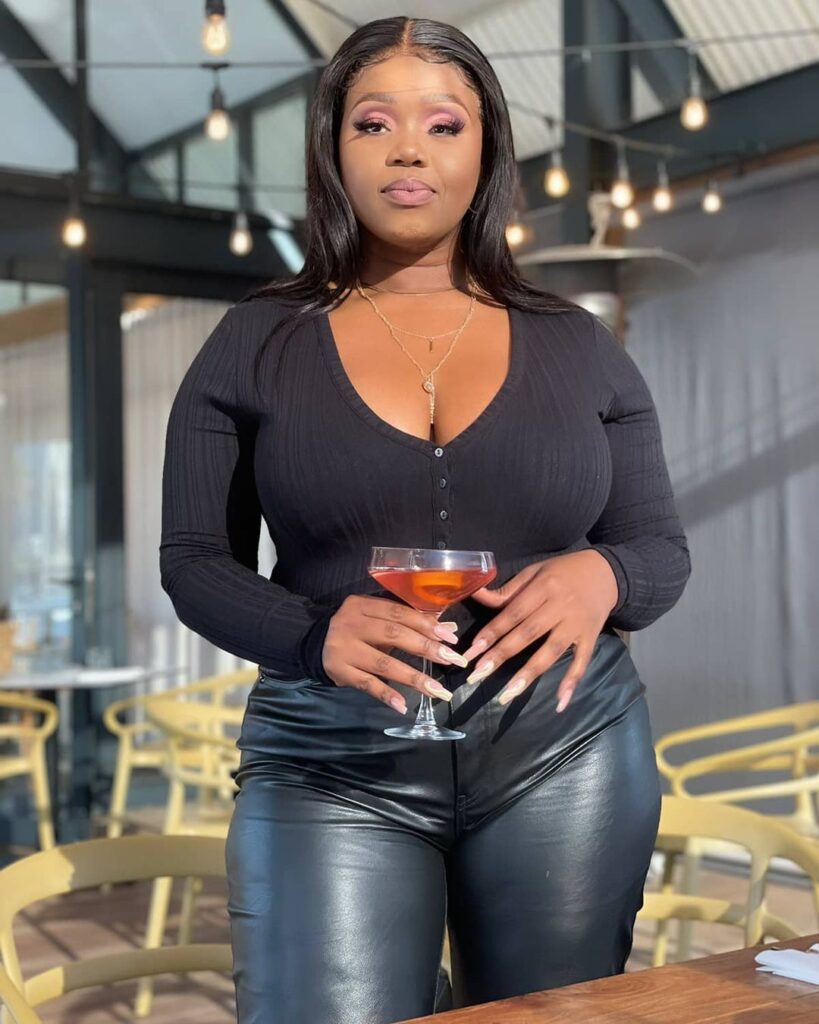 Moreover, she had another interview with News24 in which she confirms that she met her mother while she was in high school. At the age of 17 when you mix it with the afternoon express interview.

Career and Education of Mabika

Nokuthula Mabika has a BA in Drama and another qualification in Drama, Music and Movement from the University of Unizulu (University of Zululand). Mabika got her role on Uzalo as Mastermind’s girl friend Thobile. This is one of the roles she is famous for up to date. Noxy got her role at Uzalo after going through a phase in her life in which she felt like she needed a big break. In fact when she went for the auditions she had to wait until 7pm to be auditioned. She almost lost her patience but she kept reminding herself how badly she wanted this break. When she got the role it was a dream come true to her. She always wanted to be part of something big and this was her chance.

In 2020, the former Uzalo actor hit a high school pupil with her car. The pedestrian was paralyzed, Nokuthula was in big trouble because of this. Nokuthula apparently hit a high school pupil by the name Sanele Maphalala. When the Maphalala family filed for a case at the police station, nothing happened. Up to this day, their cry hasn’t been heard and the family has gotten no justice. No word yet from Nokuthula Mabika or the court or the police.

The family has lost hope on getting any Justice. Sibongile Maphalala (the victiom’s mother) was very furious with Mabika’s escape saying she will always live with a cloud hanging above her for her actions. The damage caused by the hit left the grade 11 pupil with severe head injuries. Such that when he returned from his coma in the hospital, he couldn’t think properly and was mentally disturbed. The yound boy now uses crutches to walk and yet Nokuthula who is accused of being the prime suspect is roaming free. Sibongile said that her ancestors will avenge her son.