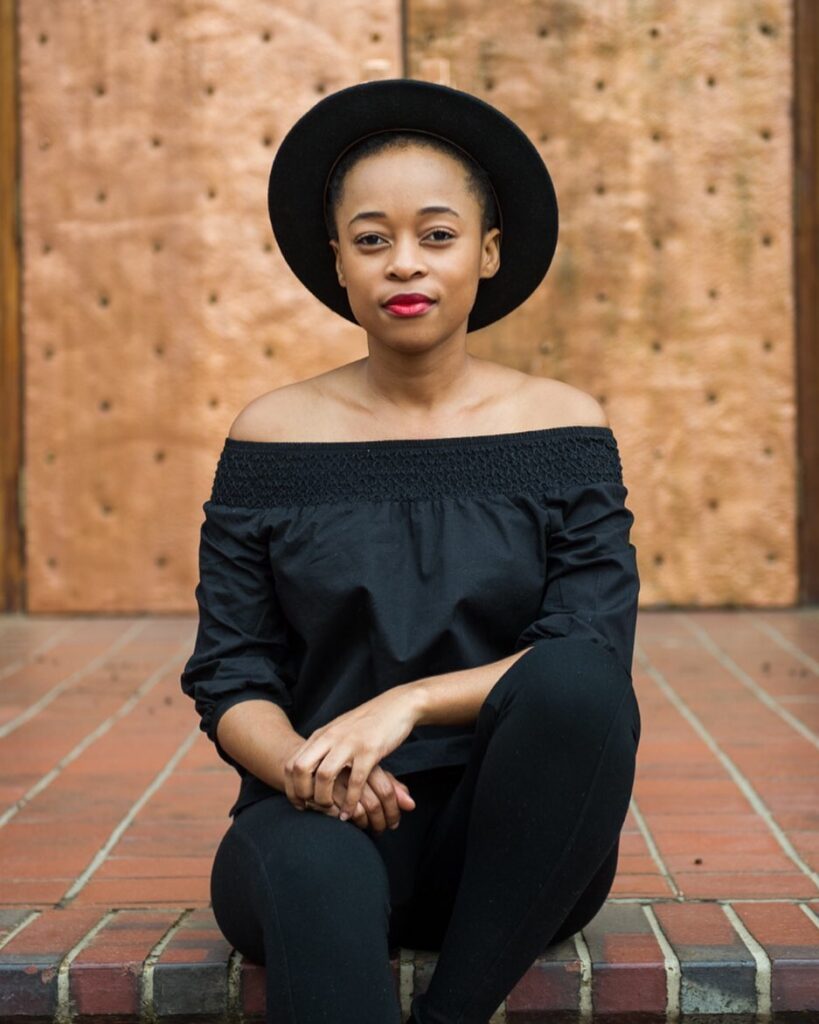 Image of Mmabatho Montsho in all black

Mmabatho Montsho was born on the 19nth of October 1983. She was born in Soweto, Johannesburg South Africa. was born into a family of six; she has two brothers and a sister. Mmabatho spent much of her early life at Carletonville, the Free State, and the City of Ekurhuleni. She was pretty precocious when she was young, and we can find this in the way she developed her talent and interest in fashion. [1]

At a tendered age, Mmabatho launched her first label Black Olive Designs, after completing high school with the support of a childhood friend. She is still a fashion enthusiast to date.

She had her primary and senior high school education at Greenside High School and then proceeded to the prestigious University of South Africa, where she studied Audiovisual Multimedia and graduated in flying colour.

Mmabatho Montsho‘s career in the entertainment industry began in 2006 when she first appeared as a guest actress on SABC in 2006 and later formed a part of Rhythm City at e.tv in 2007. She also appeared in the drama M-Net drama series, Jacob’s Cross, acting as Lerato, a materialistic wife to the main character, Jacob. Her early success earned her nominations for acting awards, including the Style Award and Awesome Women of 2007.

Fortunately for her in 2009, Mmabatho Montsho replaced Masello Montana, Eloise Cupido, and Anel Alexander, becoming the sole host at SABC 2 arts and culture magazine show Artcha picking on with the third season. Her career took another exciting turn when she joined SABC 1 reality show as a co-presenter alongside Katleho Srinivasan in 2012 for the reality series play. Since 2006, the gifted actress, Mmabatho Montsho has been featuring in several movies, dramas and serials, of which she has uniquely created a name for herself in the industry.

The beautiful actress, Mmabatho Montsho is in a relationship with Mbuyiseni Ndlozi. Multiple reports has it that they are married; though the duo keeps the relationship on a low profile, she is based in South Africa and augmenting her career. The revelation of her relationship status shocked those male fans who were drooling to have her.

. Jacob’s Cross
. Happiness Is a Four-letter Word
. Archa
. Mr Bones 2: Back from the Past as Wanita
. Plein Street
. Tempy Pushas as Noxy
. Nothing for Mahala
. Thula’s Vine
. Generations
. (Rhythm City
. Works
. Works as a producer
. Frontières
. The Award Ceremony
. Joko Ya Hao
. Nothing for Mahala
. A Hotel Called Memory