Mekaila Mathys, 08 October 1992 (age – 28 years old), is a South African actress and dancer well known for her role of Tahira Kahn on Blood and Water, a Netflix drama series. 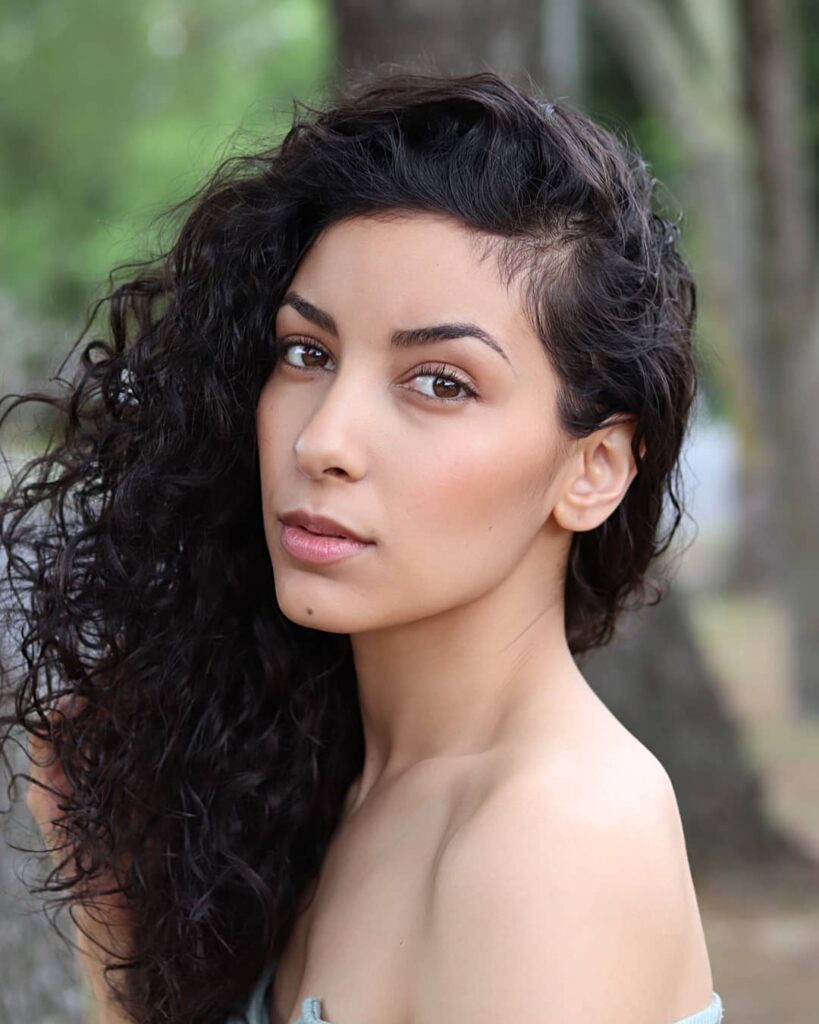 Mekaila Mathys is a 28 years old South African actress and dancer born on 08 October 1992. She was born and raised in Capetown, Western Cape Province in South Africa. Mekaila is a bilingual who can speak English and Afrikaans. Her English accent are Standard British and American. ¹ 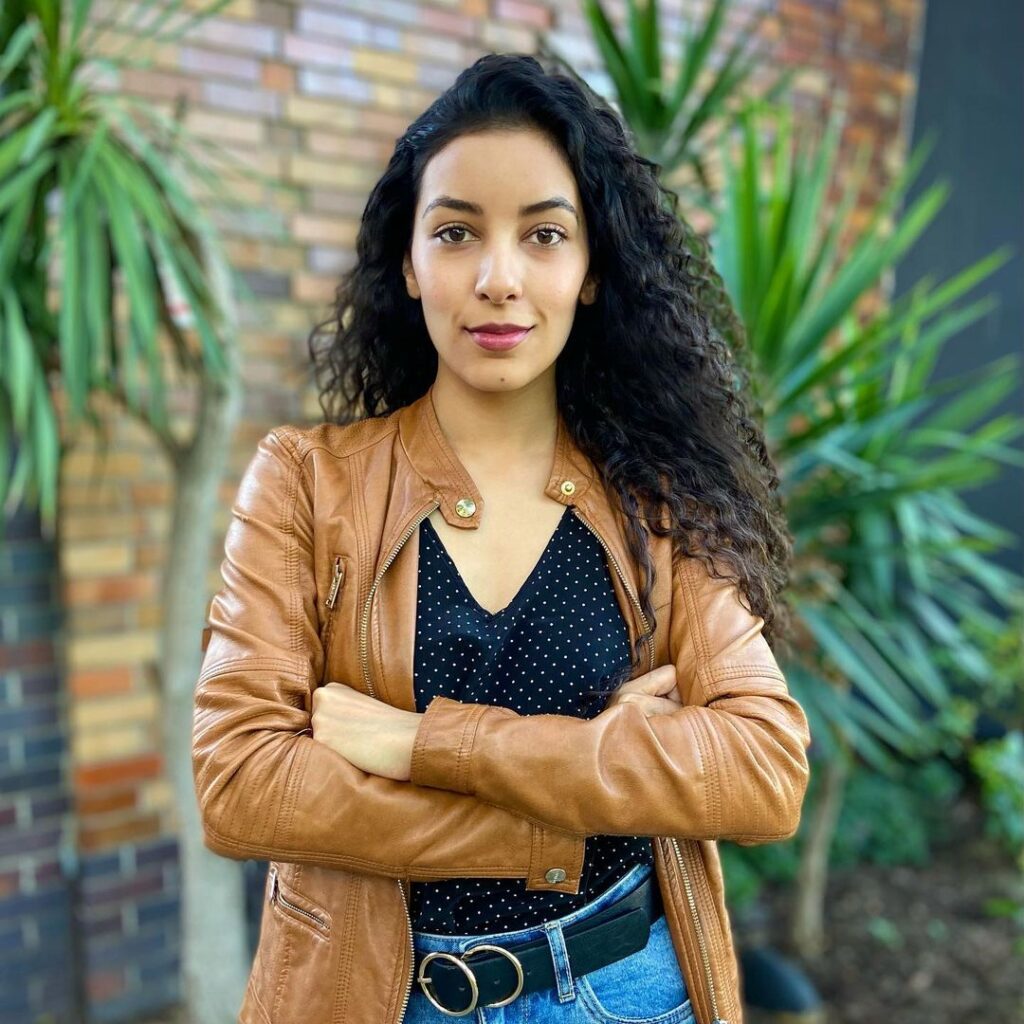 Image of Mekaila as Cassandra on Razor’s Edge, a short film released in 2021.

She attended The Screenact Studio Capetown where she studied Acting for film. In 2016 she enrolled at Rodini Films where she did Acting Technique 1 and 2 on camera auditioning workshop. In addition to that she also studied at Hollywood Acting Master Class, studied Theology and music at International Christian Bible College and enrolled at Act Cape Town – Film Acting Academy to do American Accent Express Course. She also received other formal training for her career such as Hip Hop dance, Movie firearms training, basic stunt and film fighting and vocal training with various institutions. 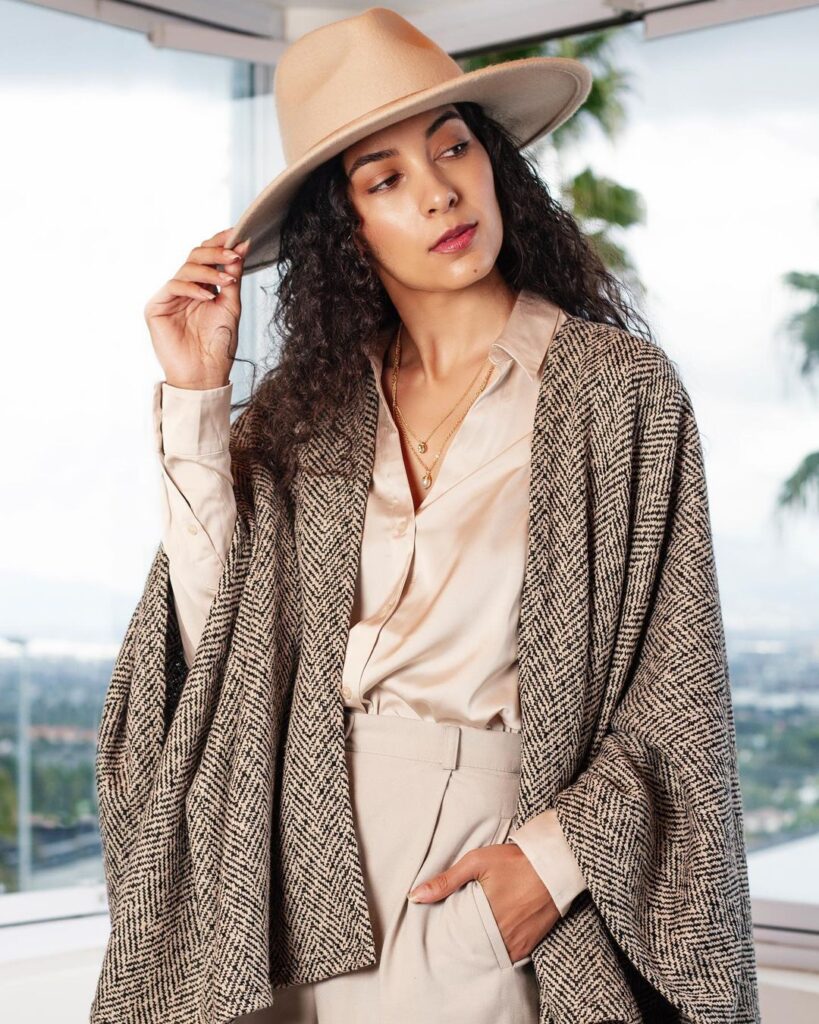 Image of Mekaila Mathys as Tahira Kahn on Blood and Water.

Mekaila’s career involves theatre, films, drama serials, dancing and commercial adverts. In 2015 she appeared on Dominion playing the role of 8-Ball Fallen Angel. She also played the role of a Dancing Patient on Blood Drive and played Elouise on Die Spreeus. She appeared on Deep State 2, Danz and was a dancer on music video projects such as Craze, Teeth and Bollywood. In 2019 she landed a role on a Netflix Africa drama series Blood and Water as Tahira Kahn from season 1 to 2. In 2021 she was casted as Elize Die Byl and as Layla on Die Sentrum which airs on SABC2.

Mekaila also appeared on films such as The Rainmaker, a short film published in 2019. In 2016 she appeared on Universal Entertainment film called Bring It On as a Cheerleader. Then in 2018 she was casted as Nikita on a 48 hour film project called Disowned. Her theatre work includes Danger In The Dark, Joseph and the Tenchicolour Dream Coat, she was a lead dancer on Colour Contrast and on Walking In The Footsteps Of Legends. She was a lead vocalist and dancer on Given To Fly Music. She also did commercials such as MTN, Coca cola, Lucozade, Engine and etc. In 2020 she did a commercial ad for Samsung, Virgin Active and for Mr Muscle. Then in 2021 she appeared again on Mr Muscle ad and Car For You. ²