Luthuli Dlamini born on 13 March 1966 (age-55 years old) is a Zimbabwe-born South African film and television actor. He is well-known for portraying the character of Stan Nyathi on the e.tv soapie opera Scandal. 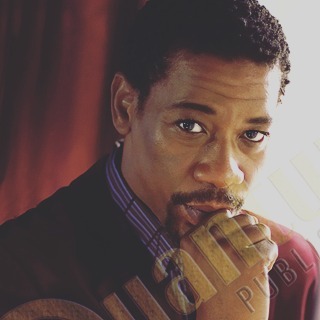 Luthuli Dlamini was born on the 13nth of March 1966. He was born in Bulawayo in Zimbabwe. He spent part of his childhood in Tshabalala. His family then moved to the United Kingdom after his father landed a job there, but later he moved back to Zimbabwe to get his education. He lived a comfortable life in the City since his father was a teacher, and his mother was a nurse. [1]

The veteran actor went to Carmel Primary School. He did his O levels in Physics, Biology, Accounting, Mathematics, English, and Chemistry at Christian Brothers College and A levels in Chemistry, Physics, and Biology at Anderson College.

He also has an H Tech in Medical Physics and Physiological Measurements. After that, he got diplomas in Business Management, Human Resource Management, restaurant management, and Performing Arts. He then moved back to the UK to enroll in Coventry University, where he graduated with a Bachelor’s Degree in Manufacturing Systems Engineering and Financial Management.

He began his acting career, which he had a passion for, at a very young age. Luthuli made his first Theater appearance at Bulawayo Theater when he was nine (9) years old. He also played the lead role in his school play titled Baoa Tree. From 2008-2009, He has played the leading role of Tombo Mbuli in the M-Net sitcom The Coconuts. On July 4, 2013, he joined Generations , television show that was aired live on SABC 1, playing a role of Scott. He also had played the role of Advocate Zulu on Uzalo from season 1 to season 4.

For a while, he left acting and devoted his time to Science. He returned to acting after he lost a patient he was operating. He joined the English Theater, and he was cast in many William Shakespeare Plays, including King Leah, Romeo and Juliet, Merchant of Venice, among many others. Luthuli Dlamini concentrated on television films when he returned to South Africa. He faced many challenges in his career and among them is that he was denied many acting roles due to his accent.

He turned this challenge around, and he is currently one of the most successful actors in South Africa. Also, Luthuli Dlamini took home the Best Actor Award at the Nice International Film Festival in France in 2019.

Luthuli Dlamini has kept his personal life secret. We gathered that the professional actor, Luthuli Dlamini is married and blessed with five (5) children.