Khanyisile Mbau born on 15 October 1985 is a South African actress, television host and artist who rose to fame as the second Doobsie in the SABC 2 soapie opera Muvhango. 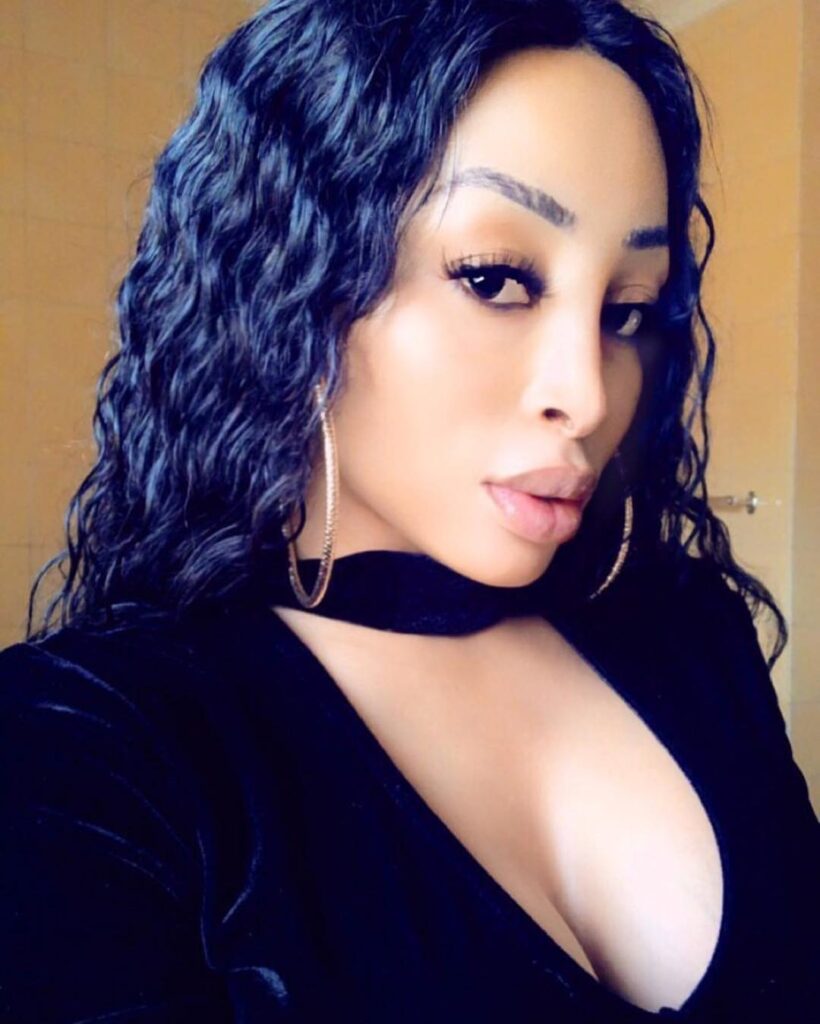 Khanyisile Mbau was born on the 15nth of October 1985. She was born at Florence Nightingale Hospital in Soweto, Johannesburg, South Africa. Her mother’s name was Lynette and have birth to Mbau while she was unmarried.  Menzi Mcunu, her father, has no claim to her but had the opportunity to name her. He provided her first name Khanyisile which could translate to “the bringer of light.” The nature of work forced her mother, Lynette, to leave her under the care of her grandparents. Mr. Babes Mbau, her grandfather, taught her to appreciate art. During her time with her grandmother, she attended an all-white school. Khanyi Mbau has two siblings, Lasizwe Dambuza and Thandeka Mcunu. [1]

In 2004, Khanyi Mbau landed the role of Doobsie on Muvhango. She took on the job to replace Lindiwe Chibi after Dan Mokoena, her boyfriend, shot her. Khanyi Mbau left the show a year later after being fired from her role. She was accused of partying too much and appearing in the Sunday tabloids, according to reports. After being cast in the South African drama titled Mzansi in 2006, Khanyi Mbau received another acting part. In season two of the popular SABC1 drama series, she was cast in the role of Mbali. Later that year, she landed another position in the film After 9.

Khanyi Mbau played Zee in the South African drama mini-series. In addition, she was a guest judge on season 2 of the South African show, Turn It Out in 2012. She had a leading role in Ekasi: Our Stories in 2012. She made an appearance on E.tv’s anthology drama series in one episode. She also made an appearance in the Vuzu documentary, I Am. Khanyi Mbau was cast in the series, Like Father, Like Son. She portrayed Sindisiwe Sibeko in the Mzansi Magic mini-series.

Khanyi began hosting her chat show, Katch It With Khanyi, on eKasi in 2013. She competed in Season 7 of Strictly Come Dancing the following year, in 2014. Unfortunately, she and her partner, Quintus Jansen, were eliminated in the seventh week after failing to receive enough votes to stay in the competition. Khanyi Mbau was cast in the supporting role of Pinky in E.tv’s drama, Ashes to Ashes in April 2015. Palesa Simelane was her character in the popular television drama series, Umlilo, which she starred in 2016.

She landed a new TV show, The Weekend Edition, in July 2016. Phat Joe, a radio and television host, was her co-host for the show. She made an appearance on The Scoop, a show about entertainment, in July 2017. She landed an acting job on Uzalo in March 2018. Dinekile was her character in the show (a.k.a Lady Die). She was cast as the lead in the drama series, Abomoma in April 2018. Not only is the actress a television personality, but she is also a radio personality. She was a host on Metro FM’s Whose Show Is It Anyway? in 2016. In November 2018, she announced her gin line and I Am Khanyi – Millennial Shimmer Gin.

In 2005, the stunning and accomplished actress, Khanyi Mbau met and began dating Mandla Mthembu, a billionaire and former journalist. The pair married the following year, but nine months after their wedding, they divorced. Mandla Mthembu alleges that Khanyi Mbau only wants his money. Khanyi Mbau reportedly dated Tebogo Lerole for ten years before calling it quits in 2020, according to reports. She has a daughter named, Khanukani.