Jailoshini Naidoo, born on 13 April 1977 (age – 44  years old), is a South African actress, comedian, businesswoman and radio personality. She is well known for her leading role of Nerupa Rampersad on Imbewu the seed. And as Jennifer Kandasamy on Keeping up with the Kandasamys. 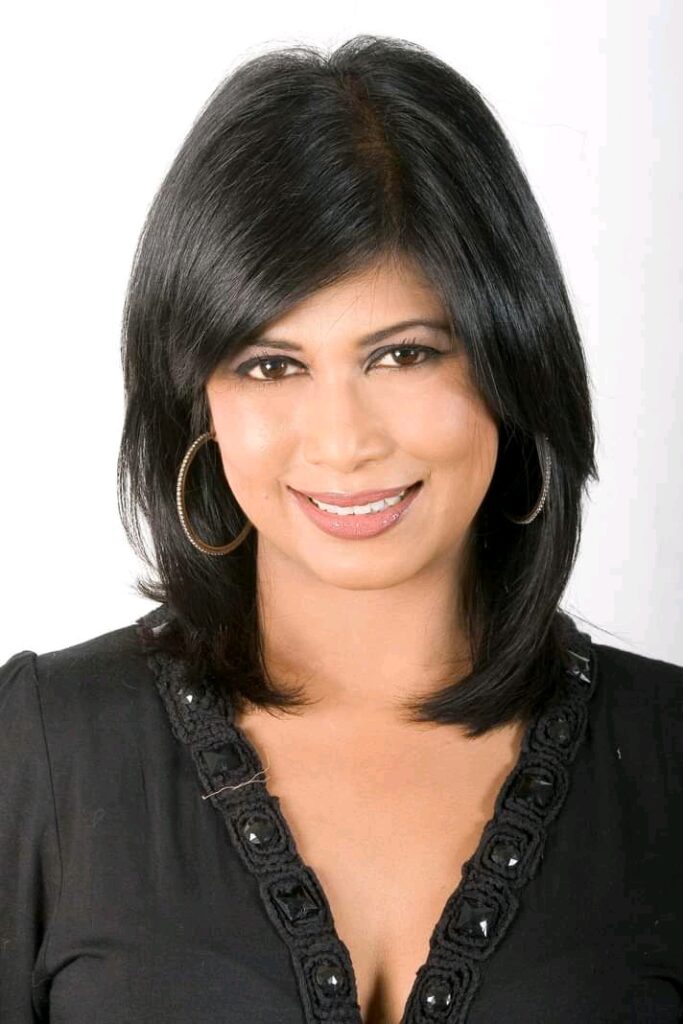 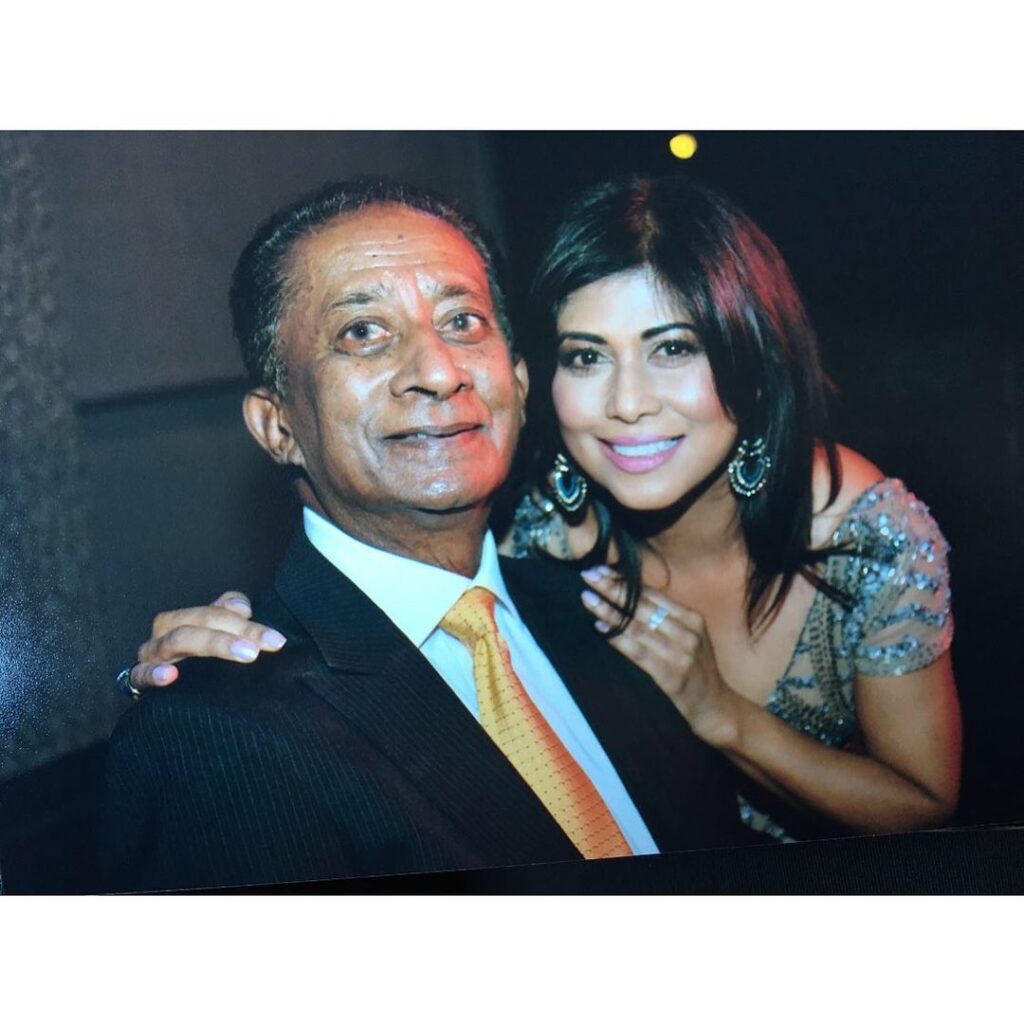 J Naidoo with her father on his birthday!

Jailoshini Naidoo is a 44 years old South African actress, comedian, radio presenter and businesswoman. She was born on 13 April 1977 in Durban, KwaZulu-Natal Province in South Africa. She attended high school at Southland High School. After metric she enrolled at University of Durban, Westville. And she graduated with a B.Paed Degree with majors in Drama, English and Education. Thereafter she studied Public Relations at Damelin and Communications majors through UNISA. ¹

Jailoshini has got a long and varied career as an actress, television and radio presenter, Businesswoman and comedian. She worked as Anchor television presenter on SABC2s Eastern Mosaic and on MNET. Jailoshini is a radio personality who works for LotusFm and had an opportunity to work as a newsreader on radio in Oslo, Norway. She was a Voiceover artist, lending her voice to many Radio Adverts and Corporate videos. She is also a stand up comedian who has performed through out SA for public, corporate, private and government functions. Naidoo is an entrepreneur or a businesswoman who host her own Television Presenter Courses and Acting Class. 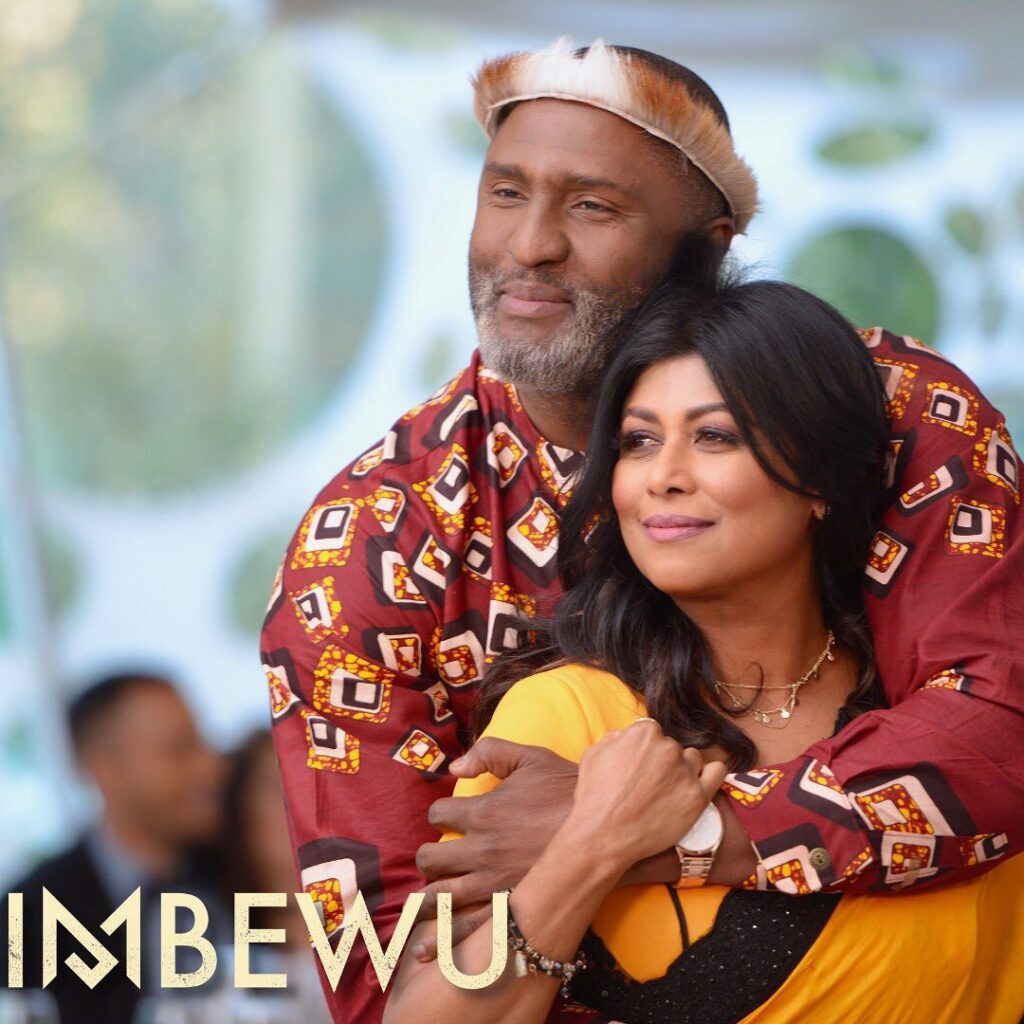 Muzi mthabela with Naidoo as Nerupa Rampersad and Menzi on Imbewu!

As an actor Jailoshini appeared on stage including The Playhouse, the Market Theater, the Baxter Theater, Johannesburg Civic Theatre, Grahamstown and the Hilton Arts Festival. She was selected to perform her one woman show, “At the Edge”. She played 32 characters at a solo Theatre Festival in India, Mumbai, Delhi and Bangalore. She is also well known for her role on a Netflix comedy film as Jennifer Kandasamy on Keeping up with the Kandasamys produced in 2017. In 2021 she starred and play a lead role on Tripping with the Kandasamys directed by Jayan Moodley, written by Rory Booth and Jayan Moodley.

Jailoshini has appeared on both international and national films. This include the British movie, “The Eastern Bride”, the Italian movie,”Karol”, the British TV series,”Strike Back 2″, the Canadian TV series “The Indian Detective “, the SA movie “3 Days to go” which was released in cinemas in January 2019. In 2018 She was casted on a South African soapie called Imbewu the seed as Nerupa Rampersad the wife to Pranav Rampersad.

The Keeping with the Kandasamys star has achieved lot of milestones in the acting industry. She was nominated and won the Simon Sabela Award for Best Actress for her lead role on Keeping up with the Kandasamys. For her stage work she was nominated twice for the FNB Vita Awards, 6 times for the Durban Theatre Awards and once for the ‘Mercury Theatre Personality of the Year Award’ all in the category ‘Beat Actress’.

She was a recipient of FFG awards from the Durban theater awards including Best Actress, Best Comedy Performance, Best Supporting Actress as well as the Mercury’s “Most Popular Theatre Personality Award”. She also received Golden Peacock Award from the Indian Academy of SA for ‘Outstanding Talent and Contribution to the Arts.²