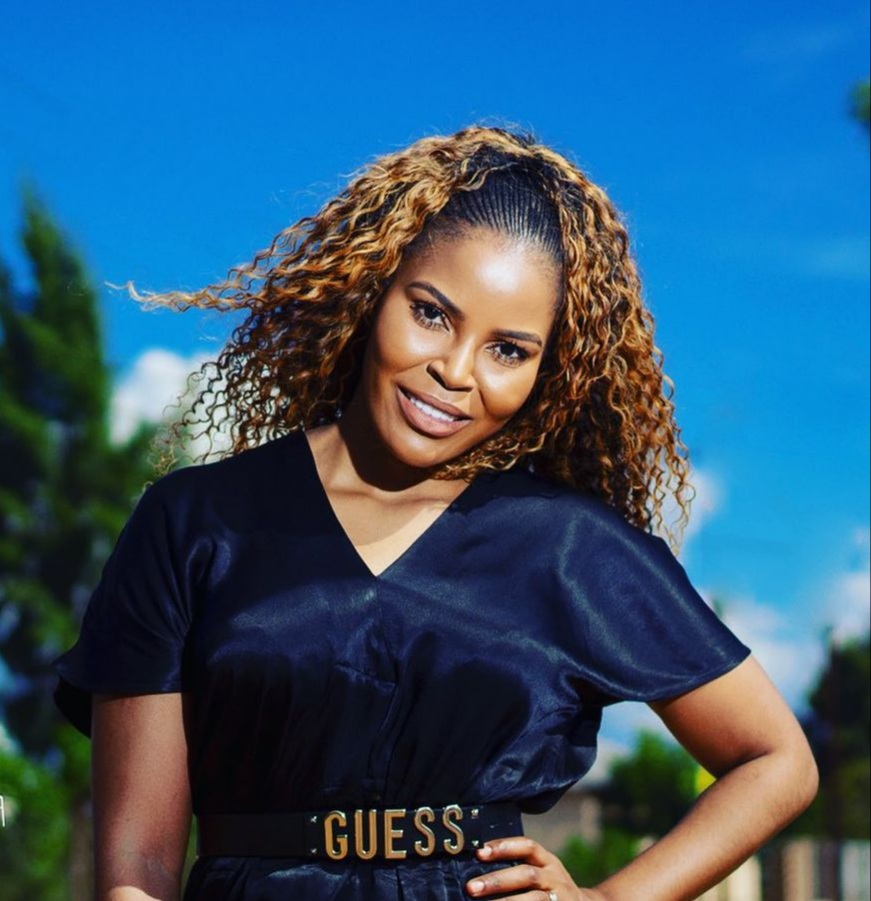 Image of Hellen Chiloane Motsuki age, husband and career. She is Melita from Skeem Saam.

Hellen Chiloane Motsuki was born in Lephalale, Limpopo Province in South Africa. She was born on the 19th of October but the year of her birth is not yet known. She was raised in Lephalale by both her parents but her mother died while she was still young.

Hellen has one sibling we know of by the name of Juliet Chiloane but we do not know much information about her other siblings. His father also died in 2016. Motsuki fell in love with acting and story telling at a tender age. She always tell stories to her peers who spent time listening to her fables.

She attended Tielelo Secondary School and Phegelelo High School where she obtained her matric. After getting her matric, moved from Limpopo to Gauteng Province to further her studies in arts.

In 2014 she began her studies for diploma in Media Practice and she graduated in 2017 after finishing her studies. [ ¹] 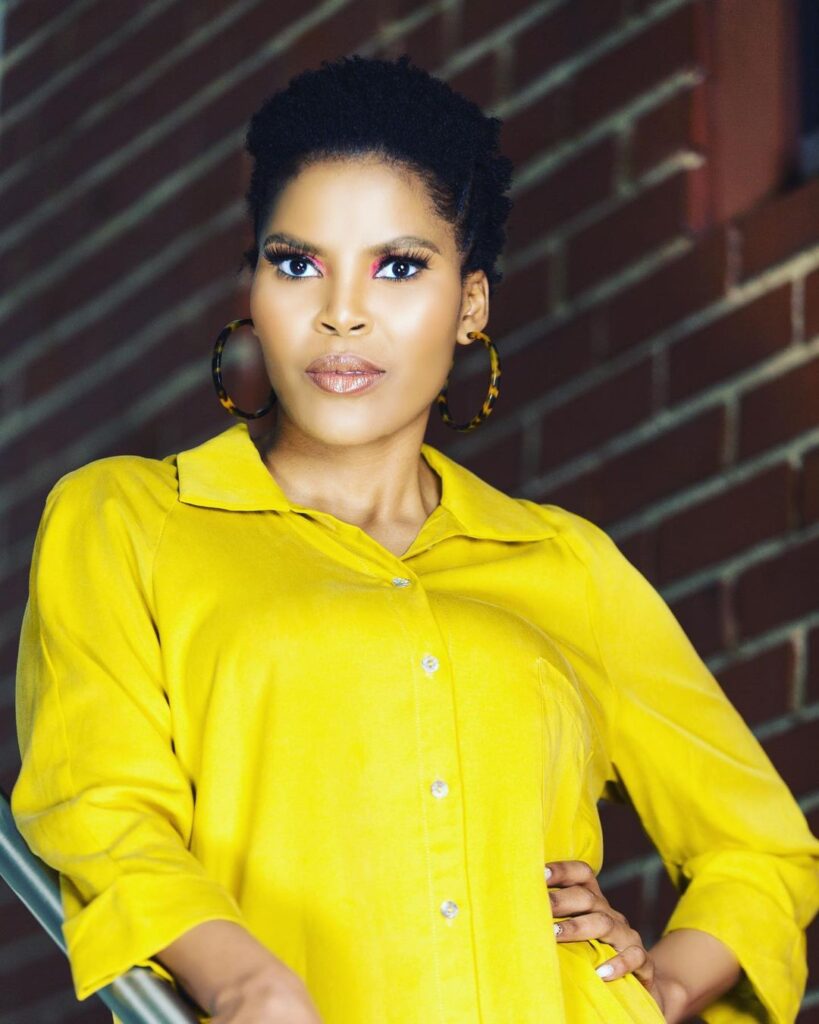 Motsuki made her acting debut in 2010 when she landed a role in Generations before rebranded to Generations: The legacy.  In 2013, she played alongside Stoan Seate in Mzansi Magic’s Khumo, Lehuma le Kgosi: War and she had a cameo role in Rockville. She played the role of Nadia on the long running series Generations. In 2014, 16 actors were axed from the SABC1 series after demanding salary raise and Hellen Motsuki was amongst them. [ ²]

In 2017, Motsuki joined the Ferguson Films when she was casted as Suzy in the Mzansi Magic drama The Queen. Suzy in The Queen was a bitter woman. “She and her husband are very abusive towards the troubled niece who was ‘forced’ into their care, following the teenager’s mother’s tragic death at the hands of the father,” she said. After that she appeared in the SABC2 soapie Muvhango as Advocate Grace alongside Dingaan Mokebe and Maumela Mahuwa. 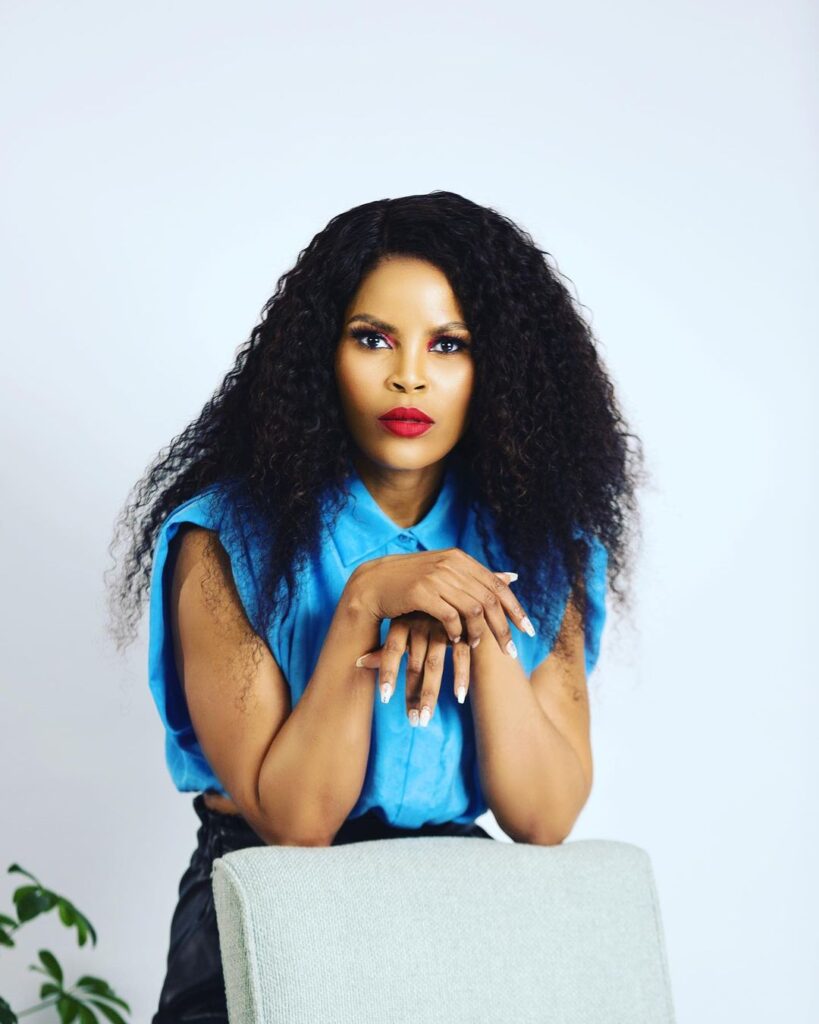 Hellen Chiloane Motsuki is married to her husband Andrew Motsuki but there is no information of when they got married. Personality wise, Hellen is such a soft spoken person who cant even hurt a fly.

“I’m this kind and sweet person, no matter how you hurt (me) I don’t shout. I don’t remember ever shouting at any human being.” She said. [ ³]

Hellen has other known family members aside from her sister Juliet Chiloane Peace. Her other family members are; Kenneth Madibana who is her cousin and Seipone Motsuki who is a relative obvious from her husband.