Dingaan Mokebe, born on 26 January 1978, is a 44 year-old South African actor, singer, voice-artist and presenter well known for his starring role as flamboyant yuppie investment broker James Motsamai on Muvhango SABC2. He started as an extra artist who was barman on Generations in 1998 but was fired for complaining against the stagnant of his character. 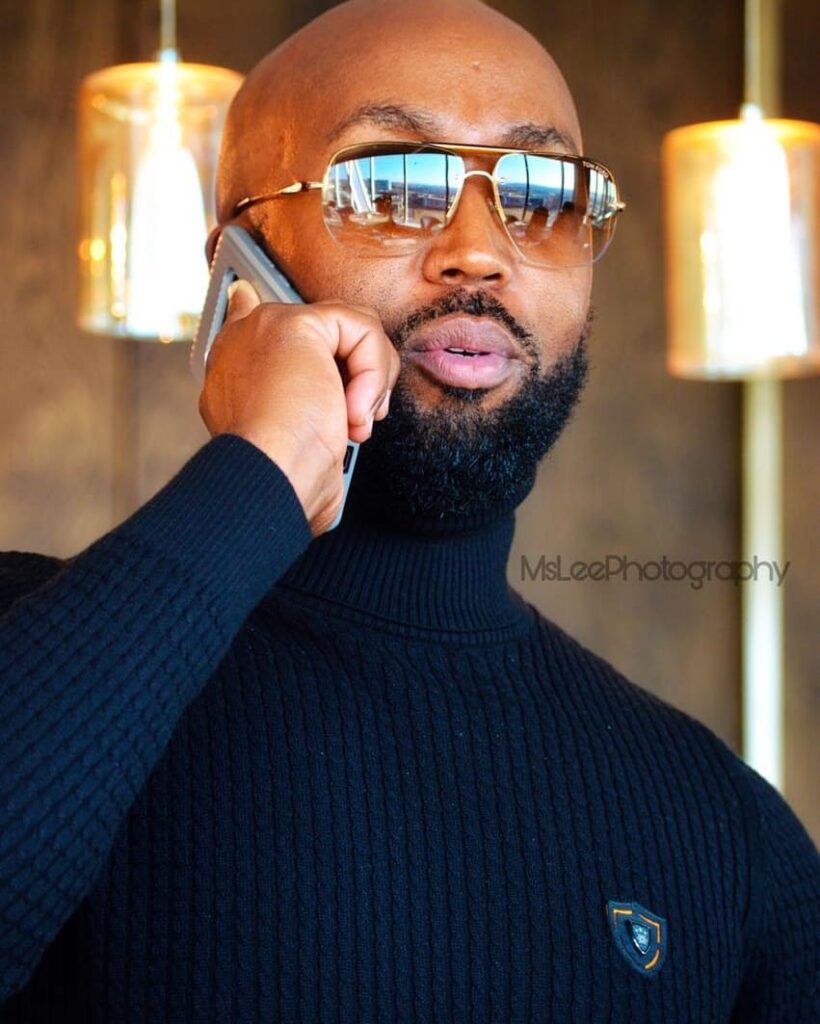 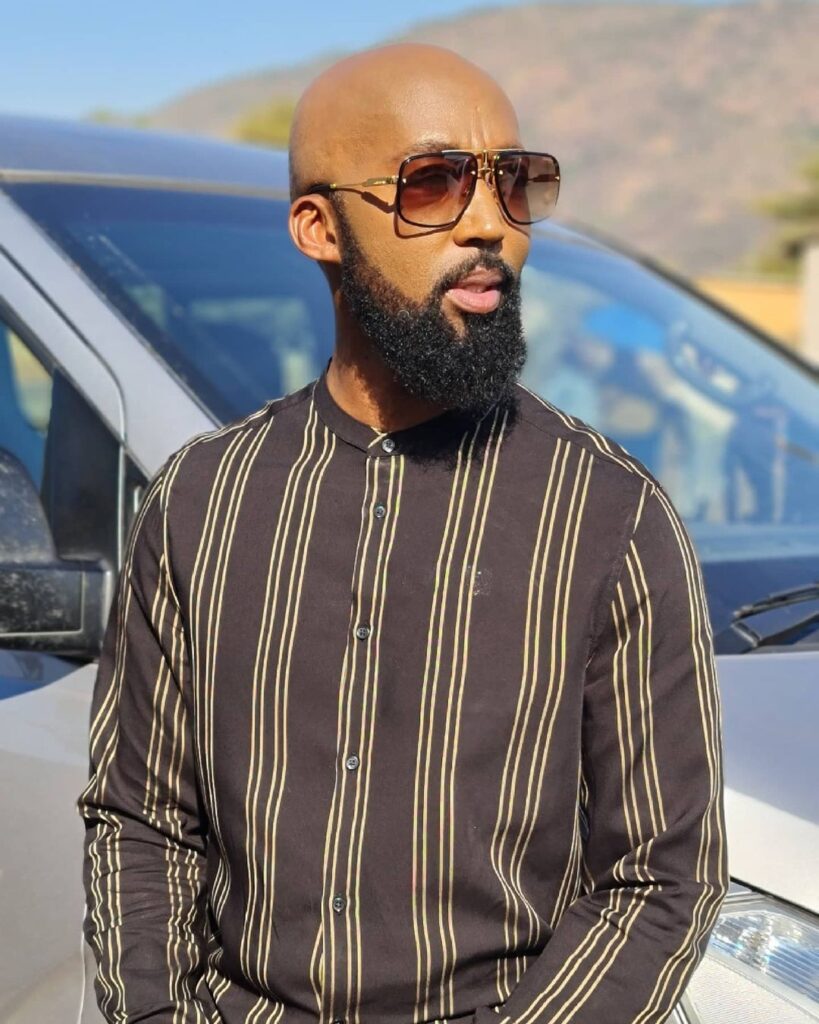 Dingaan Mokebe was born on 26 January 1978. He was born and raised in Limpopo Province, South Africa and currently lives in Johannesburg. He became popular after landing a starring role of James on Muvhango. Dingaan was raised by his stepfather and mother.

In 2016 he found his father after searching for him for long time. They were reconciled and traditional rituals were performed to welcome him into the family. He was glad that his stepfather, mother and father gets along. After this he changed his name to Dingaan Mokebe ka Khumalo. ¹ 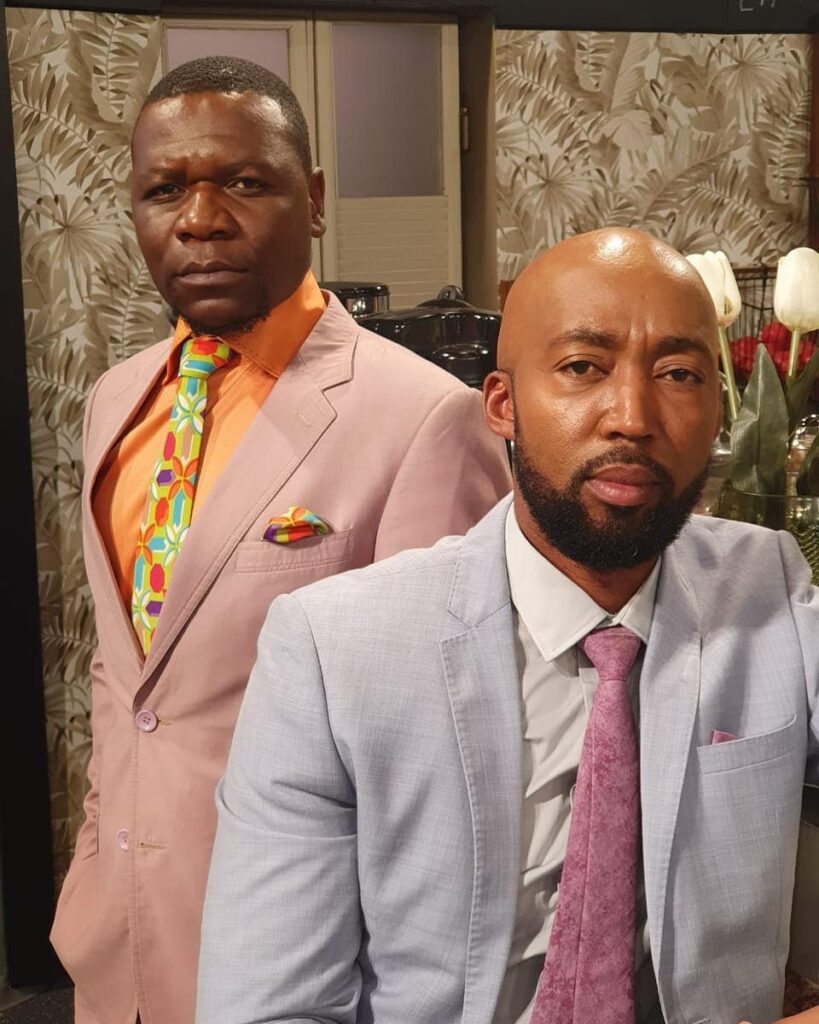 Dingaan la Khumalo with Colleague at Muvhango as James Motsamai.

Dingaan made his television debut in 1998 when he landed a role as an extra Generations. He was a barman Dingaan who feared his boss Sunny Jackobs. The character eventually won R10million rands but despite the wealth the character remained unpopular and stagnant. This confused the viewers and the actor himself.

And when Dingaan inquired about this his contract was terminated and was fired from the television series in 2000. After auditioning for quite some time unsuccessfully he eventually landed a role on Muvhango as James Motsamai, a flamboyant yuppie investment broker.

He also appeared on dramas such as Nna Sajene Kokobela and Umoja. In 2006 he was one of eight celebrities who competed in the second season of the SABC2 reality competition Strictly Come Dancing. He and his partner Phemelo Mabuse were voted out fourth.

The star also appeared on television commercials such as clients such as Smirnoff Red, Nedbank Million Dollar Challenge (as a ballboy collecting stray golf balls), Motsweding FM, Kelloggs, Coca Cola Mega Millions and Klipdrift. In 2013 he replaced Duncan Senye and Vuyelwa Booi as the sole host of the SABC2 show, Speak Out, starting with Season 6 to season 9 until 2016.² 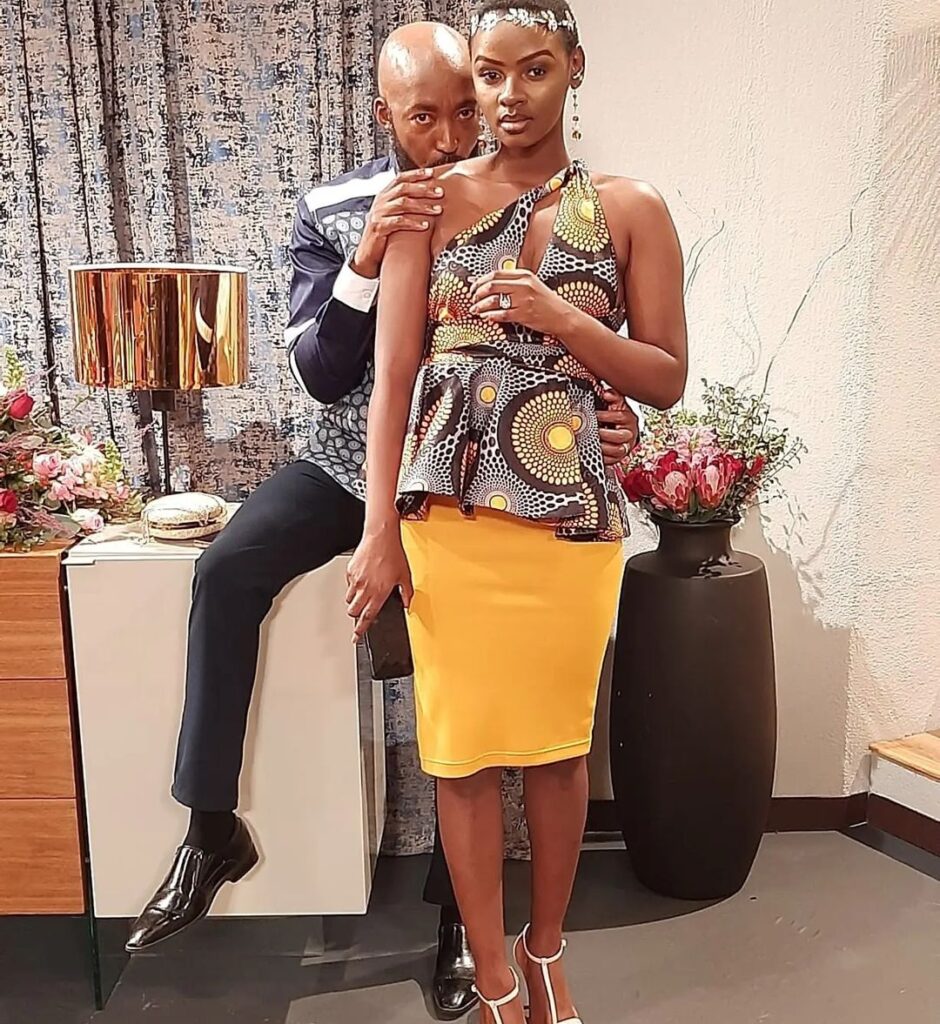 Dingaan with Zonke Mchunu as James Motsamai with his wife Imani Nkosi.

Dingaan is good looking man but is currently not married. In 2017 it was announced by News24 that he is getting married but when called he didnt give further comments.

His reply was, “I’m not saying anything. The day I get married, I would never call or invite you. Even If I were to get married, I would hire bouncers especially for Drum magazine (News24),”  However, he dated Tsholofelo for five years and they have a beautiful daughter together. Dingaan’s Networth was published in 2020 as R2 million.