Child actors, their ages and roles 2021

Check these 7 child actors, their ages and roles. 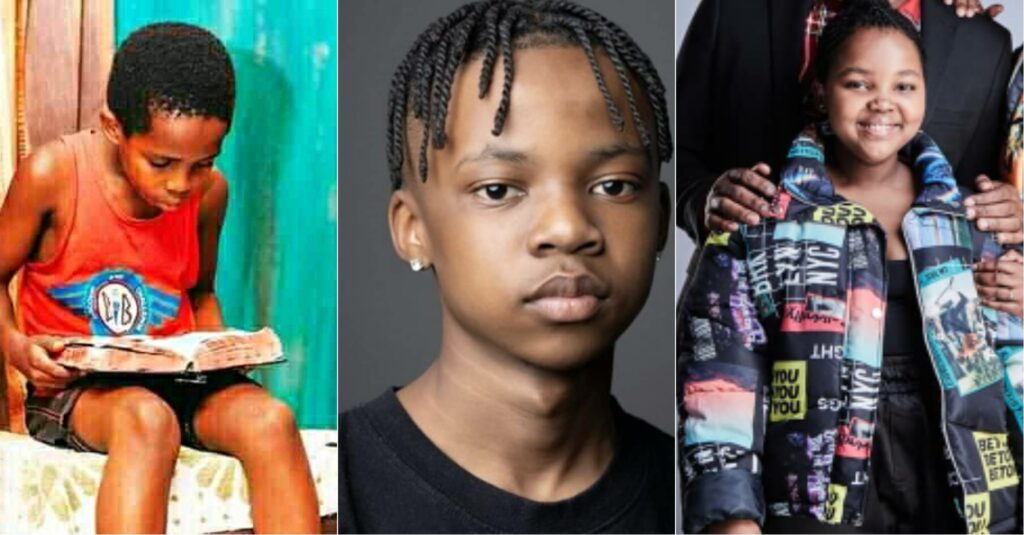 The acting entertainment industry is filled with actors of different ages, gender and race. Who come together to tell a story and makes it to look real so that fans can enjoy. If there wasn’t any variation of persons and characters then the story to be told wasn’t going to interesting and entertaining. Now in this article we have grouped together South African child actors and their roles.

Litlhonolofatso Litlhakanyane is a South African child actor. He is just 11 years old but he stole the hearts of many South Africans with his ability to speak fluent Setswana and to portray Tebello with authenticity.

Gabrielle Linton is child actress who is known for portraying Karmen Meinttljies on an Afrikaans drama 7de Laan.¹

KaiAnn Munyaka is a child actress who is well known for portraying Kanyi Jewel Nyathi. Kanyi Jewel Nyathi is Dintle Nyathi’s daughter with Quinton Nyathi. KaiAnn is probably 7 years old but she is so authentic and follow the script better than most people older than her.

Eyethu Mkhwanazi is a child actor, a toddler of about 3 years of age to be specific, who portrays Mepho Bhengu. A child of Nkululeko Bhengu and Ntombizethu Zethu Khanyile. In 2021 he was nominated for Royalty Soapie Awards alongside other child actors such as Roxanne Bornman who plays Vicky De Beer and Caiden Bouwer as Ruan De Beers on Binnelanders.

Tshiamo Molobi is a South African actor best known for playing Lefa on Rhythm City and Sibusiso on Diep City. He is now an adult actor since he turned 18 on 17 May in 2021.

6. Karabo Magongwa known for Keletso on House of Zwide

Karabo Magongwa is also a child actress who plays Keletso on House of Zwide. Born in 2008, she is only 13 years old. She is we known for appearing on television adverts from a very young age portraying a child of the parents on scenes.