Chichi Letswalo, born on 14 September 1981 (age – 39 years old), is a South African actress and presenter best known for playing Claudia on Isithembiso from season one to season two. She was a presenter on The Wedding show on SABC 3 in 2003 and received further acting education in New York. Image of Chichi Letswalo as Claudia from Isithembiso or Mrs Mkhize on Lingashoni.

Chichi Letswalo is a 39 years old South African actress and presenter who was born on 14 September 1981. She was born and raised in Alexandria, Johannesburg, Gauteng Province in South Africa. Chichi is the eldest of the three siblings. Her passion for art was first sparked when she was still in primary school around grade 1 or 2 when the school took them on a trip to a theatre to see The Wizard of Oz play. When she was in high school she deviated from her childhood dream and decides to study psychology. But when she thought back to her primary school dream she realized she was born for acting. So, she concluded that she will do acting but her father didn’t support it so she had to pay for her fees to pursue acting.

After primary education she attended Wendywood High School. Then she enrolled at Akademie vir Dramakuns, one of South African acting institutions. After that she left Mzansi for New York where she attended  the Michael Howard School of Film, Theatre and Television. 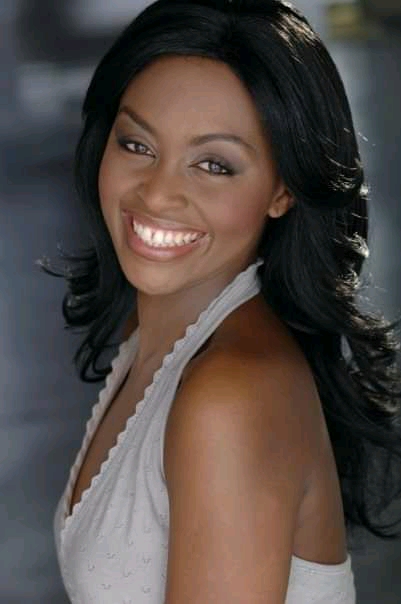 Image of Chichi Letswalo as Claudia from Isithembiso or Mrs Mkhize on Lingashoni.

Chichi Letswalo was introduced to acting and presenting when she started presenting The Wedding show on SABC 3 in 2003 with Ed Jordan. She was later discovered by acting producers at Rosebank Mall which marked the beginning of her journey to stardom. Her first television gig was on an advert then she was casted for the role of Kwezi on Backstage. She became a prominent actress when she appeared on Isithembiso as Claudia, a very strategic woman who finds herself as a mother of three and in a loveless marriage.

She also appeared on other television shows and series such as Tshisa, Grassroots, Generations and Zaziwa. In 2021 she was casted as Mrs Mkhize on Lingashoni season 1. Her other work include being in corporate world, being featured on billboards, commercials and magazine covers. She was a presenter on short promotions such as Ciao Cocktails and the Handy Andy homemaker show. ¹

Chichi Tebogo Letswalo reviewed that she didn’t want to be married because she witnessed most of her friends getting divorced. She once moved to New York city to study for acting simultaneously working as a nanny. Other sources revealed that life was difficult for her after The Wedding Show was discontinued. Her house in Morningside Manor family mansion was repossessed, forcing her to squat at a friend’s house in Pimville, Soweto, while her siblings were adopted by relatives.

After relocating to NY, her friend, Cleopatra spread news that she moved to NY because she hates South Africa. Her friend went on to say she was to hook Chichi up with a rich man in United States to bring her back on her feet. But according to her she wanted to clear her mind and accused her friend, Cleopatra Mariri, of being envious of her from childhood which is why she spread such rumors that Chichi hates South Africa.²

“Cleopatra has always been an enemy of mine from primary school. She was that girl who tried her best to be me, she is a venomous individual who used my fall as a tool to promote herself,” she said commenting on the rumors of her hating South Africa. ³