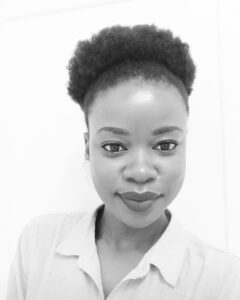 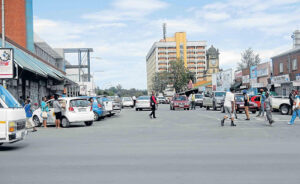 Picture of Mthatha the small town Zikhona hails from

Zikhona Bali born 07 June 1985 is a South African actress born in Mthatha, Eastern Cape. Bali is known for her recurring role on SABC 1’s Mfolozi Street as Ziyanda. However, she walked a long path before she could get there. Zikhona started off in the theatres, with theatrical perfomances such as My Fathers daughter and Strike a woman, Strike a rock. She attended Highschool at Riebeek College Girl’s High School. And then later she graduated with a diploma in media studies and journalism at Boston Media House in 2010. After this she worked as a photographer, writer, marketing and PR

Her first big role was in 2014 on SABC 1’s Mfolozi Street where she landed the role of Ziyanda. The one she’s most famous for. However, this was only the beggining, Zikhona Bali went on to get many roles on the big screens. In 2015, she had many television appearances, from big shows such as etv’s Rhythm City, Mzansi Magic’s Zabalaza series and SABC 2’s sitcom Gatuteng Maboneng. Then towards the end of 2015 she landed a lead role in etv’s anthology series eKasi our stories. Where she would play a lead role in an episode called Thula Thula. The episode was about an ambitious young girl whose dreams are ruined when her uncle abuses her. However, the episode only later aired on the 11th of Junuary 2016.

In that very same year she appeared on eTv’s Umlilo series and later got a role along Thuso Mbedu in Mzansi Magic’s youth drama seried Is’thunzi. Which is about four girls who call themselves ninjas. In that show she plays Londi, a young wife who defies her inlaws by returning to school to finish her matric. Zikhona Bali is also famous for her role on Diep City as Asanda.

Zikhona on dark days in the industry

Zikhona Bali shared a little inside view on how hard it can get in the acting industry. First of all, addressing the unequality in the industry she stressed how she was unable to give s.e.xual favours in return of getting a role. She said that most producers and directors would seek s.e.xual favours especially for new actors and she just couldn’t do it. “I didn’t have the courage to do such things” she said. 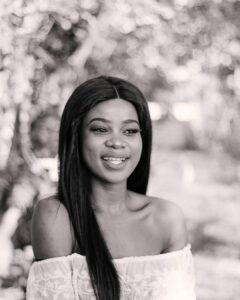 However, Zikhona Bali doesn’t judge those who took the shortcut saying: “if ot worked for them then good for them”. This goes to show how inequality still rules in the industry through men who are unreformed to mordern thinking. Moreover, this was not the only thing she found draining in the industry. There were days she was not getting roles and says her grandmother was her anchor. Through her prayers and words of encouragement she kept Zikhona going until where she is now is very grateful for her. The acting industry is difficult and especially for women it seems.

Zikhona Bali stressed how much she didn’t want Londi to be seen in her Diep city character Asanda. This is why she said that she made sure the character was different. From the way she wears her beret and puts her sunglasses in a perculiar way. However, this doesn’t come easy. Infact according to Zikhona, acting is a lot of work and isn’t as easy people think. She furthermore explained how much time they spend on set. According to Zikhona they spend 12 hours on set and 15 hours of work when you count the time it takes to prepare your lines and delivery. This however mostly applies to lead actors like herand perhaps supporting actors. But less to featured actors and guest actors.

“The idea that it is easy, there is a lot of money and you will be famous or anyone can do it is all false. There is a lot of work that goes into it, a lot. And not only from actors but the production team,” she further elaborated.

Zikhona Bali has had a great deal of success in her career. Starring alongside big Hollywood stars like Forest whitaker in the movie “The forgiven”. And one of the films she was recently featured in was nominated for a BAFTA. She was also nominated for SAFTA for best supporting actress in the SABC 1 series Is’Thunzi. And Zikhona only hopes to keep escalating to bigger screens as time goes.