Zandile Lujabe, born in 1990, is a Zimbabwean-born South African actress well known for playing Palesa on SABC 3 Isidingo. She had other roles on drama series such as Scandal etv, Generations, Ayeye and she is currently playing Phindi on a Netflix film called African America which premiered on 23 July. 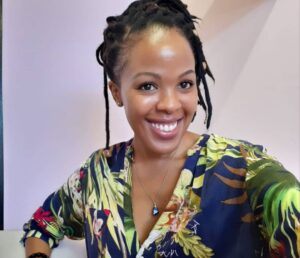 Zandile Lujabe was born in 1990 in Zimbabwe to South African parents who were in exile, spent a few years in Australia but later moved back to South Africa where her parents had settled in Mafikeng. While growing up, Zandile was very creative and would get emotional whenever she witnessed a performance of either acting or singing or dancing.

She enjoyed school plays but played in school music band because she was very shy to act until she realized that we only live once. That’s when she decided to study acting and auditioned in few school in Australia and she was accepted.

Zandile graduated with a Bachelor of Arts in acting for screen and stage at the Charles Sturt University in Sydney, Australia. She also completed a course on acting for camera at the New York Film Academy in 2010. ¹ 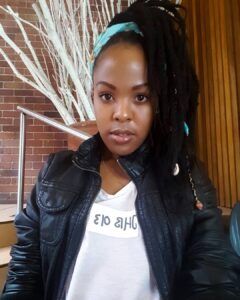 She acted as Ziyanda on Ayeye

Getting an acting role in the South African acting industry wasn’t easy for Lujabe. After graduating and obtaining international qualifications, Lujabe Zandi auditioned for roles but she wasn’t getting an job. But she eventually got a gig when she was just on a brink of giving up, her breakthrough role was on Ayeye where she played Ziyanda and from then onward roles started to keep on coming.

Zandile played Palesa on SABC 3 Isidingo before the show was canned by the broadcaster. After Isidingo she got new roles and worked on new projects. She also stars on Netflix film called African America as Phindi which premiered on 23rd July 2021. The film is directed by Muzi Mthembu. Phindi is the best friend of Nompumelelo, the lead actor on the movie.

What else does Zandile Lujabe do aside from acting? 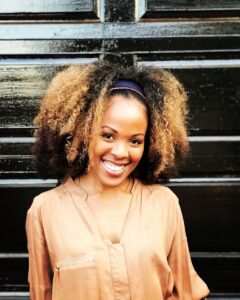 Zandile is into art

Zandile is a painter who has decorated her entire house with personal paintings and says that she enjoys the calmness and peace it brings her.

Which company does Zandile owns?

Zandile Lujabe owns an acting school called African Acting Academy which aims to educate and empower young African people who have hopes of making it in film and television.