Who is Wiseman Mncube the actor?

Wiseman Mncube is a 32-year-old South African actor, playwright, singer and director born in Durban. He is prominently known for playing a hardcore womanizer Sibonelo in the SABC1 soapie Uzalo. He came to limelight when he starred in the e.tv drama series The Kingdom – uKhakhayi as Mfanufikile. This was his first starring role in television.

His career highlights as a playwright include winning the Best Production and Best Script Awards at Khaya Multi-Art Centre in KwaMashu during the isiGcawu Festival for his play The Weeping Candle. He is related to Ntando Mncube who played Njeza on The Wife produced by Stained Glass Productions.

Wiseman is also a musician and a singer who released few songs which are already on South African music library. 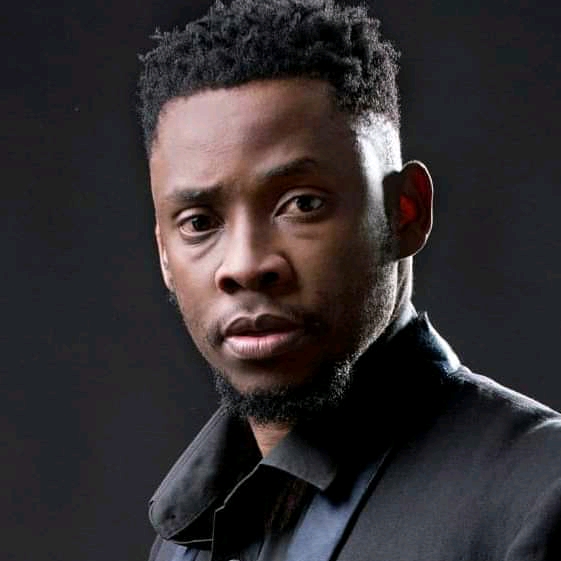 Image of Wiseman Mncube who plays Sibonelo from Uzalo.

He was born on May 29, 1990 in Ulundi, Durban in KwaZulu Natal Province in South Africa. He was born in a family of five siblings, meaning he was the sixth child of his parents. Wiseman grew up in Newlands West in Durban where he had most of his childhood. That is where he obtained his basic education such as primary and high school, and his tertiary education as well.

His parents were not actors by profession but that’s where he took inspiration pertaining acting. Growing up Wiseman’s parents would tell stories and act them out, with so much expression and creativity.

After he matriculated, he went to the Durban University Of Technology and studied acting.

Wiseman Mncube has got three brothers who are his blood siblings. Two of his brothers and himself are in the acting industry, they include Ntando Mncube his older brother who plays Njeza in The Wife and his younger brother Omega Mncube who plays the role of Phelelani in Uzalo . Ntando was the first one that took the acting route. Then he introduced both Wiseman and Omega to acting and they’re all professionals now.

When Ntando was in his first year at DUT Wiseman was in grade 10. He invited him to come and watch one of his shows called Sophiatown at one of the theatres. By that time Wiseman wasn’t even dreaming of becoming an actor but was inspired by his brother.

“To be honest, I was not thinking about following in his footsteps. I had not made up my mind yet as to what career I wanted to pursue. When we got to the show, I was completely mesmerised and intrigued by everything I was seeing – from the stage to the wardrobe and the ambiance of the theatre. That’s when I instinctively knew that this is where I wanted to end up and that this is where I belong. I then also went to DUT and studied acting,” Wiseman Mncube said. [ ¹] 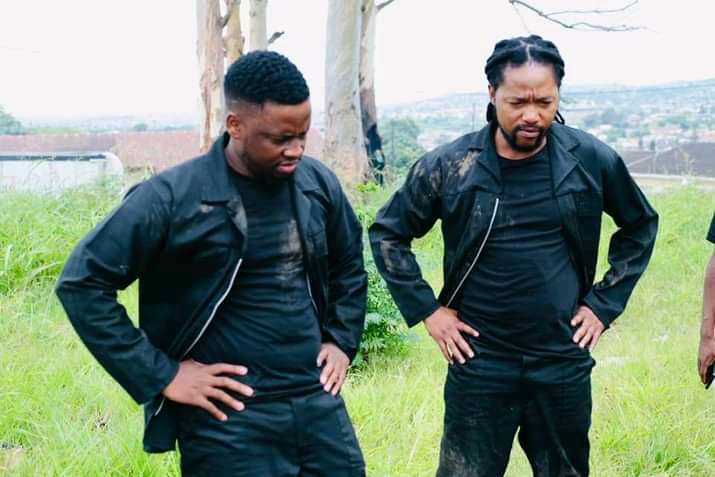 Image of Wiseman as Sibonelo with Simphiwe Majozi who plays Sbu in Uzalo.

He received his first professional job after graduating from DUT, when he performed a one-man performance in which he portrayed 13 different roles on stage at the same time. This was the start of his acting career, which he continued to develop through theatre. Nothing But the Truth, Horn of Sorrow, Meet Bro Six Two, Culture Clash, Amambazo The Musical, Have We Been Heard, and Mashu the Musical are some of his major theatre works.

He wrote and directed The Weeping Candle in November 2012. The play was critically lauded, and Mncube received the isiGcawu Festival’s Best Production and Best Script prizes. In November 2012, these festivals were hosted at the Khaya Multi-Art Centre in KwaMashu, KZN.

He also won the Mercury Theatre Awards’ Best Newcomer Award and the Musho Festival’s Best Actor Award in the same year. Then he won the Standard Bank Ovation Award for his performance in the play Giving Birth to My Father. Three National Arts Festival (NAF) honours were presented to him in Grahamstown in 2014. He was named to the Musho Festival’s board of directors in 2015.

In 2014 he made his television debut in a Lokshin Bioscope film called iNyaope Indaba where he played drug addict smoking Nyaope. In 2016, he made television debut with the drama serial The Kingdom-UKhakhayi and played the role of “Mfanufikile”. After gaining popularity, he joined with the e.tv telenovela Gold Diggers.

In 2018, he played the character of “Reggie” in the TV Mini Series Liberty. In 2019, he played the character “Jama” in the television series EHostela. For this role, he received the Best Actor Award in TV Drama at the South African Film and Television Awards (SAFTA) in 2020. He also got an award at the Mzansi Viewers Choice Awards in the same year.

Then he landed the character of “Sibonelo” in the Uzalo soap opera. He played the role of “Vusi Ndlovu” in the feature film The Turning Son in mid-2019, and then “Siya” in the 2020 film Rage of a Lioness.

A Brief on his Sibonelo role from Uzalo

This character is misinterpreted to a large extent. He is regarded as arrogant, rude, frightening, and threatening by the general public. Sibonele is someone who has a strong affection for his mother, as I’ve discovered by performing this part. He is devoted to his mother and would always stand by her. Another thing is, he would even put his life on the line for her.

He instilled in me the importance of loving your mother and parents regardless of the circumstances. Yes, our parents might be overbearing at times, but this character taught me how to be loyal and always be there for my parents.

Other works of Wiseman Mncube

Apart from acting, he is also a singer. He released the gqom song Pick & Choose along with Vukani Khoza. [ ²]

He was married to his sweetheart and they were blessed with a daughter but his wife died in 2017. After the death of his wife he promised himself that he will be single until his daughter Lwandle is fully grown and matured.[ ³]