Who is TKay Maidza from Zimbabwe?

Tkay Maidza is a 26-year-old Zimbabwean-born and Australian based rapper, musician and actress. She is best known for singles like Glorious, Ghost and White Rose.

Tkay Maidza whose real name is Takudzwa Maidza was born on 17 December 1995 in Harare, Zimbabwe. His family moved to Australia when she was 5 years old. When they arrived in Australia, they lived in Perth and Kalgoorlie in WA before making the move to South Australia; initially moved to Whyalla and then to Adelaide. [ ¹]

Tkay did a lot of sports in her early teenages, she played tennis ball and she was star of the game. She was even trained by Lleyton Hewitt’s former coach because of her outstanding talent.

She told Red Bull, “I played for like ten years.” “I moved to Adelaide for tennis before deciding to pursue a career in music.” [² ]

She attended St Michael’s College where she graduated from at age of 16. Then she enrolled to study architecture at the University of South Australia before becoming a full-time musician. 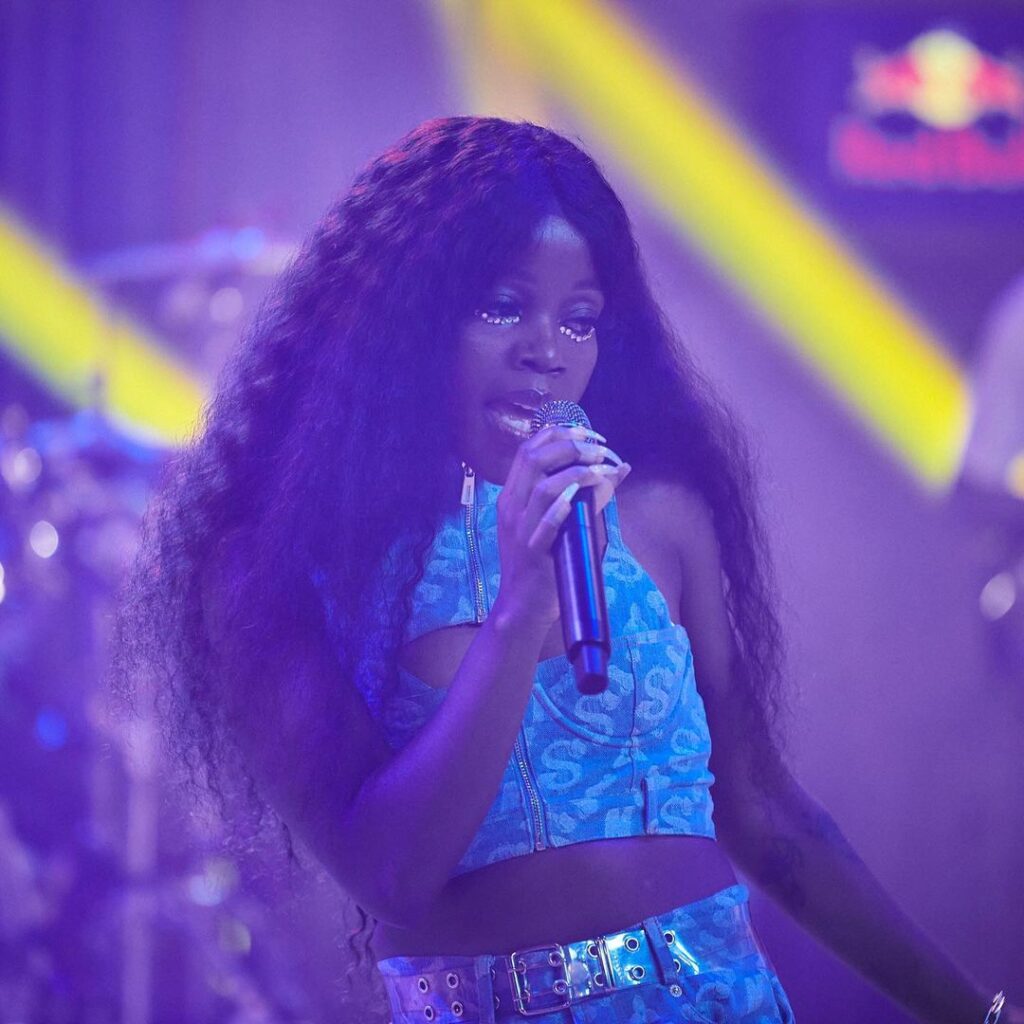 Maidza was a participant in Adelaide’s Northern Sound System artist development programme, and her debut track, “Brontosaurus,” was released with producer BadCop when she was 17 years old. Since then, she’s released Switch Tape, an EP that includes collaborations with Night Slugs’ Bok Bok and producer SBTRKT. Maidza’s 2015 single “MOB” scored #66 on the Triple J Hottest 100 in January 2016. MOB was Maidza’s first single to be played on commercial radio in Australia.

Maidza performed at Splendour in the Grass and the CMJ Music Marathon in 2014, and she took the place of Lykke Li for the 2015 St Jerome’s Laneway Festival. She performed as a solo artist and with many other Australian guest rappers on an extended version of Hilltop Hoods’ “Cosby Sweater” at the Triple J “Beat the Drum” concert in 2015 to commemorate the radio station’s 40th anniversary. Maidza performed at the majority of Australia’s main festivals in 2015, including Grooving the Moo, Falls Festival, Meredith Festival, and a cameo appearance with WhatSoNot at Stereosonic.

Tkay made her first appearance on French television on an episode of Le Petit Journal in November 2015. A November 2015 appearance at the French festival La Maroquinerie was cancelled. On February 13, 2016, she appeared on American radio as part of the second episode of Skrillex’s OWSLA Radio.

Tkay released her single “Carry On” on August 30th, featuring guest vocals from US rapper Killer Mike. The song is the first single from her debut album, Tkay, which was released on October 28, 2016. Tkay announced in May 2020 that she had signed with famed British independent label 4AD and released her new single ‘Shook,’ which received accolades from NME and Rolling Stone.

Tkay released her new music ‘Kim’ in February 2021, six months after the release of her Last Year Was Weird, Vol.2 EP, which she collaborated on with US singer Yung Baby Tate. Along with the release of the song, Tkay revealed a new Adrian Yu-directed music video in which she takes on the personas of three iconic Kims: Kim Possible, Lil’ Kim, and Kim Kardashian.

Maidza revealed in May 2021 that the third mixtape in her Last Year Was Weird series would be released on July 9, 2021. On November 19, 2021, Maidza released “Real Nice (H.C.T.F.)” with Young Franco featuring Nerve, which served as the theme song for the A-League, the Australian and New Zealand professional soccer league. [ ³]