Who is Themba Ntuli? About his age, career, nationality & wife.

He also appeared on several television serials and films including Those Who Can’t, Frank And Fearless and many others.

In addition to his tremendous talents, his height might have been the one that drew most of his fans’ attention. He is a 120cm and he married a 160cm if not 170cm tall woman something that again added to his prominence. 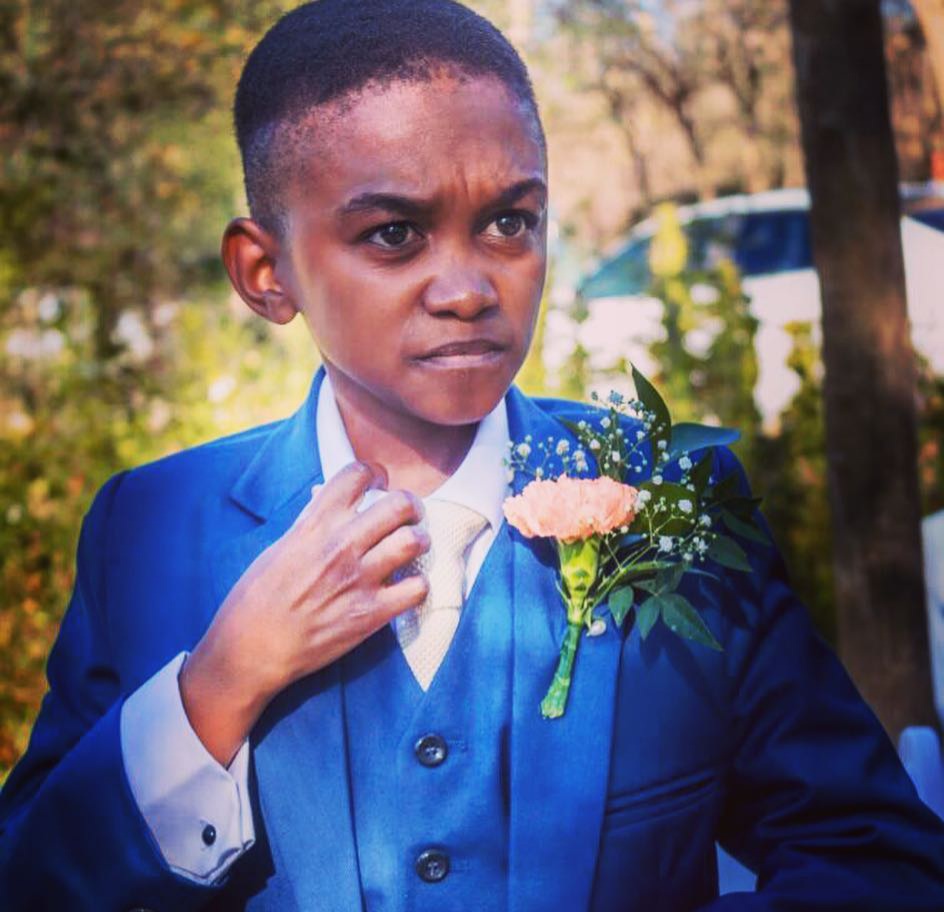 Thembalethu Brian Ntuli was born on 7 March 1991 in Zimbabwe to normal heights parents, Kenneth and Nokuthula Ntuli. Then his family relocated to South Africa where Themba and his siblings, Zathemba and Msizi were raised. He and his siblings were raised in Ekhuruleni on the East Rand in Gauteng Province.

Growing up in Ekhuruleni, Themba was bullied by other kids because of his height. But he is grateful to his parents for being there for him, giving him support and lessons that made him who he is today.

Ntuli fell in love with acting at a very young age. He even began to model at the tender age until he realized this is what he always wanted to do for the rest of his life. His first attempt in acting was in primary school where he played Lord Farquaad in school play called Shrek. [ ¹]

Themba attended his primary and secondary school in Germiston, a city in the north of Johannesburg. To be specific, he attended Primrose primary school in the city of Germiston. He started to take drama classes from Grade 8 to 10 which build a strong acting foundation for him.

After completing his matric he enrolled at AFDA Film Academy to study drama and acting related studies. He graduated after finishing his studies to hold a Bachelor of Arts Degree in Directing, Writing, Television and Production. [ ²] 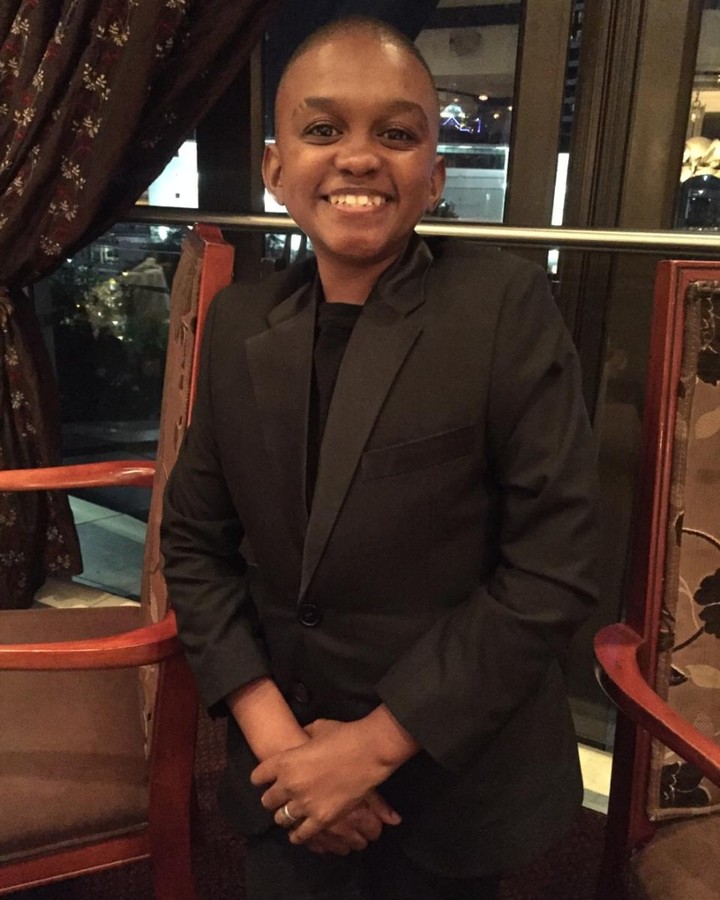 After finishing his tertiary studies at AFDA Film Academy, Themba started to do auditions for television roles and commercial adverts. With the help of his freelancing skills as a writer, actor and director under MLA, he managed to appeared in several films and television drama serials.

In 2008 he made his debut appearance in e.tv soapie, Rhythm City playing a young car guard by the name of Pule, who was adopted by Kilowatt Club owner Suffocate Ndlovu (by Mduduzi Mabaso).

After that he appeared in several dramas including Him, Her and Guys comedy as Lesedi, which starred Given Stuurman, Xoli Zondi, Charles Baloyi and few more actors. He then appeared in many other dramas including Those Who Can’t, Task Force season 1, Zaziwa, Shadow where he played Moses and in Mad Dogs where played a Tokoloshi (Goblin).

He became popularly known on South African screens when he appeared for seven consecutive years in Ntunjambili playing Demana.

His starring roles include those in SABC2 2008 brand campaigns. He also played a starring role in eKasi+ and e.tv sitcom B&B playing Cuba in the first season. He also acted in commercial adverts such as those for Sunlight. [ ³]

Films where Themba Ntuli appeared in

In 2018 he starred in Lione Schuster’s film Frank And Fearless where Themba starred as Fearless alongside Kenneth Nkosi as Dolf. “The murder of Reini’s mother by poachers sends these four on an ill-advised, at times hilarious, and sometimes sad trip through the untamed African wilderness to an equally strange African city.

Their goal was to kidnap a South-East Asian country’s ambassador in order to put an end to the trade in rhino horn and the death of these magnificent animals.”
Gray Hofmeyr said.

Other works of Themba Ntuli

Themba, a well-known inspirational motivational speaker, was named Ambassador and Spokesperson for The Early Education Foundation, one of TJ & Pals’ sponsors. 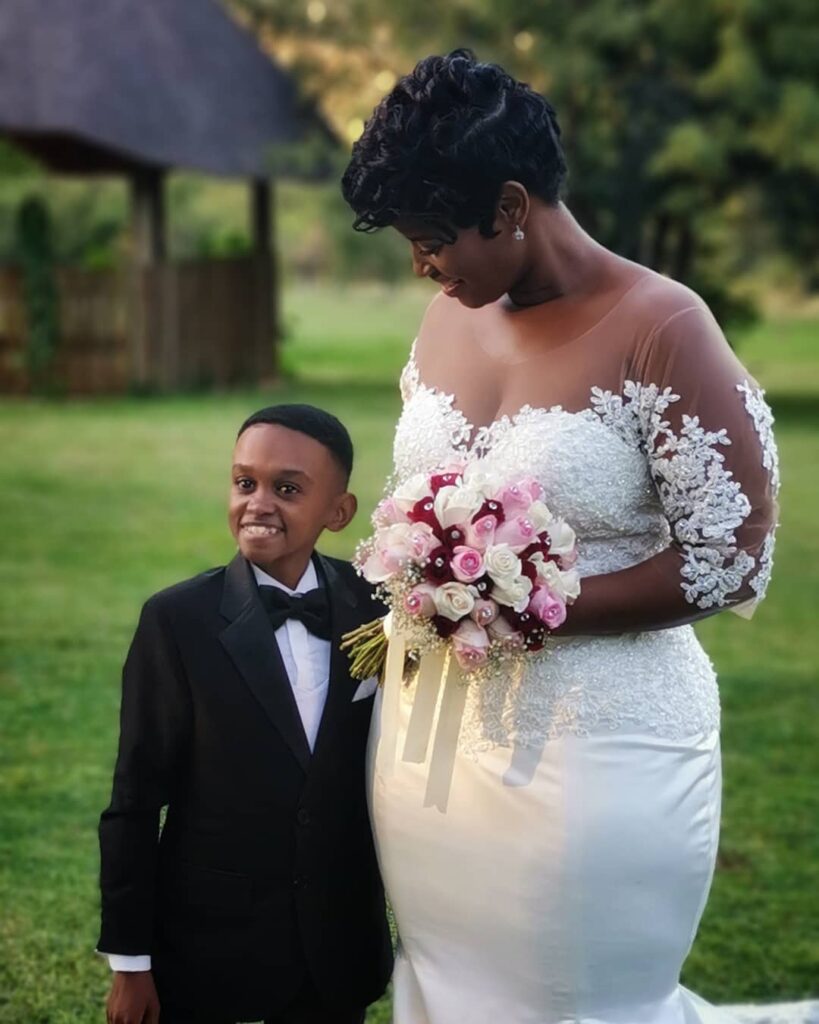 Image of Themba Ntuli with his wife Hope Masilo.

Their marriage or relationship always draw attention to people just like the Grand P relationship with Eudoxie Yao, because their woman appear too curvier for these midget statured men. [ ⁴]