Who is Ronnie Nyakale? Know his age, career, crimes and wife

Ronnie Nyakale is a 49-year-old South African actor popularly known for starring in South African drama serials as a gangster. These dramas include Yizo Yizo where he played a gangster by the name of Papa Action and he played Ding-Dong, aganster in the former e.tv soapie Rhythm City.

In 2013, he played the character of “Pheto” in the Mzansi Magic miniseries Naledi. He then landed the role of playing Cosmo on Generations: The Legacy in 2017. He appeared in other dramas such as Zero Tolerance, Silent Witness, and Zaziwa. 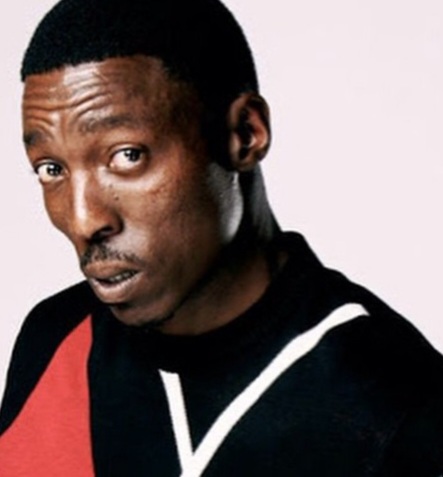 Image of Ronnie Nyakale who plays Cosmo from Generations: the legacy.

He was born in 1973 in the township of Soweto in Gauteng Province in South Africa. He grew up in Soweto township where it never seem like he would make it one day. Ronnie acquired his primary and secondary school from the very same township but there is no information of where he obtained tertiary education. After finishing his matric he chose to become an actor.

Nyakale started his acting career in 1999 when he made a film debut in a short film titled Portrait of a Young Man Drowning. The very same year he made his television debut as Papa Action in television drama series Yizo Yizo. He became popular for his portrayal of Papa Action and he was awarded NTVA Avanti Awards.

In 2006, he starred as “Sylvester” in the television series A Place Called Home, which received critical acclaim. He was nominated for the Best Actor Award in TV Drama category at the 2010 South African Film and Television Awards for his performance in that film (SAFTA). He starred in the Hollywood film Blood Diamond in 2006. Meanwhile, in 2007, he joined the television miniseries Fallen.

In the defunct e.tv soap opera Rhythm City, he played the thug “Ding Dong.” He portrayed the character of Zakes Mbolelo in the film Gangster’s Paradise: Jerusalema in 2008. In the film Machine Gun, he portrayed the starring part of “AJ” in 2011. The picture was also well-received by critics. Then he played “Captain Stone” in the film Avenged, which was previously known as iNumber Number, in a supporting role. In 2010, he appeared in the e.tv drama series eKasi: Our Stories as Inno in the episode “Double Cross.”

In 2013, he played the character of “Pheto” in the Mzansi Magic miniseries Naledi. He then landed the part of Cosmo Diale in the SABC1 drama series Generations: The Legacy in 2017. Zero Tolerance, Silent Witness, and Zaziwa are some of his other dramas in which he has appeared.

Nyakale has a criminal background, which Mzansi was made aware of after it was reported that he was detained alongside Mama Jackie in a child trafficking case. As a well-known actor, most people thought he is a criminal only on TV but on the other hand he was only released on R2000 bail after arrest. It’s worth noting that on the day of his trial, his docket was miraculously misplaced, leaving the court with no choice but to dismiss the case.

Amanda Dupont describes how Jub Jub, Mama Jackie, and Ronnie Nyakale utilised muti for luck, to keep them strong, and to avoid criminal justice systems in a leaked affidavit that inundated social media. One of the paragraphs reads out as:

“I recollect the petitioner [Mama Jackie] summoning Molemo to report to Ithutheng Trust right away. I was in the car with him when he arrived. Molemo and her right-hand man Ronnie Nyakale were drinking various solutions, lighting candles, and placing a powdery mixture in hot water and covering themselves with blankets and steaming when we came.” [ ²]

He is married to Lebegang Mashilo. The couple has got two children who are both daughters. He lives in Johannesburg ans is a multilingual speaker who speaks English, Sotho (Northern), Tswana and Zulu. He is an average taller man of 178 cm in height. [ ³]