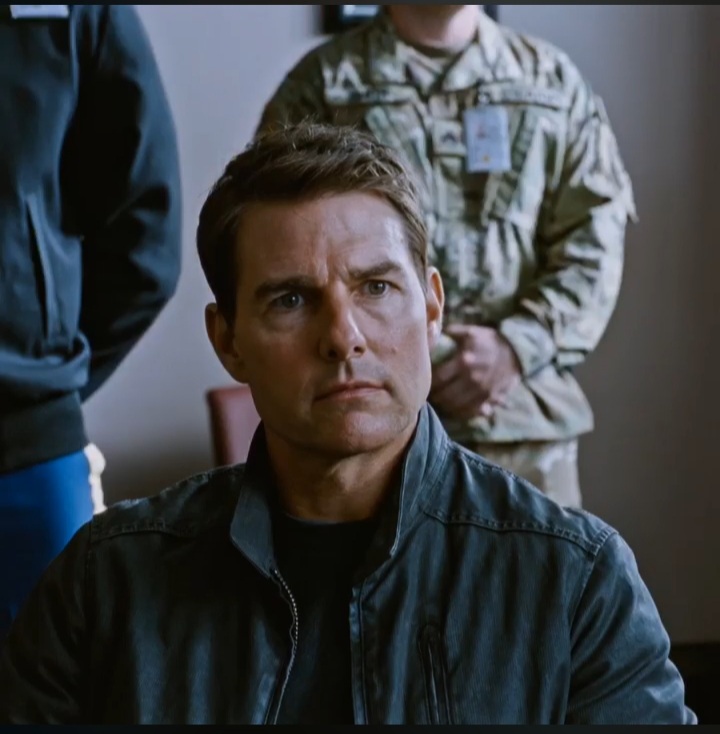 He is a former U.S. Army Military Police Officer who is currently travelling across the United States, visiting places he only knew about as a kid. He has no things other than a folding toothbrush, an ATM card, and a passport by choice. He has a strong feeling of responsibility to “do the right thing,” which drives him to help others in need. He was a Major in the Army who was reduced to Captain then returning to Major before quitting the army.

Reacher grew up on military facilities all over the world as a military brat. Him and his brother Joe were described as “large kids” who got into a lot of fights, and Jack recalls being the more aggressive of the two. The scar on Jack’s forehead was the consequence of one of their disagreements, even if they didn’t always get along. After Joe left for West Point, they lost touch for the most part. [ ¹] 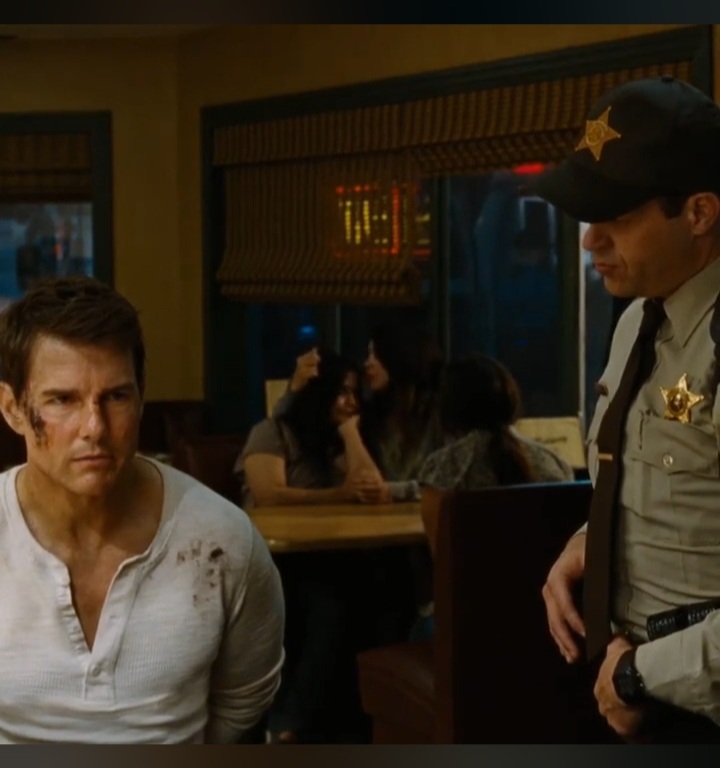 Image of Tom Cruise portraying Mr Reacher in the films.

Jack Reacher according to the novel

Reacher was a 13-year veteran of the United States Army. He received his studies at West Point for four years before being commissioned as a 2nd Lieutenant. His military career included stints in Lebanon and Iraq. Reacher was promoted quickly to Major, but was later accused with assault on a civilian, resulting in his relegation to Captain.

Before he left the army, he was promoted to Major once more. During his service, Reacher received various medals and awards. Two Silver Stars, the Defense Superior Service Medal, two Legion of Merit decorations, the Soldier’s Medal, the Bronze Star, and the Purple Heart were among the most famous.

Reacher felt free after being discharged from the army. He felt like he’d spent his entire life in the military and didn’t have a place to call home. With few exceptions, he became a nomad who seldom stayed in one spot for more than a few days.

Reacher stands 6 feet 5 inches (1.95 metres) tall, weighs 210–250 pounds (95–113 kg), and has a 50-inch (130-centimeter) chest. [5] He has “a six-pack like a cobblestone city street, a chest like a suit of NFL armour, biceps like basketballs, and subcutaneous fat like a Kleenex tissue,” according to Never Go Back. His physical look was once compared to that of a ‘bulked-up greyhound.’ He also explains that his size is entirely inherited; in Persuader and Never Go Back, he admits that he is not a big exercise fan and has little interest in eating a balanced diet. [²]

He has a collection of crudely patched scars on his abdomen caused by a bombing in Lebanon, with ugly raised welts that are later vital in saving his life, and a 3-to-4-inch-wide (8 to 10 cm) white scar that intersects his shrapnel scar from a knife battle in Gone Tomorrow. Reacher credits his survival to MASH’s sloppy stitching.

Reacher is a natural loner who is uninterested in forming long-term ties with anyone and prefers to be on the go at all times. He’s been compared as a modern-day “knight errant” and a hero from a Western picture by Lee Child.

Reacher is a naturally anti-social individual who is frank and straightforward, and isn’t hesitant to threaten individuals in order to obtain what he wants. Reacher has no pity for the individuals he encounters and will kill them without hesitation, with little interest in seeing them brought to justice in the traditional manner. He has stated that he feels no regret for the lives that he has taken.

He is an outstanding combatant who uses his natural size and strength to his advantage as well as his own tactical mind. During a fight, he incorporates moves from various styles including Krav Maga, Aikido, Wing Chun Kung Fu, Karate, Taekwondo, Hapkido, Brazilian JiuJitsu, Judo, Jeet Kune Do, Kali and Muay Thai as well as Boxing. His favorite moves are headbutts, elbow strikes, and kicks to the groin. He is really a brutal fighter who cares about winning and winning it fast.

Because of his years of military training and innate athletic qualities, Reacher is in excellent physical condition. He is incredibly powerful, and he can easily outstretch practically anyone he meets with his strength alone. He has the ability to effortlessly break bones, even people’s necks, and is characterised as being unusually quick and nimble for a guy his size, but a sluggish and heavy runner. He also has a high level of durability, being able to bear a great deal of pain and injury.

He is a natural born leader with a wide range of abilities. He is very excellent with figures and mental arithmetic, is fluent in French and has conversational abilities in Spanish, has a good memory, and is skilled at following people by their patterns of behaviour and forecasting their next move, in addition to his detective and tactical talents.

The Jack Reacher in films is similar to the one in the novel since that is his root whereby he was created. But there are few differences which will address below.

The first thing is, in films he was portrayed by different characters such as Tom Cruise and by Alan Ritchson in television series. In films his date of birth was changed to October 18, 1974 which obviously changes his age. The film version character appeared in 2012 and 2016 Jack Reacher which were both played by Tom Cruise.

Two novels of Child Lee were adopted to bring Reacher in the films to our screens, for 2012 film from the novel One Shot  and The 2016 film Jack Reacher: Never Go Back from the novel Never Go Back. The film version of Reacher was born in 1974, which is 14 years younger than the character in the novels.[ ³]

On January 14, 2020, Amazon Studios announced that it has given the go-ahead for a Jack Reacher TV series which will be entitled Reacher.

The kind of Jack Reacher in TV series slightly differs with the one in novels though they share alot in resemblance. The television series of Reacher was originally released on 4 February 2022 as the first season then on 7 February 2022 a second season was released. [ ⁴]