Didintle Khunou was born in Klerksdorp, North West Province in South Africa on 14 November 1992. She is a 29-year-old South African television, theatre and film actress. In addition to acting, Khunou is known as a presenter, singer, voice artist and MC. She is best known for playing the role of Esther Ndlovu in etv drama series Isono season 1.

Khunou starred as Celie in the Janice Honeyman production of The Color Purple Musical at the Joburg Theatre. She won the Naledi award and the Broadway World Online Award for ‘Best Lead Actress In a Musical – Female’ for her performance as Celie. She was born and raised in Klerksdorp, North West Province. She was very shy growing up in Maglera in Klerksdorp farms. Didintle realised her passion for performing at the age of 16 after performing in a school production.

“I was a shy kid but the first time I stepped on a stage and performed I knew that this form of artistic expression was more than just fun and games for me. It became an opportunity for self-discovery and it was a deep spiritual calling,” said Didintle Khunou.

Didintle loved living on the farm since she was surrounded by nature and plants. She enjoyed playing with her sister and close friend Boipelo and assisting in the family business.

The actress claims that her parents have always been supportive of her career, despite their initial doubts. [ ¹]

She studied drama at Wits School of Arts and received a BA Honors Degree in Dramatic Arts. Rajesh Gopie, a teacher, actor, and director, further guided her at ActorWize, where she did a professional acting course for cinema and television.

She also attended the Indigo View Advanced Actors Academy, which was founded and directed by actor and director Steven Feinstein. 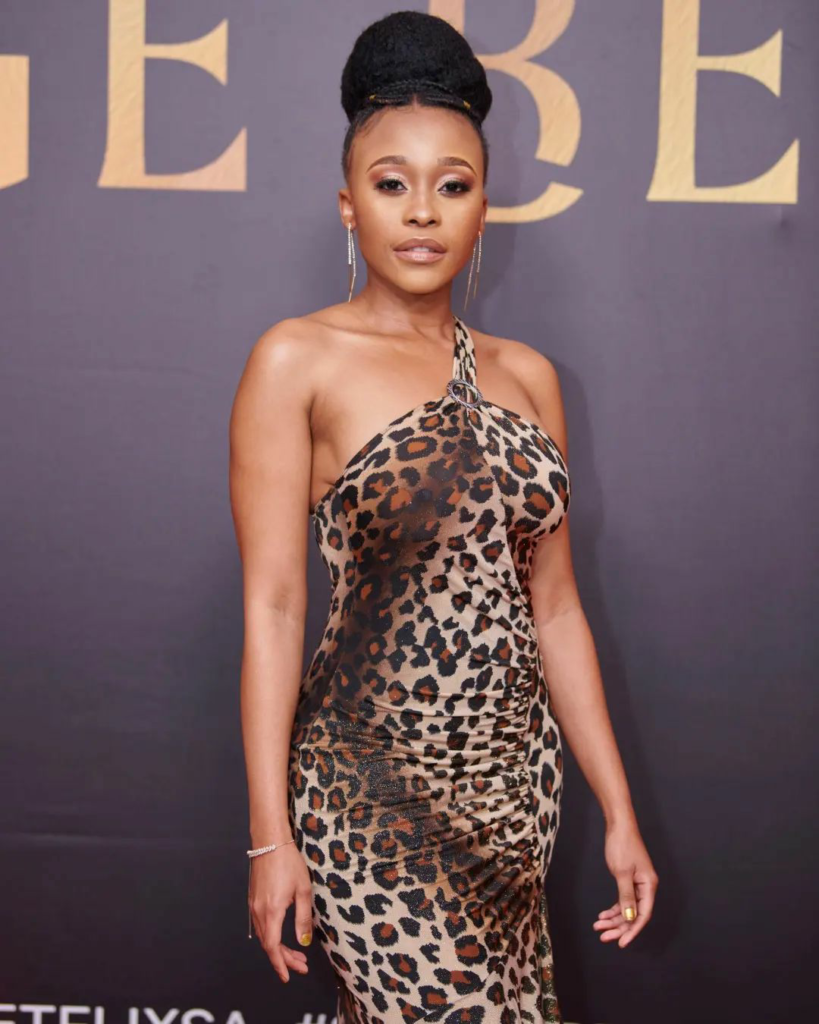 Khunou began working as a professional screen actress in 2014 while studying towards her dramatic arts degree at Wits University. She landed another acting job playing a recurring role of Modiehi in the SABC2 drama series Mamello, making her first appearance in the role in the Season 2 premiere on 31 August, 2016. She returned to the role for Season 3 in 2017.

Didintle then appeared as a guest star in an episode of the SABC1 sitcom Single Galz, which aired on April 23, 2018. She debuted as Mapula in the Mzansi Magic drama The Throne in the same year, making her first appearance in Season 1, Episode 61. (which aired on 12 November, 2018).

She and Stella Dlangalala were featured guests on an episode of the SABC2 variety comedy series #Karektas, hosted by Desmond Dube, that aired on April 24, 2020. Later that year, she earned the lead part of Esther Ndlovu in Isono: The Sin, BET Africa’s first original telenovela.

Her musically gifted character is the daughter of a powerful matriarch who will go to any length to fulfill her own interests in the show. [ ²]

Didintle Khunou’s relationship status is not yet known. And the number of children she has are not yet known as well.