Loyiso Madinga (born 1987) is a South African stand-up comedian, actor, scriptwriter, and MC. He is popularly known for shows such as Comedians of the World (2019), Born Free-ish (2017), and Queen Sono (2020). Also, Loyiso is a correspondent on The Daily Show with Trevor Noah. Loyiso rose into stardom in 2012, and he has since become a darling for many in the entertainment scene. 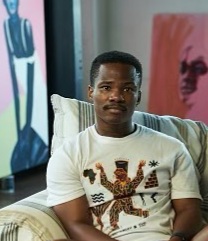 The comic was reportedly born in 1987 in Frodo, in Eastern Cape, South Africa. However, Loyiso Madinga’s hometown is Mount Fletcher. He spent most of his childhood in the town. Madinga was born into a family of strict and disciplinarian parents. Talking of family, he came from a financially balanced family. His father is a doctor, even though little is known about his mother. Moreover, Loyiso’s grandfather was a mineworker.

At times, Madinga mentions his brother in some of his jokes. So,he is obviously not the only child in his family. He has siblings, but their names are yet to be known. Loyiso was born and raised together in the village with his siblings.

Since the star was brought up by strict parents who valued learning. He went to St Patrick’s College, Kokstad, a private learning institution. Then, later, he proceeded to AAA School of advertising. In 2006, he graduated from the institution with a diploma in copywriting.

Loyiso is trained advertising personnel. After obtaining his diploma in copywriting, he secured a job at MetropolitanRepublic. Thereafter, he worked in the firm as a copywriter for approximately four years. As a result, he interacted with various notable individuals such as Paul Warner, Pete Khoury, and Mbuso Ndlovu who helped him to grow. So, his place in the entertainment came through a lot of valuable interactions.

Who is Loyiso Madinga’s wife? The comedian is supposedly married to a lady whose name is yet to be known. Furthermore, there is no picture of Loyiso Madinga and his girlfriend on his social media pages. However, the couple is blessed with one child, a two-three-year-old daughter.

Over the years, many of his fans have been curious to know the cause of his scar. Well, he was involved in a road accident when he was a kid. Loyiso Madinga accident saw him get a permanent scar that has remained on his face until now. So, if you were wondering about that scar. That’s the cause of it.

How tall is Loyiso Madinga

While his actual height is unknown. Most estimates put him at 1.65m or 1.67m. Which is a fairly short but admirable height. However, his actual hasn’t been disclosed by his agency at OSM, so the estimate is to just give you picture of how tall he is much likely to be. 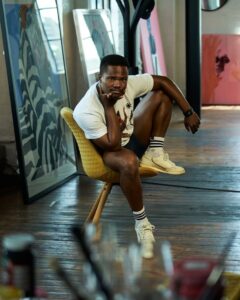 Image of Loyiso Madinga the comedian.

Since 2012 he has been honing his craft with his smart but highly relatable style of humour. Which is already proving to be a hit with audiences everywhere. In fact, his sense of humour has received international recognition and critical acclaim world wide.

Furthermore, his dedication to standup quickly made him a regular on the SA comedy circuit. Loyiso then became an Emmy finalist as a writer and performer on the two-time Emmy Award finalist satire show, Late Nite News with Loyiso Gola and the SAFTA nominated hit sketch comedy show, The Bantu Hour.