Vuyokazi Tshona is a South African actress known famously for her on Imbewu as Buhle Bhengu. She was born on the 27th of August 1992. Vuyokazi is currently 29. She was born in the Eastern cape a twin to Vuyelwa Tshona. That’s right she has an identical twin. 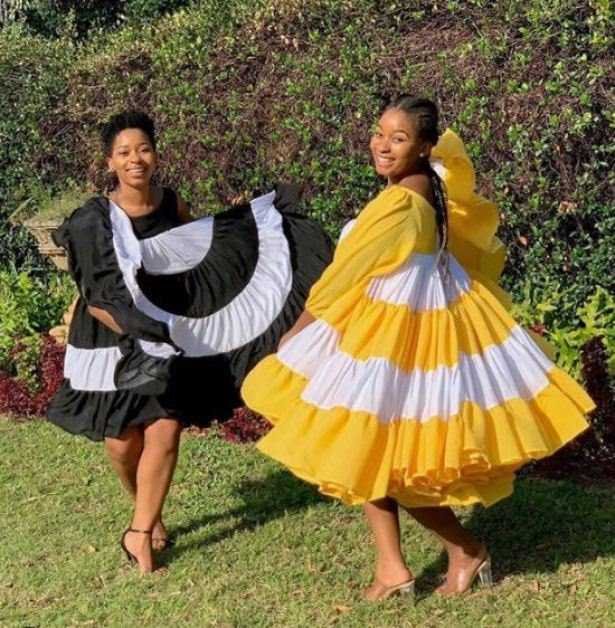 Vuyokazi grew up in the Eastern cape and has 3 siblings, one of which is her twin, Vuyelwa Tshona. She grew up singing at church and thus she’s a pretty good singer. In fact her first role was because of her good singing abilities. Vuyokazi was Educated at TUT for a Btech in agriculture

After completing matric. Vuyokazi relocated to Durban to further her studies then later to Pretoria where she graduated with a B-Tech in Agriculture.Her twin Sister Vuyelwa studied film and so she would accompany her to the auditions though she did not see herself as an actor. In one of their trips together to the auditions her sister Vuyelwa asked her to try out the acting thing and she auditioned and got the role. This was the beginning of her acting career. Her first Debut was on the award winning show Uzalo in which she played a choir member due to her marvellous voice. As a result she got another role on Ingozi, that’s when she had an epiphany. She then decided that acting was her thing and would focus exclusively on it. Now she is part of the Cast on eTvs Duma Ndlovu produced drama series based in Durban called Imbewu. She plays Buhle, an elegant young woman in her early 20s who is spoilt by her rich father as she is the last born. Even though Vuyokazi is a TV star and pretty much can live off that she hasn’t neglected her agriculture degree and is still using her degree for the betterment of her life. She has an estimated net worth of R1 400 000 and is still growing so it is still going to increase with her talent. Vuyokazi is also a good singer but not much information could be found about her music career and if she has one. Vuyo Tshona is also an entertainer on youtube, facebook and instagram. There’s really a lot going on in her life. Vuyokazi and her twin sister in the same picture

Her twin sister is also fairly talented in singing. She was part of the Lion King international tour where she was also singing. Here’s a video of Vuyokazi singing with her sister Vuyelwa Tshona on a worship night