Upile uThixo Bongco biography facts, her age and career. Its Poloko from Scandal.

Upile uThixo Bongco, born – 05 October 1996, age – 25, is a South African Actress, Director, Writer and Vocal Artist. She was born and bred in Port Elizabeth. Upile is well known for her character Poloko on Scandal etv.

Upile uThixo Bongco is a 25 year old South African actress born on 05 October 1996. She was born and bred in Port Elizabeth. Upile is well known for her new character of Poloko on Scandal etv. One fun fact that people dont know about Upile uThixo is that she has fear of Balloons. 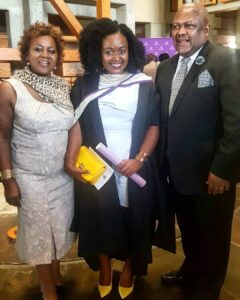 UThixo Bongco graduated with her BHons in Drama in 2018 and her BA in Drama and Psychology in 2017 at Rhodes University.

Her acting career dates as far as high school where she used to do houseplays alongside Micayla Eretha Fillis.

In her second year of study at Rhodes university, Upile made her debut to the National Art Festival by performing in Thembela Madliki’s production, Nyanga, which won an award for Best production at the Student Theater Festival in 2016. Her other recent work and performances include a reworking of Reza de Wet’s missing, directed by Michelle Mosalakae and Pumla, a devised work directed by Masixole Heshu in the 2016 Young Directors’ season. 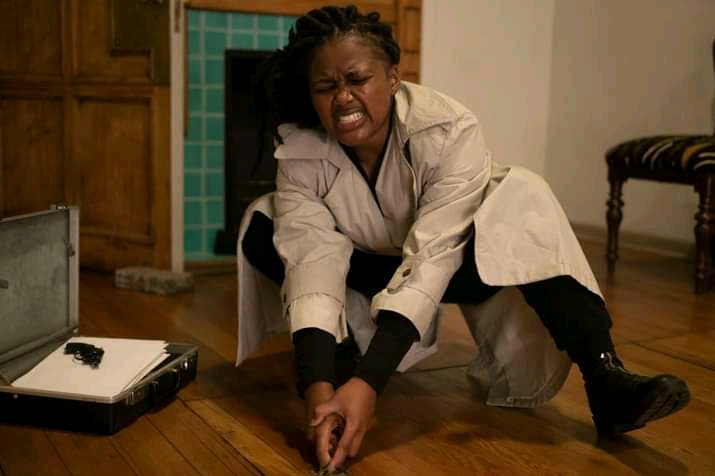 Upile uThixo had a leading role on “The Empire Builders”, an audio experience of Boris Vian’s 1959 play. The play was presented by The Market Theatre Lab and the French institute of South Africa (IFAS) performed by Kwasha Theatre Production. 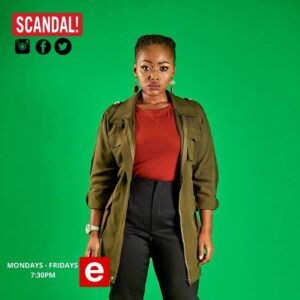 In March 2021, Upile Uthixo joined Scandal etv as Poloko, the daughter to Mr Mamba (played by Simo Magwaza). She is playing alongside Wandi Molebatsi (Duma from Scandal) who is her brother. Poloko hates Mr Mamba, her father because he was never present in her upbringing so she wants to bring her father down in a poll.

She has a growing interest in the mental and psychological health of black men and wishes to address such issues through performance and drama therapy. 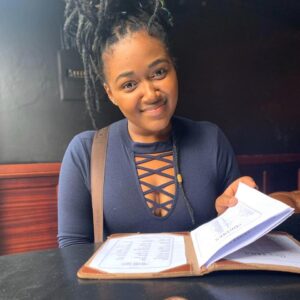 She has acquired her working experience in acting and directing from KwaSha Theatre Company from February 2020 until today. The theater star was a Drama Teacher at The Diocesan School for Girls (DSG), Grahamstown from January 2019 – May 2019. And she was an Administrative Assistant at UBOM! Eastern Cape Drama Company from March 2017 – Jul 2018.