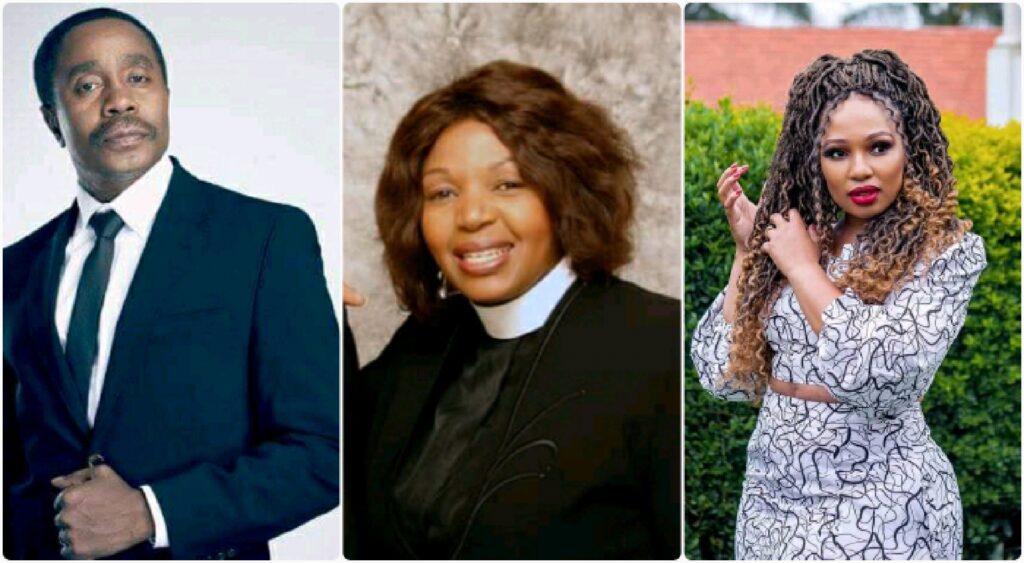 The list of Actors who are Pastors, just read further to understand their acting and pastoral roles.

Most great actors in South Africa have build real life fans who love to hate them and those who love them because of their great talent. Some are hated for acting as cornmen, thugs, home wrecker and so on, but they’re just acting, its not who they’re.

But have you ever wondered that some of them who acted as evil men and women on our screens are real life pastors who teaches God’s word so people can repent from their evil works. They’re actors who are Pastors in our every day life.

Here are top ten Actors who are Pastors

Kabelo Mabalane is a singer, writer, and actor from South Africa. He was a member of TKZee, a kwaito trio.

The musician has gone through a lot, which led to him becoming addicted to drugs, but things began to normalise when he began preaching the gospel and committing his life to Christ.

Sello Maake Kancube is regarded as one of South Africa’s most renowned actors and voice actors, having appeared in theatre, film, and television in his own country as well as the United States, the United Kingdom, Canada, and Europe.

Sello is a preacher at Christ Centered Church Episcopal in New York City. He is not a full-time preacher, though, due to his rigorous work as an actor, and only preaches on occasion.

On Number 3 we have Innocent Sadiki a pastor

Innocent Sadiki is a South African actress who is most known for her recurrent role in the SABC1 soapie Skeem Saam as Sthoko, MaNtuli’s (Dieketseng Mnisi) oldest daughter who is in a relationship with an abusive man named Dennis (Clevy Sekgala).

Innocent is married to a pastor and also preaches at The Living Gospel Word Christian Church, where her husband is the pastor.

Our fourth celeb pastor is Phindile Gwala the actress

Phindile Gwala was one of the most talented performers in Muvhango, where she portrayed Nonny Nkosi, a dramatic character.

She made her debut in the SABC2 soapie in 2012, but five years later, she announced her departure. Then she joined Imbewu the seed but left in 2021 because pastoral duties were calling her.

She began preaching in 2016 and intended to continue doing so. Both of the actress’s parents are pastors.

On number 5 its Connie Sibiya

Connie Sibiya is a businesswoman and an actress.

Connie is a pastor and preacher in her husband’s church, in addition to being an actress, wife, and mother. In the year 2020, she was elected as a Bishop of the Communion of Episcopal and Apostolic Churches International for the province of Saint Athanasius of Alexandria.

After serving as top administrator in the Episcopal office since the age of 14, he was appointed to this role. Connie believes that her position in church will allow women to demonstrate that they were not intended to clean and serve tea. [ ¹]

Vusi Kunene is one of our favourite actors to hate. He is most known for his harsh portrayal of the Mighty Morphin man in Generations. Vusi Kunene, the great fashion designer, has built a name for himself in the entertainment world, from Jack Mabaso on Generations: The Legacy to currently Funani Zwide.

Even though he doesn’t have his own ministry, he takes pastoral work seriously and is frequently invited to speak and motivate people by other churches.

On number 7 we have Tinah Mnumzana

The actress Tinah Mnumzana is best known for playing Florence in Isidingo and Constance in Scandal. She received a calling of becoming a pastor back in the 90s but she ignored it and she started to lose jobs and her house which she buying on bond was repossessed.

According to her it was a sign of her spiritual calling which she was told of since 1992 by pastors, that if she ignored she was going to lose certain things in life. She didn’t just lose her house but acting contracts started to dry up.

On number 8 its Nonhle Thema

However, in 2018, the former Zabalaza actress was said to be training as a pastor at Rhema Bible Church under the supervision of senior pastors. In 2020, she reinvented herself and returned to television with a role as ‘Cleopatra’ on Mzansi Magic’s Gomora.

Bongile Mantsai is a South African actor, musician and singer best known for playing Mthunzi Mayiza on Scandal etv. He is not necessarily a pastor but he does ministration in Church though music. But we just see it fitting to list him on the list of actors who are Pastors. And for a guy who portrayed evil guys like Mthunzi Mayiza, you wouldn’t imagine him holding a microphone singing in church thus sharing a podium with Pastors.

Our last actor on number 10 is Andile Mbatha

Andile is an actor who is best known for playing a role of Sly on Tshisa. Most people have seen Andile on church podiums and wondered if Andile Mbatha is a pastor or Bishop, a genuine concern by the way for a guy who acted as Bra Carter on House of Zwide . His role Bra Carter is a notorious man who survived on extortion and brutality in his community.

So is he a pastor? No, he is not a pastor but he sings Baratone and tenor in local Churches something that made people think he is a pastor. So we decided to add him to the list of actors who are Pastors.