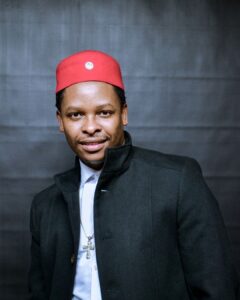 Thobani Nzuza, born – 04 May 1993, is a South African actor, writer and producer. He is well known for playing Mdeni in the Mzansi Magic drama called eHostela, a tale about inkabi (hitmen), and brotherhood. Thobani was born and bred in KwaZulu Natal, uMlazi Township, he began his journey in the arts (2010) in a community arts centre (under Buhle ‘Bo’ Mlazi, dancer, singer and actor).[1]

The eHostela star attended his high school at King Shaka High School from 2007 to 2011. In 2013, Thobani was enrolled at Durban University of Technology to study Drama and Production Studies. He graduated at DUT in 2016. 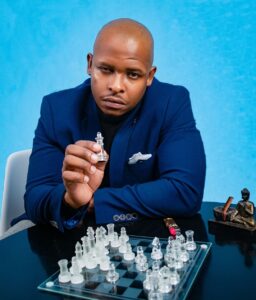 Thobani acted as Mdeni in the Mzansi Magic drama called eHostela, a tale about inkabi (hitmen), and brotherhood. He had a role of Lwandle on an etv drama called ISIPHO. Thobani Nzuza is known also for playing Khehla on uZalo, an ongoing SABC1 telenovela, which is the most watched telenovela in Mzansi.

In 2021, Nzuza joined Diep City, a telenovela which tackles the struggles of four young women who got into a life of crime while in high school just to make ends meet. He plays the role of Simangaliso Xaba, a businessman who is all about empowering black businesses. He is a humble, handsome respectful Traditional Zulu man who is somewhat nerdy and soft-spoken. [2] 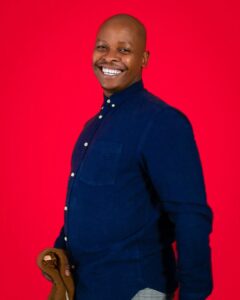 He also wrote and directed Shintsha Guluva for the Isigcawu Festival in 2014 and received Best Director Award. In 2015 he performed in one of Menzi Mkhwane’s plays, Secret Valley of the Great Kings, and was nominated for Best Supporting Actor in the Durban Mercury Theatre Awards. In the same year he also collaborated with Kagiso Tsimakwane in writing his first one-man show, Boy Ntulikazi, which he directed and performed and won number of accolades (Best Actor Award at the 2015 Isigcawu Festival, Best Actor Award at the 2017 Baxter Zabalaza Theatre Festival, Best Production at the 2017 Baxter Zabalaza Theatre Festival ‘Cape Town’, Best Community Production at the South African Theatre Magazine Awards and Nominated for Best Performer at the Cape Town Fringe Festival).

In 2016 Thobani Nzuza was one of the students who represented Africa in the Shakespeare Festival in Germany (Folkwang Universität der Künste), in Much Ado about Nothing, directed by Debbie Lutge. By early (2018), he performed one of the award winning playwright Clinton Marius’s play Kitchen Symphony. Mr Nzuza has just successful published one of his play Boy Ntulikazi. And currently working with Dr Duma Ndlovu in a Legendary Musical theatre show by Gibsopn Kente, to be performed at the Play 2018 May. [3]

The award-winning thespian escaped the hit by the skin of his teeth when the inkabis broke into his place in Joburg in an attempt to kill him but when they could not find him, they assaulted his friend he had left in the condo. The shocking details are contained in the actor’s interim protection order he obtained against Bhengu at the Randburg magistrate’s court early last month. [4]