Thembi Nyandeni is a 68-year-old South African actress best known for her starring role as the tough talking matriarch of the family and the sister of Mpiyakhe, Mkabayi Zungu, in the Mzansi Magic telenovela which turned soapie ‘isiBaya’. 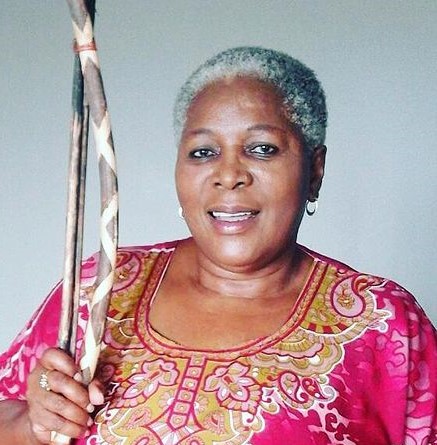 Thembi Nyandeni was born on 19 March 1953 in Mofolo North, Soweto in Gauteng Province in South Africa. She was also raised in Soweto where she learnt to be tough and independent from a tender age.

She was bred in a very poor family. Her father was a taxi owner but Nyandeni recalled that he wasn’t surviving on ends meet. So Nyengeni resented poverty and she find a way out of it through acting.

“I came from a very poor family. My father was a taxi owner, but he wasn’t making ends meet. So, I didn’t want to be poor for the rest of my life and showbiz gave me my voice because in the apartheid-era we didn’t have that. Being on a stage gave me power.” said Nyengeni.

How did Thembi Nyandeni joined acting?

She started her showbiz career as a dancer in her early 20s with the successful musical group Ipi Ntombi. She toured the world with the critically acclaimed show for 15 years, visiting every country in Europe as well as the United States, Canada, and Australia.

When she returned home in her early 30s, she made her acting debut in local drama u’Deliwe after being discovered by Simon “Mabhunu” Sabela who used to come at their home to drink beer. She had a supporting role as the titular character’s secretary, earning R150 each call (Cynthia Shange). She first became popular after her role in Kwakhala Nyonini  playing trailblazing role of Beauty initially played by the late Mazibuko. 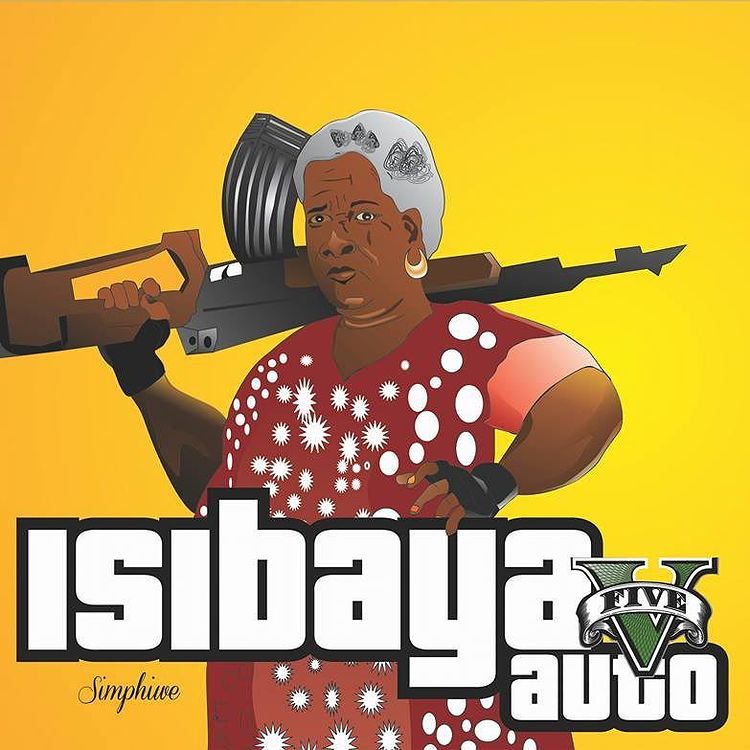 Image of Thembi Nyandeni depicting her character on Isibaya in GTA 5 Comical picture.

Aftet all these minor roles which introduced her to acting, Thembi went further to play the role of Selina Khumba in the SABC1 drama series Zone 14 from 2005. After that she was casted on more local serials such as Lockdown, Isidingo, Rockville and The Republic. Her prominence grew further when starred as Mkabayi Zungu on Mzansi Magic telenovela Isibaya who was the tough talking matriarch of the family and the sister of Mpiyakhe.

In 2021 she joined a Netflix’s series How to Ruin Christmas playing Aunt Prudence who arrived on set after the death of her sister. Then in 2022 she made her debut on Uzalo season 8 to play Njinji, she came on the new season with other actors such as Hope Mbhele and Sandile Mfusi.[1]

Her character on Isibaya

Nyandeni began to portray Mkabayi Zungu since the inception of Isibaya in 2013 as a telenovela but was later changed to a soapie. Mkabayi was the matriarch in the fictional village of Bhubesini and Nyengeni enjoyed portraying this character mostly because she was given flexibility to change the script.

“I modified the script if it wasn’t written appropriately for Mkabayi,” Nyandeni explains. “When the writers sought to find her a love interest, I told them, ‘Come on,’ and they agreed. Who in society doesn’t understand that a man must always complete a woman? ‘I don’t require this.’
[2]

Movies were Thembi Nyandeni appeared on

Thembi made her debut in the filming industry in the late 1990s. In 1995 she appeared on a thriller action film The Redemption: Kickboxer 5 as a ‘Shopkeeper’. In 1999 she starred alongside Vusi Kunene as Miriam Mbombela on ‘A Reasonable Man’. The film was about an ex-army officer-turned-lawyer defends an impoverished young cowherd of killing a baby.

Then in 2005 she played her second lead role in films when she starred as Soekie in South African crime drama film ‘Tsotsi’ alongside Jerry Mofokeng. Her other films include The Two of Us, 2017 The Groom’s Prince and the legendary film Tarzan: The Epic Adventure. [3]

Thembi was once married and she has three children. In another report it was said she was married in polygamous marriage. Thembi believes in feminism, that she can do what a man can do even if she is a woman.

She also raised her children on her own which she said is the evidence that she can do it by herself without a man as a breadwinner.

“That’s why I’m single (not married)” Even though I’m a mother, I believe I’m capable of playing any man’s role. I’ve always been like that since I was a child. I’ve never been a follower because I’m a leader. I teach my children that life isn’t always easy, but I also show them love and don’t spoil them.” she continued. [4]