Thapelo Aphiri is a 40-year-old South African Actor, Creative Director, Director and Scriptwriter. He is well known for playing Javas on Scandal etv and Skizo on Vengeance. Before joining the acting industry, he was a soccer player for Ledwaba Power Stars Football Club but left because of injury. 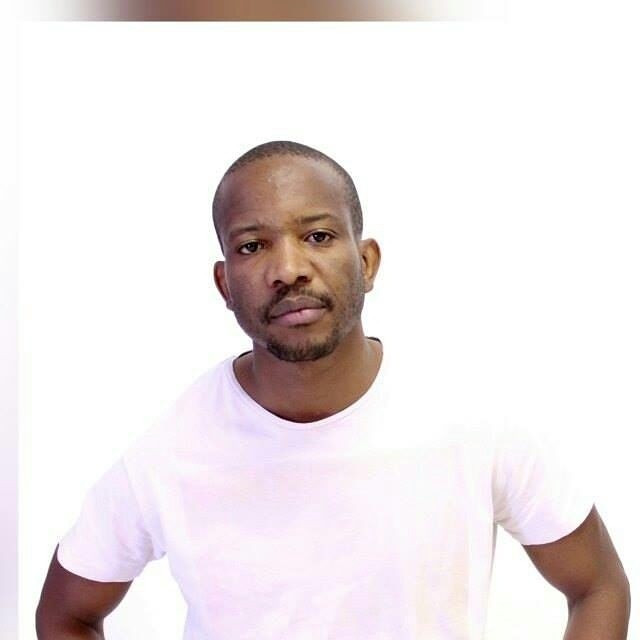 Image of Thapelo Aphiri – he is Javas from Scandal

He was born on 24 January 1982 in Hammanskraal, Gauteng Province in South Africa. His father was a janitor at a high school and his mother was a domestic worker, they both encouraged him to study but by the time he went to university his father had already passed away, so he mostly had to make his own decisions.¹

When he was still at school he dreamt of nothing but playing professional football. His favorite soccer stars were Benny McCarthy and Ronaldo (not of Portugal), his dream was to play alongside them. During this childhood time, Thapelo also learnt art skills such as writing, directing and acting from his big brother. 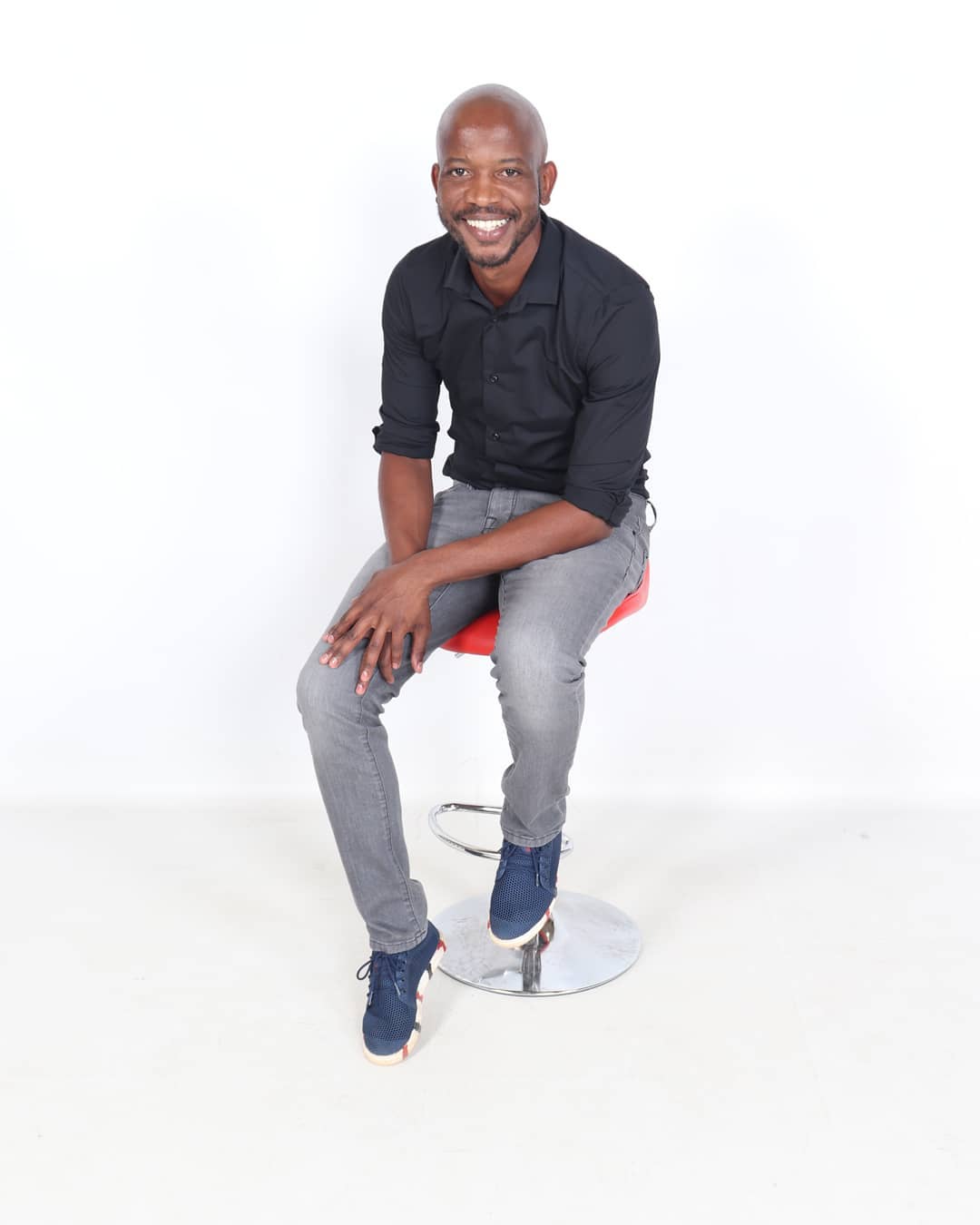 Thapelo Aphiri attended Makgetsi High School in Hammanskraal. He later joined Pubby Molokwana sport academy in Joburg to pursue a career in soccer but after a while, he had to quit because of an injury and pursued arts.

In 2004 he enrolled at University of Pretoria to study Drama and Dramatics. He graduated with a Bachelor’s degree or BA in Drama in 2012. Thapelo managed to obtain distinctions in Theatre Studies of acting practicals in two successive years. He also acquired skills of being a writer, producer, lighting, stage management, directing, producing and acting.

Thapelo as a soccer player 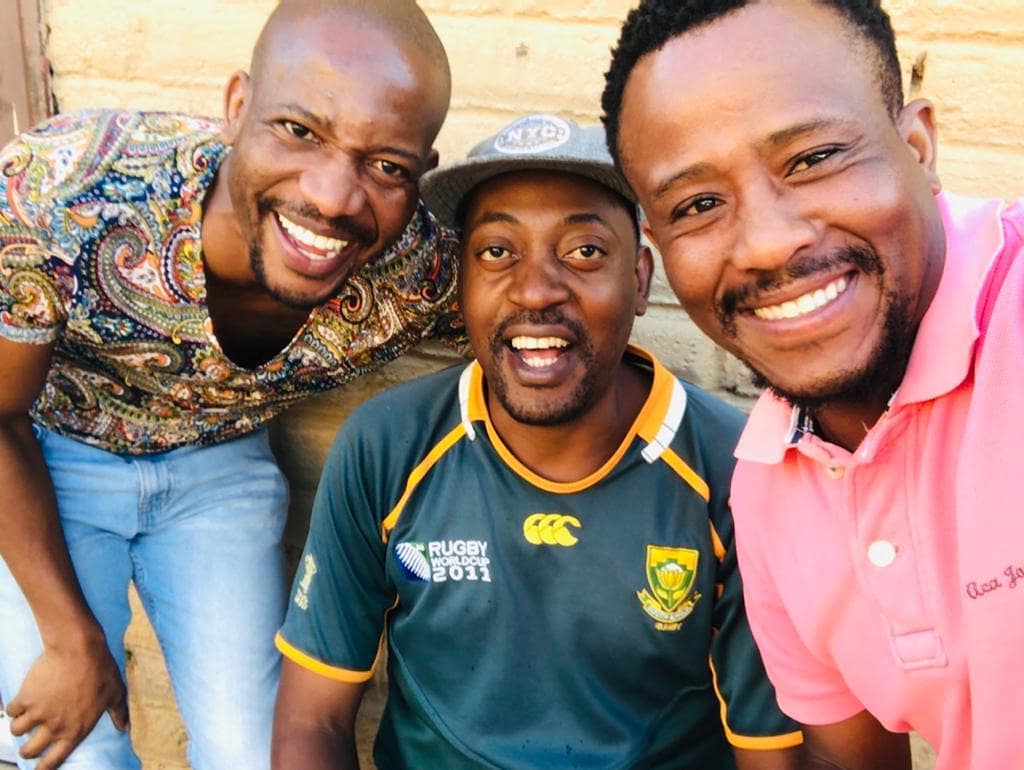 The now Scandal star, Thapelo, never saw himself as an actor but a soccer player. He dreamt of playing soccer alongside any of his role models, Ronaldo or Benny McCarthy. When he was doing matric, he was invited for trials at Supersports and he made it to the top six out of about 700 people who came for the trials. So he played for Tuks until he was introduced to Mike Kambule and ended in the under 20 of Power Stars.

“I think the Supersport coach was Pitso Mosimane by then. That is when I realised that I might have something to give in soccer so I kept on playing. When I was playing for Tuks, a cousin of mine introduced me to Mike Kambule, and I ended up being invited to play for the under 20 Power Stars.” 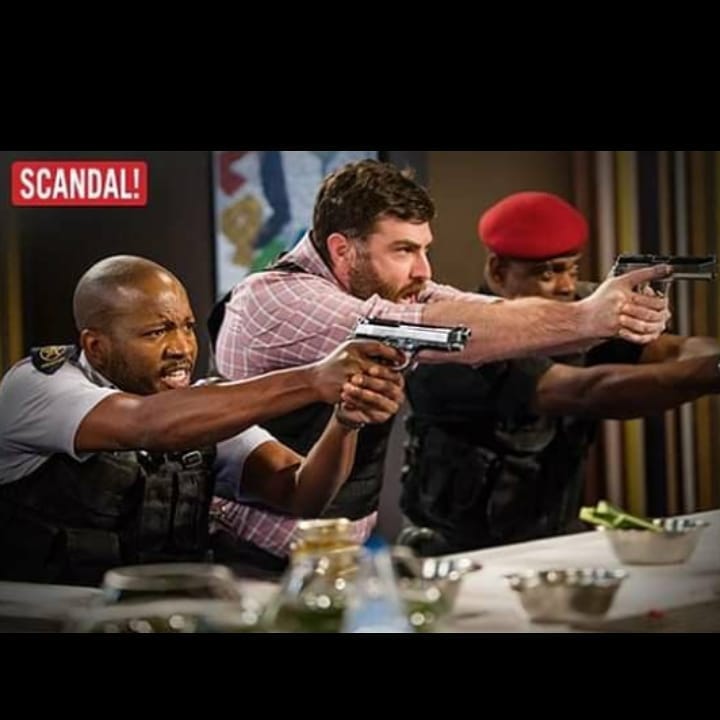 After quitting soccer, Thapelo was back home in Hammanskraal depressed about the future and he came across a poetry and story book which reminded him of his art skills and he knew from then that he wanted to become an actor. So he then applied at the University of Pretoria to study Drama.

In his third year of study, Thapelo got a big gig at travelling show. They used to perform in schools around South Africa. After this Thapelo left the University and joined a company called Past and got to perform in the country and other African countries like Tanzania. By then he had not graduated so he decided to go back to university to finish his degree. It was during this time that he met his agent who was looking for actors for the shows such as Home Affairs, Sins and Sinners, Shred and Dreams and Scandal.

“At Scandal I auditioned for Bongani’s part, I think Bongani was this guy that s.e.xually assaulted Dintle in the show, Yeah! I didn’t get that part, then few months later I got a call that I should  come through and bring Javas, which was initially just a feature extra,” said Thapelo Aphiri. ² 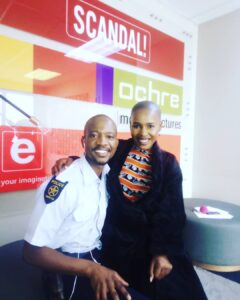 Javas and Phindile on Scandal