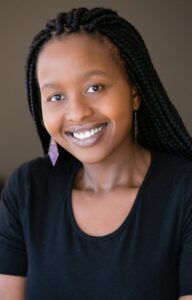 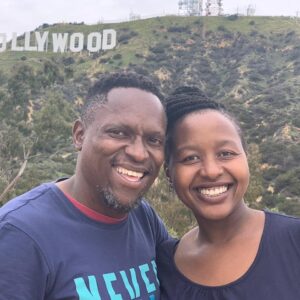 Thandeka Nodada (born as Thandeka Malinga) was born on 07 March 1983 in KwaMakutha, KwaZulu-Natal in South Africa. Growing up Thandeka loved acting and from the moment her high school teacher recognised her passion for acting, Thandeka never looked back.
She is the only person from KwaMukutha township who studied drama.

Who is Thandeka Nodada’s Husband?

Thandeka is married to Zuko Nodada and they are blessed with three children.

Thandeka holds a National Diploma in Drama from the Durban Institute of Technology. She also studied a BA in Communication Science at UNISA
Thandeka Nodada studied Drama at Tshwane University of Technology. She enrolled in 2001 for Drama at TUT and graduated with B tech in Drama in 2004.¹ 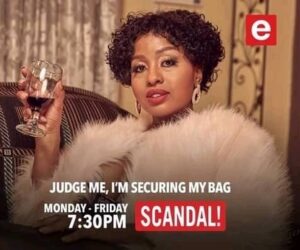 In 2006, the makers of Tshisa spotted Thandeka playing a cameo role in Mtunzini.com and offered her the role of Thuli in Tshisa drama series. She has acted in the television series including A Place Called Home, Bay of Plenty, Erfsondes and Izoso Connexion. In 2021, Thandeka joined Scandal as Nonzi. Nonzi was Ndumiso’s girlfriend but she has turned out to be a homewrecker after she has initiated an affair with Mlungisi Ngema.² 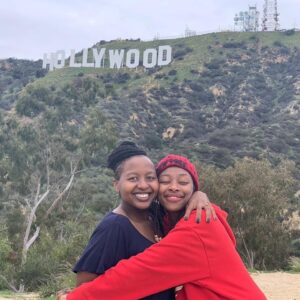 Thandeka in Hollywood with her family and friends

She has also acted in a number of television commercials for clients including Ricoffy, Finish dishwasher, MTN, Vodacom and Assupol. Her corporate and industrial theatre credits include IEC, South African Airways, BHP Billiton, Sun International and Edcon.

What does Thandeka Nodada do apart from acting?

Apart from acting, Thandeka is a Director, Producer and Casting director. She was the Executive producer of THE FINAL CHAPTER PRODUCTION from 2018.

Related post: Get to know Zinzile Ngema in real life