Tebatso Mashishi is a 28 year old South African actor, writer and rapper. He is best known for portraying Kgosi on Muvhango. Tebatso has albinism but it didn’t discourage him to become what he always wanted to become. 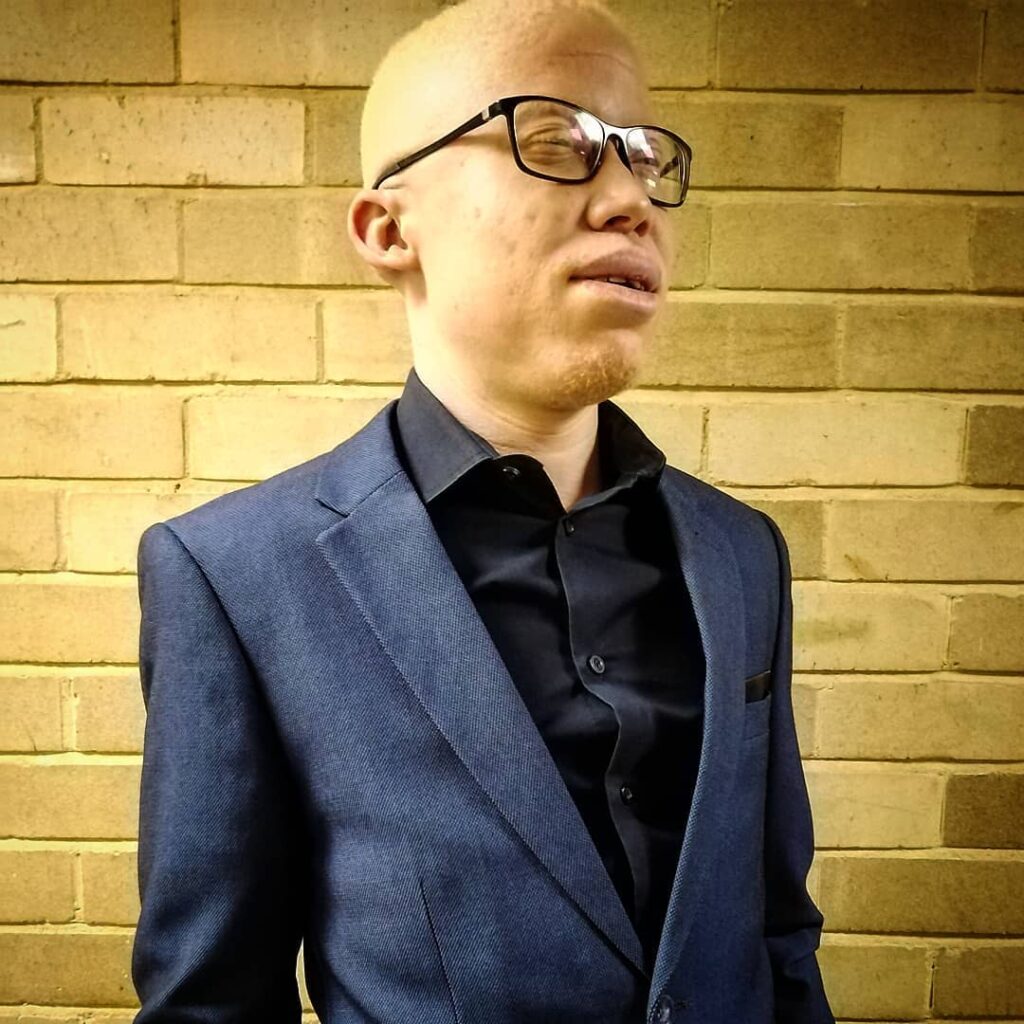 Tebatso Mashishi was born in 1993 in Moletlane village in Zebediela, Limpopo Province in South Africa. He is the only child of his parents. As a result of his skin condition of albinism which makes him vulnerable to sun light, he spent most of his childhood indoors.

Growing up indoors, Tebatso would watch TV and read books. These indoor hobbies gave birth to his love for acting.
“There was a stage in my life that I couldn’t go out to play with other kids because of the obstacle with the sun and we didn’t know about sunscreen,” said Mashishi.

Tebatso’s family resettled from Limpopo to Mpumalanga at his young age. After that they relocated to Atteridgeville, Pretoria where he had his final years of childhood.

Tebatso studied Maths and Science in high school. This was before he realized his potential in arts. Then he enrolled at Tshwane University of Technology (TUT) to study Drama.

During his academic time at TUT, he played variety characters on stage. Later on he was featured as a camera man Sotho series called Ya Lla that aired on Mzansi Magic in 2015. [¹] 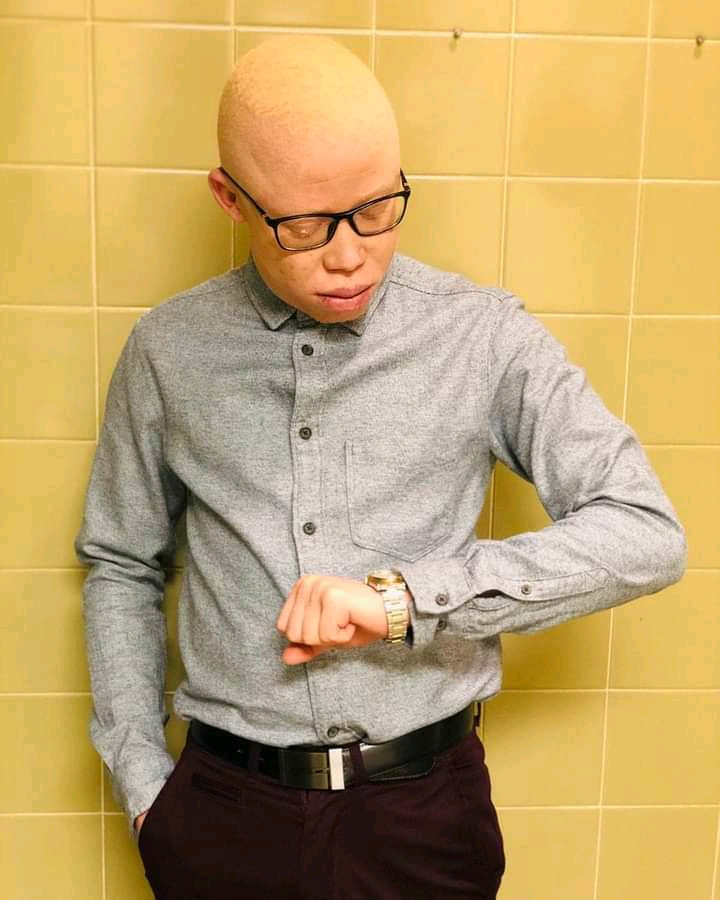 Image of Tebatso who plays Kgosi From Muvhango!

Tebatso made his debut appearance on television when he played Biza on Yi Lla in 2015. In 2017 Mashishi scored the role in Matwetwe after graduating from TUT. After that he focused on industrial theatre while waiting for its release in 2019. Then in 2019 he landed a role of Kgosi from Muvhango.

The role of Kgosi on Muvhango

On Muvhango Tebatso plays the role of Kgosi. Kgosi is a nerdy and bookworm. This role is very essential at changing how people view albino people because of how they’re depicted in the society. He also played a role as a cool wannabe rapper Papi in Matwetwe. Which was an important role as most albino people are casted being victims rather than treated normal like everyone else.

“It’s refreshing to play a cool hero in Matwetwe and nerd in Muvhango. Kids living with albinism can be able to see themselves at home associated with positivity and reflected on screen,” he said.

Tebatso is a male actor with albinism. He is currently single and confessed that Mjolo (dating) is showing him flames like everyone else. During his Muvhango debut shooting, he invited her mother to see the shooting but his mother hesitated. He was heartbroken because his mother died before seeing him shoot Muvhango, he couldn’t even spoil her with his first cheque.

Tebatso is multilingual person, he speaks Setswana, Sepedi, Tshivhenda, English, Sesotho and IsiZulu. His favourite movie is Dark knight. His favourite actor is Presley Chweneyagae and his favourite musician is Nasty C.