Simphiwe Majozi is a South African born actor and musician. He is well known for acting Sbu on SABC1 telenovela called Uzalo, the most watched telenovela in South Africa.

Simphiwe Majozi, born November 7, 1989, is a South African actor and musician. He is well known for playing Sbu on SABC1 soap opera, called Uzalo. The Uzalo actor was born in family of ten siblings and he is the last born of the family. His father was a pastor so this means he and his siblings grew up in church. Majozi attended Mahlabathini High School and he then later enrolled for marketing management at the Universal College Outcomes in Pietermaritzburg.

Mr Majozi’s love for music began in his father’s church where he sang and was involved in a lot of plays. His first acting job took place when he was nine years old. This was on a play that his brother Xolani Majozi, who is the manager of Lady Smith Black Mambazo. “While my friends were playing after school, I was busy rehearsing,” said Simphiwe in an interview with pressreader.com. 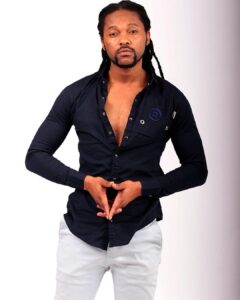 The Uzalo actor always wanted to study drama but his family discouraged him thus he went to study marketing management. When Simphiwe came to Uzalo he had only one scene but he managed to impress the producers and they created a story line specifically for him. On Uzalo, Simphiwe is known as Sbu, a funny thug who is making money from smuggling cars.

The Uzalo thug has always been into music too. He kept it a secret for the “what will people say!”  kind of reason but has chosen to come out about it when he released his first single Nizobona Ngomopho.

The Uzalo actor and musician is currently in a relationship with his high school sweet heart. Even though he desires a family he and his bae are not in hurry to have one.